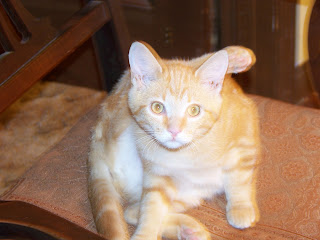 Welcome to Cool Japanese Words Week at Goat Rope. This series looks at interesting (to me anyhow) concepts from the martial arts and related Zen traditions that might be useful to people interesting in making the world less nasty.

Yesterday's word, kamae, was about a state or readiness before going into action. Today's word, zanshin, is about the state that follows the completion of action. Literally, it means something like remaining mind, but it is really hard to unpack.

Imagine the silence that follows immediately from a powerful live performance of Beethoven's 9th Symphony that just stands there and is as strong in its way as the music itself.

In karate, zanshin is the state that should follow the completion of a kata or a real application of techniques. Katas are solo exercises of pre-arranged series of fighting movements that have been passed down from generation to generation. They can be beautiful to watch when properly performed and contain a multitude of practical applications.

Each one is different but they follow a similar pattern. They begin and end with a bow, illustrating the maxim that "karate begins and ends with courtesy." They commence with a state of kamae or readiness. The first move is generally defensive, reflecting the moral maxim that "in karate there is no first attack."

After a series of explosive movements that also contains the contrasting elements of speed and slowness, hardness and softness, and expansion and contraction, the sequence ends in perfect stillness. But somehow the awareness and intensity continues silently after all motion has ceased.

I told you it was hard to translate. But here's an example.

C.W. Nicol relates how a senior sensei explained zanshin in his book Moving Zen: Karate as a Way to Gentleness:

...Zanshin is comprised of two characters. The first one, 'zan,' means to remain, to continue. The second one, 'shin,' means heart or mind. When the movements of a kata are finished, do not think that the kata is finished, do not relax your attention and spirit. You must come to the closing position, keep your eyes ahead, your body and spirit ready for anything. You must be aware of all that is around you. Kata is not just a practice of movements, and neither is it a way of retreating into your own self. When you practice kata you must be acutely aware. You must have a mind like still water, reflecting all things. Finish your kata with zanshin, otherwise, no matter how brilliantly you perform it, it will be considered a failure.

It's easier to see than describe. Nicol reports that

From then on, I watched the teachers and high ranking black belts much more closely when they finished their kata. Their performance of kata flowed, and the flow of the kata did not end with the cessation of bodily movement. How difficult to catch this feeling, to explain it!...

With lower-ranking belts, even with most brown belts, the flow was cut off when the kata movements were completed, like a clockwork doll that had suddenly been switched off. Without good "kamae" or readiness at the beginning of the kata, and without zanshin at the end, the kata was only a physical exercise, and not a moving practice of Zen.

Some lines from the Tao Te Ching may help to explain the practical importance of zanshin:

People usually fail when they are on the verge of success.
So give as much care to the end as to the beginning.
Then there will be no failure.

RECOVERY. The Senate passed its version of economic recovery legislation yesterday, which will now go to conference with the House. This would be the time to push for getting it right. Here's a simple action you can take today.

SPEAKING OF WHICH, we lost nearly 600,000 jobs in January and there's no end in sight. The Economic Policy Institute reports that there are now 4.1 job seekers for each available job.

OBJECTS OR EXPERIENCES. Which of the two are more likely to make people happy?

URGENT ANTARCTIC WORM UPDATE here. It makes its own antifreeze and goes into suspended animation when it dries up. How cool is that?