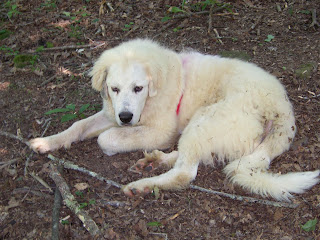 One interesting thing that happens when you encounter a different language is that you find words that are full of meaning but are hard to translate into your native tongue.

One example is the Greek word kairos, which can be translated (badly) as time, but means so much more (something like "the time is at hand" or a time of crisis or decision).

There are quite a few words in Japanese that contain concepts that people interested in making the world less violent or more just might find useful. Many of these originated in the martial arts but their application goes far beyond that.

(Full disclosure: my Japanese is limited to technical terms and a Japanese-American friend laughs at how I butcher the words I know.)

Not surprisingly, many of these words are related to paying attention. There's an old Zen story about a student who asks a master for the inner meaning of the dharma. The master takes up his brush and writes the word "Attention."

The student isn't satisfied, so the master writes "Attention, attention."

Woody Allen is often quoted as saying that 80 percent of success is showing up. I wouldn't argue with that. But a lot of the other 20 probably has to do with paying attention.

Tomorrow's word is kamae and it's all about attention.

SPEAKING OF WHICH, I'd advise paying attention to the economic recovery vote in Congress this week. The Senate and House versions are very different and will have to be reconciled.

Unfortunately, the Senate version reduced aid to states and for urgent human needs programs such as food stamps, unemployment and covering workers who lose insurance along with their jobs. Here is Paul Krugman on that subject.

The American Friends Service Committee is still offering a toll-free number for people to call their representatives in support of President Obama's plan and to call for improvements in the final bill. The number is 1-800-473-6711.

A RECENT ECONOMIC CASUALTY is Blenko Glass, which recently shut down production. Here's an op-ed of mine on that sad news.

MONEY FOR NOTHING. A new report by the WV Center on Budget and Policy looks at economic development policies that give away state money and get little or nothing in return.

FRYING OUR BRAINS. Are we overdosing on digital devices?

I love Krugman
I love your blog

So interesting the "attention, attention"

Every month we start with a prayer,
"Chazak, Chazak" which means Courage, Courage. . . it seems so relevant