WV teachers: leading the way and passing the torch 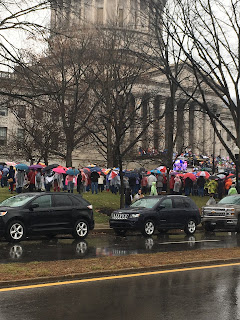 You never know when positive recognition can come from unexpected sources. A case in point is the recent release by Forbes of a list of "The World's 50 Greatest Leaders." In it, West Virginia teachers came in at number 31. Here's what Forbes had to say about them:


For years, it has been universally acknowledged that American public school teachers are woefully underpaid—and considered a given that it has to be that way. Late last year, thousands of West Virginia teachers rose up and said, “Enough,” mobilizing on Facebook and defying their union to strike for fairer pay and higher standards. (They did it thoughtfully; while not teaching, they made sure students who qualified for free at-school meals got fed.) After nine days, West Virginia’s legislature granted them their first raise in four years. The teachers touched off a movement now playing out nationwide, inspiring educators in Kentucky, Oklahoma, and Arizona to follow their lead.

Some others who made the list were Bill and Melinda Gates, Oprah Winfrey, Serena Williams, and the #MeToo movement.

(I would have bumped our people up a bit on the list, but at least they made it.)

It was a victory with legs. Aside from pay increases for teachers, school workers and all state employees and improvements in the insurance system, the strike inspired militant actions and concrete victories in other states.

Kentucky teachers won enhanced funding for education that included a $480 million tax increase, with legislators overriding a veto by a governor with a knack for putting his foot in his mouth. Oklahoma teachers didn't get everything they hoped for but won a $6,000 pay raise, increased revenue and a bit more in education funding. Arizona teachers voted last night to walk out. I wish them all the best.

On a personal level, the strike had a musical impact on me. For years, I never cared much for the song Country Roads, which geographically seemed to be more about Virginia. Now that it's become a labor anthem thanks to the teachers, I've had to rehabilitate it.

As for Twisted Sister, I've always been a fan...
by El Cabrero No comments: 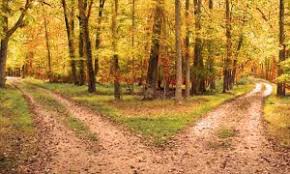 I've been thinking about lately about the contrast between two of West Virginia's prominent Democratic politicians: US senator and former governor Joe Manchin, who is running for re-election,  and state senator Richard Ojeda, who is running for congress.

(Note: It is the official policy of Goat Rope not to engage in any form of electioneering or candidate endorsement. But that doesn't preclude commenting on political issues or politicians.)

According to a recent poll, Manchin's approval rating dropped by 17 points in the last quarter. That poll could well be an outlier, but the drop is pretty steep. I haven't seen recent Ojeda polling, but it seems pretty clear that he is surging in popularity.

Ojeda was widely--and rightly--seen as a champion of teachers and school workers during the recent strike. As far as I could tell, Manchin remained silent about the strike on social media until the day before it ended, aside from one news story in which he called for a post-legislative special session.

I may have missed other coverage, but I was looking for it at the time and didn't find it. It really seems to me that Manchin missed a great opportunity to be seen as a strong supporter of working people. And that his numbers would look quite a bit different if he'd have taken the chance when it came. It's too soon to tell whether the poll was a fluke or whether Manchin will get his groove back, but I think there's a lesson here.

Manchin is at his most comfortable talking about "common sense," common ground and bringing people together. And there are times when that can work. But there are other times when it's necessary to take a stand and draw a line. As the Book of Ecclesiastes said, to every thing there is a season, "a time to rend and a time to sew."

Keeping with the biblical theme, this probably isn't a good year to be a Laodicean, which in the Book of Revelations was a church criticized by the risen Jesus as being lukewarm:  'I know thy works, that thou art neither cold nor hot: I would thou wert cold or hot. So then because thou art lukewarm, and neither cold nor hot, I will spew thee out of my mouth."

Whoever has ears, let them hear.