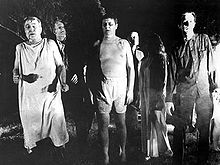 OK, for the record, I never swore off blogging about zombies. I just said I planned on cutting back a bit. And I have, mostly.

But a friend sent me this item about how Delaware County Ohio health officials used volunteer “zombies” to help with a hazardous materials decontamination drill. When the call for zombies went out, people came from as far as 100 miles away to join in. They were given instructions for makeup and those who needed it  got help in that department. There was even a “best zombie walk” contest.

Fortunately for the volunteers, they were decontaminated with a fire hose and candy rather than having their brains whacked.  But some zombiephobes, including no doubt my over-educated daughter, would want to remind the public that real zombies won’t go down that easy.

(Said daughter also has a thing about bears…which makes me wonder about the possibility of a zombie/bear alliance.)

GEARING UP FOR THE SOCIAL JUSTICE FIGHTS OF 2012? Click here.

ARGUMENTATIVE TEENS may not be such a bad thing.

Email ThisBlogThis!Share to TwitterShare to FacebookShare to Pinterest
Labels: 2012, bears, teenagers, the end of the world, zombies

When I learned that Ohio officials suspended activities at a well pumping fracking liquid underground after several earthquakes in the area, I felt a little jealous.

I hate to say it, but I don't think something like that would never happen in West Virginia. Given the fact that  too many state leaders have such cozy relationships with extractive industries, it would be unthinkable that they would inconvenience any such industry in the least regardless of the damage done to the public or the land itself.

SO THAT'S WHY IT WAS A LOUSY YEAR. Here are some pretty telling charts about the state of the economy in 2011.

THIS THING ON SCORPION EYES kinda weirded me out. 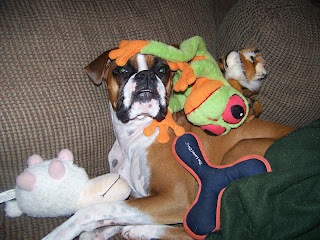 El Cabrero is generally OK with resolutions, New Year's and otherwise. One that I plan on working on this year is breaking the freeze. The term "breaking the freeze" comes from Rory Miller's writings about violence and self defense, but the idea applies in lots of situations.

Here's how I break it down. Sometimes, when people are in dangerous or simply high pressure situations, they tend to freeze up. Freezing up was once probably an evolutionary adaptation to predators, which often track motion. But it can get you killed or, in less dramatic situations, can cause all kinds of problems, even on as simple a scale as procrastinating and causing work to pile up.

The important thing to do when you are in freeze mode is to recognize it and force yourself to do something. Once you break the freeze by actually acting, you're better able to deal with the situation. One thing I plan on working on this year is breaking the freeze in the sense of making it a practice to make myself jump in and do the things I'd rather delay or not do at all.


Starting tomorrow. Or maybe the day after.

FAMILY VALUES? Here's an interesting Gazette editorial on how the recession and economic hard times are affecting marriage.