It's starting to feel a bit like fall in El Cabrero's beloved state of West Virginia, which means among other things that I need to get to work on that wood pile this weekend.

Meanwhile, a few items caught my eye today. First, here's Dean Baker and what to like and not like about Obama's jobs plan. Second, here's Paul Krugman on the GOP's "let em die" approach to health care. And finally, here's an urgent dinosaur feather update.

Cheers!
by El Cabrero No comments:

The big news in many parts of West Virginia today--and especially the southern coalfields around Logan County--is that singer Landau Eugene Murphy Jr., who formerly washed cars at an auto dealership, was voted the winner last night on America's Got Talent.

Murphy has been no stranger to hard times and was even homeless for stretch, but his victory brings $1 million, a recording contract and the chance to open in Las Vegas.

While he obviously needed votes from all over the country to win, West Virginians were pulling hard for him. In Logan, people would come together to watch the show and cheer. West Virginia's acting governor Earl Ray Tomblin, also from Logan County, urged state residents to vote for him. I even saw a billboard supporting Landau in Huntington earlier this week.

West Virginians, whatever our differences, are a pretty tribal crew and we're always excited when one of our own makes good. A story like this is the stuff of movies, and I wouldn't be surprised if that happens one of these days.

Congratulations and all the best to Landau in the future.

SHIFTING THE DATA. Here are 10 things to note from the release of the latest poverty data.

WHILE WE'RE AT IT, here's a look at 11 unpleasant facts about America's unemployment problem.

IS THERE A GENE FOR OPTIMISM? Maybe kinda sorta.

The Census Bureau released its poverty data this week and the results were pretty much what you would expect with a persistent recession and/or a very weak recovery further weakened by the phasing out of Recovery Act programs. Without the latter, things would have been much worse.

For an overview, here are the comments of Robert Greenstein of the Center on Budget and Policy Priorities and here's an article about the situation in West Virginia.

OKAY, LET'S LOOK AT SOME BUGS. Having satisfied my duties as a social justice blogger, I now suggest you check out this Wired Science post which shows close up pictures of scary monsters. Fortunately, these monsters are way smaller than we are. 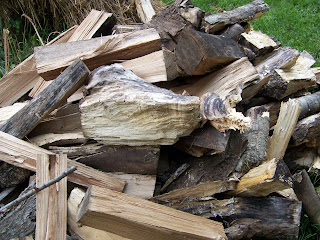 Evolutionary psychology is a disciple that has taken off in recent years (although some Republican presidential candidates may not have gotten the memo). It basically examines how natural selection has shaped human beliefs and behaviors.

An example of this is the idea that people are hardwired to look for agency in the world. Agency in this sense means intelligence and purpose. We tend to see the world as inhabited by beings more or less like ourselves, i.e. with intentions, thoughts and feelings. This belief was adaptive in the sense that false positives (thinking there is a tiger when there is no tiger) are safer than false negatives (thinking there is no tiger when there is).

In a word, we are all animists by nature. Who, after all, hasn't spoken to their car or some other inanimate object at one time or another?

El Cabrero is as devout an animist as his hunter gatherer ancestors. My agency detector has been particularly active lately in trying to reduce a disorderly wood pile into nice, wood stove sized pieces to burn this winter.

The woodpile has been there a while and all the easy pieces have long since been split. The ones that remain are tough and knotty. Some indeed seem to be imbued with a preternatural obstinacy and malevolence as they resist the splitting maul and all that a wedge and a sledgehammer can throw at it. Such a trait might be commendable in a living tree but seems highly inappropriate in a piece of dead wood.

In the case of some particularly stubborn pieces, it gets personal. I have probably expended more calories on a few of them lately than they will put out this winter. After a while, it's less about heat than vengeance. When at last I stand victorious over the shattered foe, I exult over the remains like some kind of atavistic troglodyte, saying, in effect, "Take that, ************!"

NOTE...El Cabrero is on the road and too lazy or busy to hunt up links.
by El Cabrero No comments: