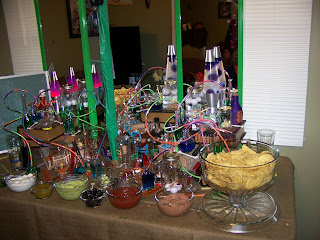 El Cabrero has a daughter, known herein as La Cabrita. 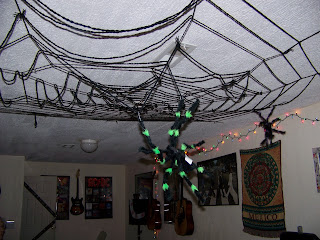 She is a fairly sane person, except once a year. 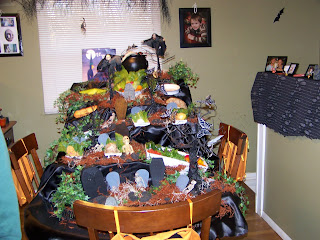 That would be Halloween, when she pulls out all the stops. 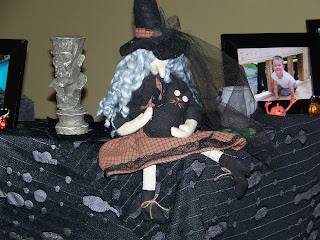 Compared with it, she says, "Every other holiday is just blow hole." 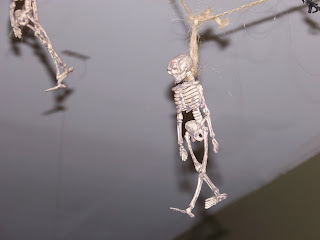 "When else can you be whoever or whatever you want to be?"
by El Cabrero No comments:

Email ThisBlogThis!Share to TwitterShare to FacebookShare to Pinterest
Labels: Halloween 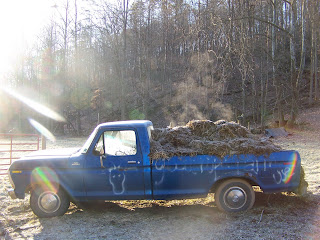 Talk about a steaming load.

Lots of people are aware of Arizona's tough and controversial anti-immigration bill. NPR yesterday morning had an interesting feature about what REALLY went on behind the scenes.

It turns out a private, for profit corporation, Corrections Corporation of America, sees locking up immigrants as a potential growing new "market" for their business. CCA types and sympathetic politicians hooked up at a meeting of the conservative legislative group ALEC (American Legislative Exchange Council) and drew up a model bill. CCA and allied groups also provided campaign contributions to most of the sponsors.

The idea was that the immigrants to be locked up by the new law would be detained at a private prison run by CCA.

It's just business. And perfectly legal.

It does kind of make one wonder, however, what the next stunt to increase market share might be...

SPEAKING OF STEAMING LOADS, here's a piece on Wall Street's effort to shift the blame for the economic meltdown to poor people.

BALLOT INITIATIVES. Here's a look at a few that are on the menu around the country. I'm so glad WV doesn't do this stuff.

LOOKING AHEAD. Here's one gloomy prognostication.

HEALTH CARE REFORM. WV Senator Jay Rockefeller was a champion of health care reform and he's not running away from it now.

EARLY HUMANS may have hit the road earlier than had previously been thought.

NATURE RED IN TOOTH AND CLAW DEPARTMENT. Assassin bugs have a neat trick for making a meal of spiders. 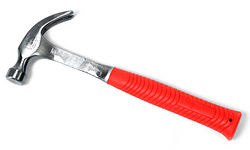 There is an old saying that when all you have is a hammer, everything looks like a nail. We tend to get pretty attached to our hammers and use them whether they make sense or not.

(The problem with thinking everything can be fixed with a hammer, as any West Virginian can tell you, is that it leaves duct tape out of the equation altogether. But I digress.)

This is yet another thing I find useful in Buddhist thought, especially for people interested in social justice. Activists can get stuck in ruts--or sometimes time warps--doing the same things over and over. I love rituals--but not ritualism.

The Buddha taught that "attachment to form is a hindrance," which means that having fixed ideas about how things are or what to do can get in the way of getting anything done. Every day, every situation, every conflict is unique and demands a unique response, which may or may not look like anything that went before it.

IN CASE YOU PLAN ON LIVING A LONG TIME, here's some advice.

OR, IF NOT, here's something on near death experiences.

ON THE SUBJECT OF DEATH, sitting a lot could make it happen quicker. 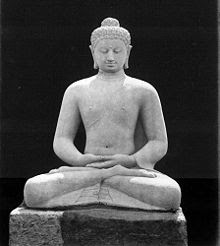 Off and on over the years, I've tried to read the writings of the late French anthropologist Claude Levi-Strauss. Don't ask me why. It's probably a self punishment thing or an effort to purify evil karma.

I never got very far. I think the only book of his I made it through was a little one about the Oedipus myth (Freud's take was way more fun to read).

However, I do think I agree with one of his main ideas, assuming I've got it right. He seemed to think that people are hard-wired to use binary classification systems like raw/cooked, civilized/savage, good/evil, us/them, etc. That kind of thing can be useful a lot of the time and probably worked best in the relatively simple environment in which early humans evolved. But it can also get us in big trouble.

One other useful idea from the Buddhist tradition is that of non-duality, which kind of grows out of the idea that all things are anatta or without self. Non-duality emphasizes the connectedness and relatedness of all things. As some Buddhists put it, we "inter-are."

I don't think things work too well that way most of the time. Non duality for me means that there should always be mutuality, fluidity, interaction and give and take.

ASTROTURF AND TEA. Here's another look at the Tea Party and its billionaire funders.

CURIOUSER AND CURIOUSER. Rumors of a sale of Massey Energy continue to swirl on Wall Street. If it happens, a certain CEO would get a golden parachute, of course.

FAREWELL, SWEET PRINCE. An octopus that predicted the outcome of World Cup soccer games has died, apparently of natural causes. May he be reborn in the Pure Land of Amida Buddha.

SORRY, BEN FRANKLIN, but crows are tool using animals too. And they teach their young to do the same. 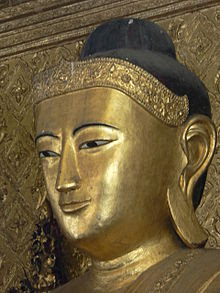 Several years ago, a friend and I spent a day and night at a Theravada Buddhist monastery in the eastern panhandle of West Virginia. It was old school (which is kind of what "Theravada" means) as in no food after the noon meal, hour-long meditation sessions, chanting in Pali and English.

The main item on the bill of fare was mindfulness meditation. We were supposed to be mindful of every step, every breath, every bite of food. The scripture that we chanted was the Mahasatipatthana Sutta or Great Discourse on Mindfulness.

During the sitting sessions, we were supposed to focus on the breath. When the mind wandered, as it inevitably did, we were to note the thought or feeling without reacting to it and return the mind to the breath. Over and over again. The idea was to develop one-pointed concentration and ultimately the ability to apply awareness to all activities.

The closest I came to one-pointed awareness that day was thinking about how bad my knees were hurting. As I've said before, seated meditation isn't my strong suit; the moving kind works best for me. But one of the main points of either kind is simply paying attention. We are on automatic pilot most of the time, but with practice we can learn to bring conscious awareness to all kinds of things.

That would be another practical Buddhist insight for people interested in social justice. There is and never will be any substitute for paying attention to what is going on. Noticing things is the first step to changing things.

FROM THE UBER-BLOGGER OF ALL THINGS COAL. Ken Ward of Coal Tattoo had two interesting posts yesterday. The first is about changes in a possible severance package for Don Blankenship if Massey Energy is sold, as some rumors hold. The second is the warm and tender relationship between that company and former WV supreme court justice and current congressional candidate Spike Maynard.

IT'S ALMOST DRESS-UP-YOUR-DOG-DAY. Whether they like it or not. 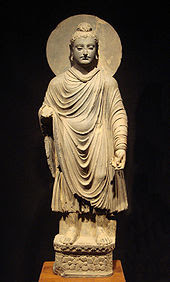 I recently finished reading (really, listening to) Half the Sky: Turning Oppression into Opportunity for Women Worldwide by Nicholas D. Kristof and Sheryl WuDunn. The book was a bit grim but eye opening about the plight of women in many parts of the developing world.

One phrase that stuck in my mind from the book was "relentless empiricism." In context, the authors believed that people interested in development should be driven by reality rather than ideology or rhetoric. That phrase also reminded me of another useful aspect of Buddhist thought.

The Buddha may have been the original relentless empiricist, for he counseled his followers to accept nothing on the basis of faith, tradition or scriptures but rather to test all in the light of their own experience. This saying is attributed to him:

He even encouraged non-attachment to his own teachings, comparing them merely to a raft to get from the bad side of a river to the good side. Once across, he taught, there is no need to carry the raft around.

FALLING. Here are some musings by Paul Krugman on the economy, the elections, and missed opportunities.

ASTROTURF. This item looks at the big money behind a "grassroots" movement.

MORE ALONG THAT LINE here.

A MORE IDEALISTIC TIME. A first generation member of the Peace Corps (and a friend of mine) looks back on his tour of duty here.