Who was Santiago anyway?

The Camino de Santiago means the way of Saint James, but there are three of them in the New Testament.

Our guy is sometimes referred to as James the Greater. He was the son of Zebedee the fisherman and brother of John. According to one tradition, his mother was Salome, one of Jesus’ women followers and supporters.

There was also among the Twelve James son of Alphaeus, sometimes unflatteringly know as James the Less.

More interesting was James “the brother of the Lord,” also know as James the Just, who is referred to in Acts and Galatians. He was a leader of the Jerusalem congregation. The contemporary Jewish historian Josephus refers to him as “brother of Jesus who was called Christ.”

Back to our guy. When Jesus called James and John to follow him, they left Zebedee holding the bag-or in this case the nets.

In the first three gospels, James, along with John and Peter, were in Jesus’ inner circle and were there for key events, including the Transfiguration.

No disrespect intended, but James was a bit of a screwup at times. He and his brother stirred up controversy among the Twelve by wanting front row seats in the Kingdom. They also wanted Jesus to call down a fire from heaven when they were hassled by Samaritans. For that, Jesus called them “sons of thunder.” He also snoozed with John and Peter while Jesus prayed in Gesthamene even though Jesus asked them to stay awake with him.

I find it comforting to think that Jesus had/has a soft spot for screwups.

James shows up again in Acts, where he is beheaded by Herod (probably Herod Agrippa around  44 AD). He wasn’t the first Christian martyr—that honor belongs to Stephen—but he seems to have been the first among the Twelve to die for the faith.

(Herod later gets his, being “eaten by worms” apparently before his death. Yuk.)

If that wasn’t eventful enough, Santiago’s story gets even weirder after his death.

More about that next time.
by El Cabrero No comments: 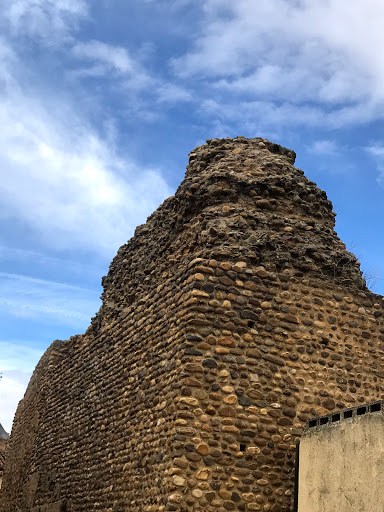 A couple nights ago, I stayed in a village called Terradillo de los Templarios, which translates as little field of the Templars.

The Knights Templar was a medieval monastic/ military order founded during the Crusades ostensibly to project  sites sacred to western Christians. They also eventually became protectors of pilgrims, in Palestine as well as places like the Camino in Spain. In fact, due to military reversals in Palestine, they shifted more of their attention elsewhere.

They developed a very sophisticated financial system and became incredibly wealthy, which proved to be their undoing.

One of their debtors was King Philip of France, who trumped up incredible accusations alleging blasphemy, idolatry and other practices among the Templars.

(Note: they probably did get a little weird with their rituals, as guys tend to do when left to themselves too long, but nothing as weird as what they were accused of.)

Philip moved on the Templars under his power on Friday the 13th of October 1307. Some say this is why that’s considered an unlucky day. Many were tortured and burned at the stake, including the order’s leader Jacques de Molay. The order was dissolved in 1312, although Templars fared better in other places.

The order lives on in folklore and even conspiracy theories. Some think the survivors hid the Holy Grail, the cup used by Christ at the last supper. Others believe the Templars continued secretly and were involved with the Freemasons and other secret societies.

It’s the kind of thing that keeps Dan Brown and others cranking out thrillers. For a more literary fictional take, check out Umberto Eco’s Foucault’s Pendulum.

A bit farther west, the Camino leads to and old Templar castle I’m eager to check it out.
If I find the grail I’ll let you know.
by El Cabrero No comments:

One of the many books I’ve read about the Camino in the last few months (I think it was fiction) divided the French Way into three parts.

From Roncesvalles to Burgos signified life, Burgos to León was death, and León to Santiago was rebirth.

I’m not sure about that but I did hit a low point in the middle of the death part a couple days ago. It wasn’t my feet; I’ve been pretty lucky with them so far. It was my shoulders, both of which have old injuries that felt like spikes before I ever thought of the Camino.

I think I got them while nearly getting my arms torn off doing judo and ju jutsu. Thanks, guys...

My pack isn’t that heavy by wilderness or military standards. Probably 25 pounds at most. But lugging it all day every day caused major pain to those old injuries that kept getting worse no matter how I adjusted it. So much so that it almost drowned out everything else.

My neck was so stiff I could hardly move my head. I was really down.

Metaphorically speaking, I was tempted by the devil. In the wee hours, he whispered “ship your pack.”

People do. It costs 4 or 5 Euros a day. I don’t judge those who do, but it didn’t feel right for me. I almost did, but in the last moment I decided to try one more day.

It got a little better. Today I felt great lugging it over 20 miles. I’m so glad I didn’t.

Why make a deal of this? In the yoga school I’m connected with, we have a crude saying: “Own your shit.” As in acknowledge what you’re carrying.

I think if I brought stuff across the Atlantic for this pilgrimage , I should carry it.

It increases the physical challenge, but it also is a good metaphorical way to acknowledge the baggage we all carry, the heavy karma and burden of sin, original and individual.

If my body holds up, I hope to carry it to Santiago and beyond.

But I do look forward to laying the burden down, literally and metaphorically.

(Last thought: we’re often tempted to give up when something gets hard. Interval training, marathons, martial arts bouts, or—hardest—real life. But sometimes, not always, if we just hang on a just a little bit more things change and we can go on. Jesus said “those who hold out to the end will be saved.”)
by El Cabrero No comments:

The Camino field of stars

I’ve been in lots of churches since I started walking the Camino, but until a couple nights ago not when a service was going on.

After checking into an albergue run by kind but strict nuns (the kind with which one does not mess) I saw there was a nightly mass and blessing of the pilgrims at the church of Santa Maria.

As far as I could make out, the words of the mass were almost identical to the Episcopal service. After, pilgrims were invited to come forward to receive a prayer and blessing from the priest and the leading sister.

We were then given a little star made of colored paper to remind us of the light in darkness.
At the end, the nuns sang a hymn to Mary, the Virgin of the Camino, accompanied by guitar.

The word Compostela in the Camino is believed to be derived from “field of stars.” I hadn’t seen too many this trip, mostly because we have to be in bed by 10 lest we turn into albergue pumpkins. But in the darkness before dawn I looked out the window above my albergue bed and saw some brilliant stars.

I was reminded that Dante ended each section of his Divine Comedy with the word “stars.”
Inferno: “and we stood once more beneath the stars”

Purgatory: “eager now to rise, ready for the stars”

Paradise “like a wheel in perfect balance turning, I felt my mind and my desires impelled by the love that moves the sun and the other stars.”

Not reading on the Camino 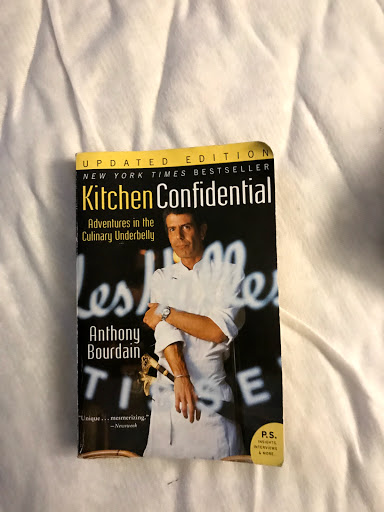 The weird thing for me about walking the Camino—aside from the daily 15-20 miles with a pack and sharing bedrooms, showers and toilets with total strangers every night—is not reading books
.
At home I like to start the day with 30-45 minutes of reading and coffee. I listen to books while driving, running, mowing, etc. and steal other moments as I can.

I made the decision to leave books, real and recorded, behind during the Camino (quick glances at the guidebook and phone don’t count). I also make it a point not to listen to music while here.

Instead I hear the wind, the sound of boots and trekking poles, my internal chatter, birds, sometimes traffic and the occasional conversation. It’s a bit of a reset for my brain.

I did bring an Anthony Bourdain book for getting here but had to leave it half read at St Jean Pied de Port in southern France because there was no room in the inn of my backpack on that first brutal day over the Pyrenees.
Whatever changes in me, if anything, after this trip, that’s one habit I look forward to resuming.
by El Cabrero No comments:

I had a conversation with a one night roommate from Madrid, between his English and my Spanish. He was insistent (and I agreed) that a pilgrim isn’t a tourist.

Don’t get me wrong- I love being a tourist, visiting places, looking around and just enjoying new places. But a pilgrimage like the Camino is all about work, about just walking to the destination with a purpose in mind.

It’s really hard, for me anyhow. My body hurts. I look around all the time, but every step that doesn’t lead to the next destination is wasted effort when you don’t have any effort to waste. Nothing is more demoralizing than missing a turn and having to backtrack.

An example: I was walking through Burgos. I know it’s a great city with lots to do, but I just wanted to get on with it. After all, as a peregino, I look even scarier than usual. I’ve been switching two sets of hand washed clothes for two weeks. And the last thing I wanted to do was walk around pointlessly with that damn pack on my back.

If I get through this before I have to catch the return flight, I’ll gladly revert to tourist mode.
But for now, peregrino no tourista.
by El Cabrero 1 comment: