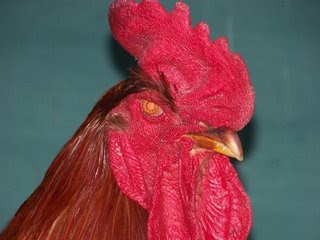 The Chicken Man in his house.

The staff of Goat Rope ceaselessly works to make this a full service blog. For your weekend diversion, here's a very easy Bruce Springsteen lyrics quiz.

1. What happened to the Chicken Man and his house?

2. What, if anything, do the poets 'round here write?

3. With what, exactly, is the highway jammed?

4. Who was checking out the weather?

5. What would it take to satisfy a king?

6. Name something that will pass you by really quickly (unless you're like Bruce).

7. Where will these two lanes take us?

8. What happened way back in the Bible?

9. What was lining Yellow Creek?

GOAT ROPE ADVISORY LEVEL: SOMEWHERE IN THE DARKNESS ON THE EDGE OF TOWN
by El Cabrero 1 comment:

The goddess Nemesis. Don't mess with this one.

It is a fact of life that sometimes the wealthy and powerful tend to overreach. So do the rest of us in different departments of life.

That is often but not always a theme of Greek tragedy. Some characters are undone by their excessive pride, outrageous actions, or desire for knowledge. One lesson that such dramas were intended to teach is to beware of this danger.

But there's another way of looking at this that may be relevant to people interested in social justice. When you're struggling against more powerful forces, often it's their very overreach that creates an opening for action.

I can't say it any better than a friend did in a conversation earlier this week in talking about a real situation folks are working on here. He said:

And, for the underdogs of the world, that isn't so tragic after all.

WHEN LESS IS NOT MORE. Many working families that still have jobs are dealing with pay cuts.

CHICKEN LITTLE REVISITED. It looks like the sky is falling again. This time, it's about health care reform.

SPEAKING OF WHICH, here's Don Perdue, one of the best members of the WV House of Delegates, on the same topic.

A REAL STIMULUS. This snapshot by the Economic Policy Institute makes the case that increases in the minimum wage boost consumer spending.

IN PRAISE OF ANIMALS. You don't have to travel around the world to be amazed and entertained by them, according to this author. His enthusiasm for the subject indicates to El Cabrero that he doesn't have goats. 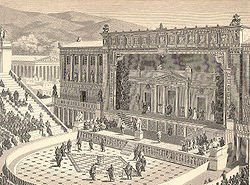 Artist's image of the theater of Dionysus.

The theme at Goat Rope lately is Greek tragedy. You'll also find links and comments about current events below.

As mentioned yesterday, democracy and tragedy grew together in ancient Athens and the latter was seen as vital to the former. I'd argue that this is still true today.

All kinds of themes and lessons run through Athenian drama, with implications for public (and private) life. One that comes to mind is the fragility of good things, to paraphrase classical scholar Martha Nussbaum. Good fortune and all that comes with it can be too easily lost.

Sometimes this happens through our own hubris and over-reaching. Sometimes we can be caught up in and brought down by a long chain of events we don't understand until too late. And then there are the times when the harder we try to avoid something, the more surely we bring it on ourselves. I hate it when that happens...

Tragedy tends to reinforce the words carved on the temple of Apollo at Delphi: Know Thyself and Nothing in Excess.

Unfortunately, the Athenians didn't heed the lessons of tragedy. Intoxicated by the wealth, prestige and power they had gained by defeating the Persian invasion, they went from being leaders of the Greek world to masters of an empire. This led to a disastrous and seemingly endless war with Sparta (search this blog for Peloponnesian War) which brought their glory days to an end.

It would be nice if we could do better.

POLITICS ON THE BRAIN. Here's another look at this topic by Nicholas Kristof.

STATE BUDGET. It looks like the use of federal stimulus money may prevent major cuts to jobs, programs and services in El Cabrero's beloved state of West Virginia.

The art of democracy 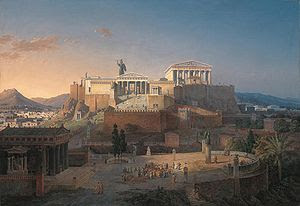 Leo von Klenze's 1846 painting of what classical Athens may have looked like. Image courtesy of wikipedia.

The polis or city state of ancient Athens can lay claim to being the world's first self-styled democratic state (although there were no doubt other ancient societies that had democratic and egalitarian features). It also gave us the word.

It definitely had some features that strike us as undemocratic, including slavery and the exclusion of women from public life (with a few notable exceptions). But to the extent that it was democratic, it was very democratic.

It is an interesting fact that democracy and tragedy grew together and that the latter was considered to be an important part of the former. As mentioned before, attendance at tragic performances was a duty of citizenship. Judging the relative merits of tragedies was also democratic, as the audience would vote for the winning author of three competing poets.

As Paul Woodruff wrote in First Democracy: The Challenge of An Ancient Idea,

The early defenders of First Democracy are mostly lost to us, except for one magnificent set of writers--the tragic poets. Aeschylus, Sophocles, and Euripides were poets of the people, proud to be Athenian, writing for prizes in contests that were decided, in effect, by popular opinion. It should be no surprise that the poets who won the prizes were champions of democratic ideas....

In ancient Athens, the citizens shared a continuing education at religious festivals. They could all see plays in the theater of Dionysus; in the fourth century the city covered the cost of theater attendance (by means of the theoric fund). In plays by Sophocles or Euripides, Athenians saw dramatizations of political dilemmas...The experience of such theater must have made the audiences more thoughtful about politics than they would otherwise have been. It was as if the whole city were following the TV series The West Wing.

In contrast, the whole of America watches only the Super Bowl. The theater of Athens was about freedom and tyranny, law and religion, power and language, even gender and difference. The theater of America is about winning. Can we do better than that?

INTERVENTION. Here's a mini-debate on government intervention in the economy from Business Week.

WHY WE STARE AT THE ELEVATOR FLOOR. Here's an evolutionary perspective.

TOOL USING ANIMALS. That is to say, birds. 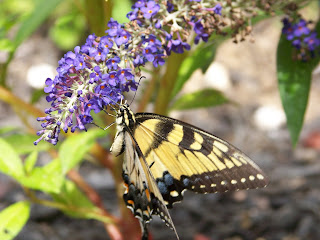 The classical scholar Martha Nussbaum opens her book The Fragility of Goodness with a quote from the ancient Greek poet Pindar, who made a career for himself writing odes for victors in the Olympic and other sacred games. He wrote:


...human excellence
grows like a vine tree
fed by the green dew,
raised up, among wise men and just,
to the liquid sky.
We have all kinds of needs for those we love--
most of all in hardships, but joy, too
strains to track down eyes that it can trust.

In other words, most of the good things or qualities we have are not inherently ours--even if they are things we've worked hard to achieve or attain. They depend on many other and external conditions, all of which are changeable and subject to loss and reversal.


The excellence of the good person, he writes, is like a young plant: something growing in the world, slender, fragile, in constant need of food from without. A vine tree must be of good stock if it is to grow well. And even if it has a good heritage, it needs fostering weather (gentle dew an drain, the absence of sudden frosts and harsh winds), as well as the care of concerned and intelligent keepers, for its continued health and full perfection. So, the poet suggests, do we. We need to be born with adequate capacities, to live in a fostering natural and social circumstances, to stay clear of abrupt catastrophe, to develop confirming associations we other human beings.

We are all, in other words, subject to fortune and reversal. One of the functions of Greek tragedy, the theme these days at Goat Rope, is to remind us that no one is immune and to warn us against assuming that fleeting good luck is something we own.

50 HERBERT HOOVERS. This NY Times editorial talks sense about the fiscal crisis many states are facing.

GOD ON THE BRAIN. Here's a link to a recent NPR series on science and spirituality.

RELIGION IN THE WAR ROOM. Here's an item about how briefings for for former president Bush were laced with biblical language.

WHAT ARE YOU LOOKING AT? Here's an item from Wired Science about why we stare.

TEXTING could be bad for teenagers'
health. 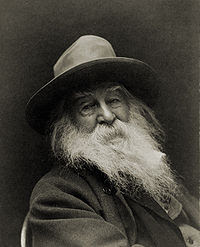 “This is what you shall do: love the earth and sun, and animals, despise riches, give alms to every one that asks, stand up for the stupid and crazy, devote your income and labor to others, hate tyrants, argue not concerning God, have patience and indulgence towards the people, take off your hat to nothing known or unknown, or to any man or number of men; go freely with the powerful uneducated persons, and with the young, and mothers, of families: read these leaves in the open air every season of every year of your life: re-examine all you have been told at school or church, or in any books, and dismiss whatever insults your soul.”