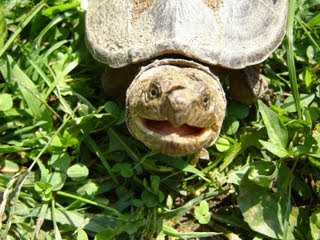 Editor's note: It is the policy of this blog on occasion to provide space for the contributions of several of the animals in and around Goat Rope Farm.

This holiday weekend we are not entirely pleased to note the return of one such commentator, a snapping turtle who declines to give his name and is known only as The Untrustworthy Reptile. We hesitate to take this step but feel compelled to do so given our strong commitment to the First Amendment, although the extent to which it applies to animals is unclear.

We must also once again remind the reader that the management of this blog assumes no liability for anyone who actually takes the advice of any such animal.

(Regular posts will resume Monday, Nov. 30 if the creek don't rise too high.)

Hey you there. Yeah, the one who looks like a blimp with feet. Jeez, you look like you're about to pop. Looks like somebody's had their snout in the trough a little too long.

Lucky for you I'm here. I have a simple remedy for overeating that'll take away that bloated feeling and make you look like a human again, not that that's any great shakes. It also fights aging and tooth decay and makes you irresistible to people you think are hot.

Let me see...where did I put that. Oh yeah, I remember now. It's in my mouth. Way back there. All you gotta do is put your fingers part way in just for a second or two. Come on, reach right in there just for a little second...

Hey! Where are you going! Come back here! I hope you do pop--I hate you! 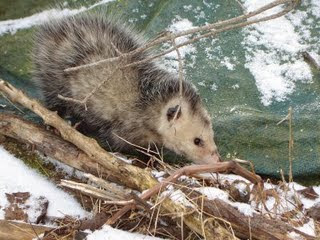 One of the great things about holidays are the enduring traditions that grow up around them. And there's one tradition at this blog that comes at this time of year. That's right--it's annual possum recipe time!

(We must remind the Gentle Reader that no self-respecting WV hillbilly would use the word "opossum.")

((We must also confess that no self-respecting WV hillbilly of my acquaintance actually EATS possums. However, as befits citizens of a state with the motto "Montani Semper Liberi" or "Mountaineers are always free," we will defend your right to do so.))

So, without further ado, here's a link to an interesting recipe for possum stew. Enjoy! 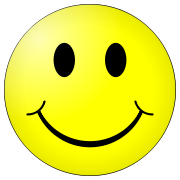 The last few days have been devoted, among other things, to giving a shout out to Barbara Ehrenreich's newest book, Bright-sided: How the Relentless Promotion of Positive Thinking Has Undermined America.

While there's clearly nothing wrong with happiness, being cheerful and having a sense of one's ability to improve things, some versions of this kind of thinking view the universe or God as a kind of cosmic ATM or good fairy, one which has nothing more important to do than to grant the wisher a Hummer, MacMansion, or some other object of conspicuous consumption.

Further, this kind of thinking has permeated a corporate culture in which CEOs are viewed as charismatic visionaries who never allow themselves the luxury of a negative thought. In that climate, anyone a couple of years back, for example, who might have suggested that sub-prime mortgage securities might not be the ideal road to prosperity might well have been dismissed or discharged as a negative person.

Even worse is the kind of magical thinking which views the universe as a projection of one's own mental attitude. In that view, people who are wealthy and powerful are getting what they deserve. Those who are dying of poverty, drowned in a tsunami, languishing without health insurance, or are blown up as collateral damage in warfare are presumably only getting back from the universe the kind of energy they sent out.

I'll pass on that one.

On the other hand, one doesn't need delusional thinking to be grateful for the good things in life. So on that note, happy Thanksgiving!

NO LINKS TODAY. El Cabrero is on a long road trip so no links today other than this earlier post from one of Goat Rope Farm's talking animals, Self Help Guru Rooster.

If anything bad happens between the time this post is written and when it's posted, please accept my condolences.

As I mentioned yesterday, Barbara Ehrenreich's latest book, How the Relentless Promotion of Positive Thinking Has Undermined America, is a real hoot. In it, she traces America's penchant for positive (and sometimes magical) thinking from roots in the 19th century, where it began as a reaction against the dour Calvinism that was such a strong ingredient of early American life.

In Calvinism, each soul has been predestined from the beginning of the world for either damnation or salvation, with most of us getting the former. There is nothing we can do about it, nor can one be totally sure one is among the elect. Believers were often urged to continually examine their consciences in fear and trembling.

That could be a bit of a downer. No wonder people sought for some kind of relief. One version that emerged in the late 1800s was called the "New Thought." According to this view, the universe was largely seen as a mental construct willing and waiting to come to our aid if we only got our minds right, to borrow a phrase from the classic movie Cool Hand Luke.

The first half of the twentieth century saw the popularity and commercial success of such enduring best-sellers as Dale Carnegie's How to Win Friends and Influence People and Norman Vincent Peale's The Power of Positive Thinking, which in turn inspired many similar efforts.

While the popularity of positivity is hardly new, modern Americans have consumed and have often been force fed a steady diet of motivational speeches, prosperity "theology," and magical thinking--even while living standards have gotten worse for millions.

Purveyors of this viewpoint sometimes promote the view that one's status and level of material success and health are primarily a matter of mental attitude, which means that people are getting pretty much what they deserve at any given time.

While clearly there's nothing wrong with having a cheerful outlook on the world, once an ideology dismisses other social factors that can hit us no matter how positive our attitude is, then it becomes just another justification for inequality.

If you buy all that, then the 10.2 percent of Americans who are jobless or the 47 million who lack health insurance or the 45,000 or so who die prematurely each year because they don't have it don't need better policies--they just need think positively.

As the saying goes, whatever.

FROM THE HORSE'S MOUTH, here's an interview with Ehrenreich about the book.

STATE AND LOCAL GOVERNMENTS are facing shortfalls which could compound the recession, reduce jobs, and cut vital services in the absence of additional aid.

SAVING THE PLANET. Here are some weird ideas about how to do that.

El Cabrero would like to take this opportunity to give a shout out to Barbara Ehrenreich's latest book, Bright-sided: How the Relentless Promotion of Positive Thinking Has Undermined America. I just finished listening to an unabridged recording and thoroughly enjoyed it.

I haven't read all her books, but the ones I have tend to fall into two categories. Some, like Dancing in the Streets: A History of Collective Joy and Blood Rites: Origins and History of the Passions of War, are interesting and sometimes speculative investigations about human history, culture and evolution.

Others, like Nickel and Dimed: On (Not) Getting By In America and Bait and Switch: The (Futile) Pursuit of the American Dream are snarky investigations of current economic and political trends. Bright-Sided is the author at her snarky best.

WHILE WE'RE AT IT, the Rev. Jim Lewis also touches on this theme in the latest twilight edition of Notes from Under the Fig Tree.

WHO'D A THUNK IT, CONTINUED. Health care reform cleared another hurdle in the US Senate this weekend after having been declared DOA on more than one occasion. The lady with weight issues has not yet sung however.

SPEAKING OF WHICH, WV Senator Jay Rockefeller continues to be a champion of reform.

TOO MUCH OR TOO LITTLE? In responding to high unemployment, maybe the latter.

HOT AIR. Here's a Gazette op-ed by yours truly about climate change and WV's response to it. 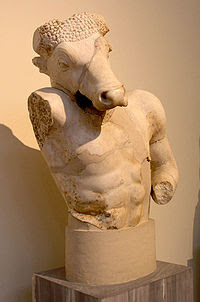 El Cabrero spends a good bit of time working on public policy issues at the state and federal level. I find it fascinating that some issues seem to rise to the surface and get a lot of attention while others--often very important ones--don't.

Sometimes, when issues get "hot," the result can be the passage of significant legislation, but other times they fade from public view for years, decades or even for good.

Sometimes openings exist to get things done and other times they don't. When an opening occurs, one needs to be able to act swiftly and skillfully. And when there is no immediate opening to accomplish a particular goal, the best one can often do is lay the groundwork to take advantage of an opening when it eventually occurs.

It kind of reminds me of these lines spoken by Brutus in Shakespeare's Julius Caesar:

There is a tide in the affairs of men.
Which, taken at the flood, leads on to fortune;
Omitted, all the voyage of their life
Is bound in shallows and in miseries.
On such a full sea are we now afloat,
And we must take the current when it serves,
Or lose our ventures.

Over the next few days, I'm going to try to follow that thread through the labyrinth. I just hope I don't get eaten by the Minotaur...

THE STIGMA IS FADING FAST about food stamp usage, as the NY Times reports. Nowadays, one in eight Americans and one in four children are depending on them.

STATUS AND US. This op-ed by yours truly on the social determinants of health came out in the Gazette and Common Dreams yesterday.

LABOR. This Gazette article looks at the future of the labor movement in WV.