The antics of the US Secretary of Education would be funny if they were a Saturday Night Live skit.

Oh wait...that already happened...let me rephrase that. It would be great if they were JUST a Saturday Night Live skit.

Alas, it's not a joke. Even in an administration as whack as this one, I still can't get over someone in that position who was never a student in any public education institution and who wants to defund the Special Olympics, have bigger class sizes and fewer teachers, and who is devoted to the idea of paying for private schools public money.

I keep hoping for a "Just kidding!" announcement but I don't think one is forthcoming.

One of the biggest victories in the last WV legislative session has the passage of Senate Bill 152, which allows for the expungement of some misdemeanor and felony convictions. Recently, the New York Times reported on a Michigan study of what that can mean to people.


"...people who get expungements tend to do very well. We found that within a year, on average, their wages go up by more than 20 percent, after controlling for their employment history and changes in the Michigan economy. This gain is mostly driven by unemployed people finding work and minimally employed people finding steadier positions."


"...contrary to the fears of critics, people with expunged records break the law again at very low rates. Indeed, we found that their crime rates are considerably lower than those of Michigan’s general adult population. That may be in part because expungement reduces recidivism."

The bad news was that only small percentage of eligible people actually got the expungements, as in around 2,500 out of possibly hundreds of thousands. Also, they took a long time to get. Only 6.5 percent got them within five years of becoming eligible.

We've had experiences like that here, where legislative or policy victories don't reach as many people as we'd like. The takeaway is that the process needs to be as simple as possible and that people need to know they are eligible.

That may be where the real work begins.

Late last year Congress passed the latest version of the Farm Bill with bipartisan support. Members of both houses had the chance to impose requirements that would have cut benefits for literally hundreds of thousands of Americans--and they had the good sense not to.

Unfortunately, the Trump administration is trying to make an end run around congress by proposing USDA rule changes.

This is up for public comment and the deadline for making them is 11:59 pm on April 2.

Please consider taking a few minutes to make an online public comment. It's the best chance we have at present to protect benefits for an estimated 755,000 Americans. And please also consider getting this information around to people you know who might be willing to comment.

Here's a link with all you need to know to make comments. And, for an example, here are the comments I submitted:

Greetings, I am writing to request that the USDA not implement the proposed changes to SNAP regarding work requirements. A similar policy was implemented in West Virginia in the nine counties with the lowest unemployment rate. The results were stark: over 5400 people cut off with no noticeable increase in people actually working. In many cases, the people who would be adversely impacted by this policy are homeless, lack transportation, are dealing with untreated and/or unacknowledged mental or physical disabilities, or are working but can't get enough hours to meet the requirement. Many are also non-custodial parents who provide some support to children and some are veterans dealing with PTSD. Congress had the opportunity to pass such legislation as part of the Farm Bill and chose not to do so after hearing from thousands of constituents. I urge the USDA to do the same. These changes won't increase employment; in fact, by reducing the SNAP caseload, they will actually take money out of local economies and away from the local businesses that do provide jobs. I am attaching the WV report on the nine pilot counties which was prepared by the WV Department of Health and Human Resources. Thanks for your consideration. 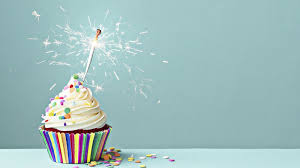 Sometimes I miss a birthday by a day or even a few. Such is the case this time with the 10th anniversary of the signing of the Affordable Care Act.

Personal note: I have put my time into that puppy, from supporting its passage, to pushing for Medicaid expansion to defending it from attacks. It was a far from perfect piece of legislation, but it was what we could get at the time.

Just for fun, below is an excerpt from a Goat Rope post I wrote at the time. The title was Signed. Sealed. Delivered.


It's official. President Obama signed the health care reform bill into law yesterday.
He told those in attendance that "We have just now enshrined, as soon as I sign this bill, the core principle that everybody should have some basic security when it comes to their health care."

Critics of the bill may point out that this isn't exactly the case, but there's no denying that this is a landmark piece of legislation that will extend health coverage to millions who have been doing without it. The New York Times calls it "the federal government’s biggest attack on economic inequality since inequality began rising more than three decades ago."

The game has changed, although it's hard to guess just how or how much.