What would Dante say? 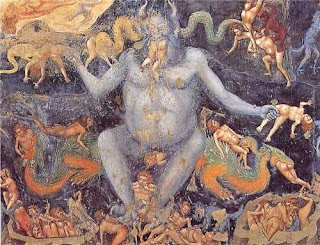 The Gentle Reader may recall an expose by the Center for Public Integrity and ABC News a while back about how coal companies, their lawyers, and a lab at Johns Hopkins routinely collaborated to deny miners black lung benefits.

According to news reports, Hopkins has terminated that program, which will forever be a scar on the institution. It should never have existed to start with. I wonder how many miners died before getting the benefits they deserved

One doctor there, and I use the term loosely, is said not to have found a single case of black lung in the more than 1,500 cases he investigated. Since then, the federal government has informed around 1,100 miners that they were wrongly denied benefits.Of course, they only informed the ones who still lived.

Hypocrisy, skulduggery and one to watch

Perhaps the Gentle Reader will recall the crocodile tears shed by political candidates who oozed with compassion for miners and were eager to fight against the alleged "war on coal."

(The winning state candidates who did this demonstrated their sincerity in the last legislative session by rolling back some coal mine safety measures despite the firm opposition of the United Mine Workers.)

Meanwhile, at the federal level, the only member of WV's congressional delegation to support a bill making it simpler for deserving miners to get black lung benefits is Joe Manchin. This would be another put up or shut up moment for people who apparently have little inclination to do either.

NOW SKULDUGGERY. Workforce WV just completed a survey mandated by the legislature last year to calculate prevailing wages for public construction projects. It looks like state legislative leaders really wanted to kill prevailing wage and drag down conditions for working people all along.

NOW ONE TO WATCH. I'm referring of course to the trial of former Massey Energy CEO Don Blankenship.
by El Cabrero No comments:

According to WV Public Broadcasting, business groups have been shoveling big bucks to a committee charged with "reforming" WV's tax system. Golly gee, reckon they are selflessly concerned with the common good? Surely ROI (return on investment) has nothing to do with it, right?

IT'S NOT ALL BAD. I'm not always or even usually on the same side as the writers on the Daily Mail side of the Charleston Gazette-Mail, but they gave a nice shoutout to a worthy program helping kids and families in a community with lots of challenges.

MINDFULNESS FOR ATHLETES seems to help. Come to think of it, this shouldn't be a huge surprise. I've often found it helpful to pay attention to how miserable I am during endurance events.
by El Cabrero No comments:

This op-ed of mine ran in yesterday's Gazette. It's about the study of right-to-work-for-less mandated by the legislature earlier this year. It also gave me a chance to give some love to one of my dear departed professors.

Most people probably had a teacher or professor who left a mark. One who did for me was late Marshall sociology professor Bill Westbrook, who some readers may recall.

When I knew him, he taught basic and advanced research and statistics, four classes I avoided as long as possible. Given the option, I preferred to BS my way through theory classes. But you couldn’t BS Westbrook.

He taught that doing research right really matters, especially when peoples’ lives are at stake.

A case in point is the Republican-led Legislature’s decision to have WVU study proposed “right to work” legislation (RTW), which I think of as “right to work for less.” I believe this legislation, if enacted, would reduce wages, benefits and living standards for workers across the state, union and non-union.

But love it or hate it, it’s important to get the research right. We’re playing for real marbles.

We’re great at shooting from the hip about cause and effect. Turn on any talking heads TV show or listen to many conversations and you’ll hear all kinds of wild claims about this causing that.

For example, a friend of mine believes that unpleasant events are caused by the planet Mercury being in retrograde, whatever that means. A school friend once went on an extended rant about how juvenile misbehavior was caused by teaching evolution. (I was tempted to interject that the delinquents I knew didn’t seem to grasp the finer points of natural selection, but he was on a roll.)

Supporters of RTW often claim that huge benefits will follow as a direct result or that harm is done by not implementing it.

I learned from Westbrook that before you can say X causes Y, three criteria need to be met, two of which are easy and one of which isn’t. First, the proposed cause and effect have to be associated or correlated. Second, the cause has to come before the effect. Then the kicker: you have to be able to rule out everything else. Most of the time, direct causality is hard to establish. Often, the best we can do is to calculate how much we can reduce our errors if we take certain variables into account.

Two other key ideas for a credible RTW study are validity and reliability. To be valid, the methods chosen need to be ones that can actually measure what one is trying to study. Thermometers are great for measuring heat, but not so much for measuring speed. Clocks are great for measuring time but lousy for measuring weight. Individual case studies or surveys might be right for some kinds of research but not for others, which may require statistical analysis, controlled experiments or other methods.

Reliability simply means that if others repeat the study using similar valid means, they should get the same result. That too can be a kicker. Several years ago, some scientists made worldwide headlines that they’d discovered cold fusion. If that was really true, it would provide a clean and virtually endless supply of energy. Alas, their research couldn’t be replicated.

•  First, the study should measure outcomes most directly impacted by RTW (i.e. weakening unions and lowering wages and benefits), rather than factors such as per capita income, which includes things like profits, dividends and interest income.

n Second, the data should cover a relevant time period, with more recent information given greater weight. “Data that go back to the 1950s or 1960s are less relevant to assessing the likely impact of a RTW law in 2015 than data for recent years, when globalization and inequality have massively changed the U.S. labor market.”

•  Third, the study should select “appropriate and robust statistical design.” This means controlling as much as possible for other factors that could influence a state’s economy and growth, such as geography, natural resources, etc. Translation: not shooting from the hip about causality.

•  Fourth, the study should compare with already existing research and “consult the major, rigorous studies done by other organizations,” particularly a recent study by the University of Kentucky. In addition, “It is critical that any study make its data and methodology transparent and available to the public so that others can test and confirm the results.” Translation: transparency helps ensure the study was valid and its results will be reliable.

•  Finally, the study should rely on quantitative evidence, not anecdotes or testimonies from business groups, unions or other interested parties.

Freeman and Voos argue that this is a big decision that should be made only after a careful look at all the possible upsides and downsides and a careful review of how this would or would not fit in with the state’s economic development strategies.

This is no time to shoot from the hip — especially when West Virginia’s working people are the targets.

Email ThisBlogThis!Share to TwitterShare to FacebookShare to Pinterest
Labels: "right to work", right to work for less, WV legislature 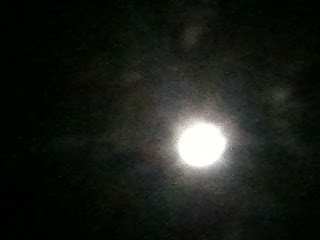 I tried to take a picture of the eclipse with my phone but it obviously didn't turn out well. Still the lunar eclipse reminded me of a time long ago when a similar event brought disaster.

It happened during the Peloponnesian War between ancient Athens and Sparta and its  allies . The war lasted from 431 to 404 BC and sped the decline of Greece. It went through several fits and starts.

One of the worst turns was the Athenian decision to send an expedition to Syracuse, a fabulously wealth city in Sicily. For all kinds of reasons let's just say it turned out bad.

But when the Athenians were finally about to cut their losses and head for home, a lunar eclipse occurred. The Athenian general Nicias was given to believe in omens and, after consulting priests, decided to way 27 days.

That was just enough time for the Syracusans to seal their doom. With few exceptions, those of the Athenians who weren't massacred wound up dying in the stone quarries where they were kept in appalling conditions.

I draw two lessons from this:

1. just because you can go to war doesn't mean it's a good idea; and

2. when it's time to go, get the hell out.
by El Cabrero No comments:

Two ironies and a novelty

AND HERE'S ANOTHER IRONY. Former Massey CEO Don Blankenship has achieved total political victory even while he faces criminal charges from the Upper Big Branch disaster.

NOW FOR THE NOVELTY: would you believe Buddhist campus sororities and fraternities?
by El Cabrero No comments: