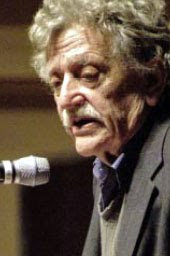 I heard this on The Writer's Almanac this week and couldn't resist including it here:

"Do you realize that all great literature — Moby Dick, Huckleberry Finn, A Farewell to Arms, The Scarlet Letter, The Red Badge of Courage, The Iliad and The Odyssey, Crime and Punishment, the Bible, and "The Charge of the Light Brigade" — are all about what a bummer it is to be a human being?"--Kurt Vonnegut 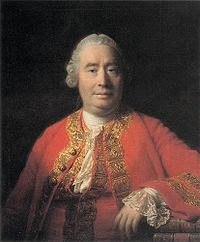 The debate about the origin of morality is an old one in philosophy. Two major strands emerged in western philosophy in the 18th century.

One of these was associated with thinkers of the Scottish Enlightenment such as David Hume and Adam Smith. This tradition found the basis of morality to be in the emotions, as expressed in the title of Smith's work, The Theory of Moral Sentiments. By contrast, the German philosopher Immanuel Kant attempted to base morality on reason.

Two hundred plus years later--and with lots of water under the bridge--it looks like the Scottish Enlightenment holds up pretty well in light of evolutionary biology and research on the emotions.

A major ingredient of morality is empathy, which is nothing if not putting yourself in the place of another and trying to feel what he or she feels.

Here's an interesting item about how an innovative project is combating bullying by reawakening empathy.

Note: props are required, including a live infant.

EVERYTHING YOU NEED TO KNOW (and more) about unemployment insurance and why Congress needs to extend it ASAP.

DEALING WITH DEBT. Paul Krugman is unimpressed with the deficit commission.

IF YOU EVER WONDERED JUST HOW cats drink the way they do, click here.

Drawing a line in the sand

I just got back from a policy wonk conference, a major theme of which was how the recent election will affect people with low and moderate incomes.

Yeah, it was a downer.

I would have posted regularly from there, but I was drawing a line in the sand. Can someone explain to me why it is that you can go to a motel in East Hell, West Virginia and have free internet and even a chance at an exercise room, but if you go to an expensive city hotel where a night costs the same as a week in the other place you have to pay through the nose for such amenities?

(I dare you to diagram that sentence.)

Anyhow, I decided to stand on principle. Or to be cheap anyway.

ALL HANDS ON DECK. It's going to take a huge effort to extend unemployment benefits in congress. Please pile on.

BIGGER THAN EVER. Coal, that is. 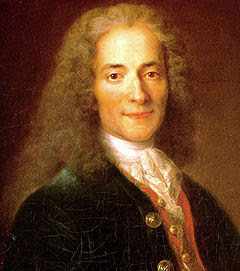 El Cabrero is wonking out at a policy conference today so this will be short and sweet. Short anyway.

I have come across a saying by the great French rationalist Voltaire (1694-1778) that I wish I could sky-write on every vista throughout the world. It is both timely and timeless. Here it is:

A mystery to me 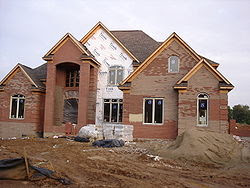 You wouldn't think of West Virginia as having a lot of McMansions, but we do here and there, even though the real estate bust has taken its toll.

Here's the part I don't get. Given the choice, why would anybody sink big bucks into a huge house that is closely surrounded on all sides by other McMansions? This is the hillbilly in me talking, but I'd rather have some elbow room and land in a smaller place than a huge house in what looks to me like a trailer park for rich people.

Besides, where would you keep the goats, chickens, turkeys and peacocks?

NOTE: El Cabrero is on the road this week at a polcy wonk conference so there won't be much in the way of links for a few days.
by El Cabrero 1 comment:

Email ThisBlogThis!Share to TwitterShare to FacebookShare to Pinterest
Labels: McMansions 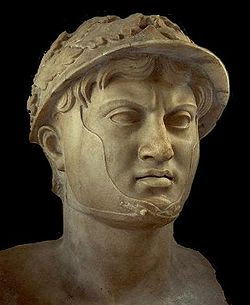 Pyrrhus of Epirus, one of many who lost by winning.

One of the things like makes life and history different from sports and games is that in the former, you can't tell right away exactly who the winners and losers are. Sometimes an apparent victor is a long term loser and vice versa.

A classic example of losing while winning is that of a Greek king named Pyrrhus who fought the Romans nearly 300 years BC. He won, but at a terrible price. As Plutarch put it,

The armies separated; and, it is said, Pyrrhus replied to one that gave him joy of his victory that one more such victory would utterly undo him. For he had lost a great part of the forces he brought with him, and almost all his particular friends and principal commanders; there were no others there to make recruits, and he found the confederates in Italy backward. On the other hand, as from a fountain continually flowing out of the city, the Roman camp was quickly and plentifully filled up with fresh men, not at all abating in courage for the loss they sustained, but even from their very anger gaining new force and resolution to go on with the war.

On the other hand, one could make a good case for saying the South won the American Civil War. Yes, the cause of an independent Confederacy was lost, but after a few years of Reconstruction, old elites were able to re-establish themselves and institute a system of racial segregation and exploitation that lasted for nearly a century.

It might be too soon to say who the real winners of the 2010 election cycle were. Yes, one party lost a majority and another party gained one in the House, but it might be that the real victory of the last two years was ending the worst of a catastrophic recession, making some financial reforms, and, as this item argues, passing a historic comprehensive health care reform bill. The author argues that "The bill was more important than the election."

Time will tell. First, the new law will have to survive Republican attempts to choke off its funding.

WHILE WE'RE AT IT, here's another take on the health care struggles ahead.

JOBS VS DEFICITS. This is likely to be one of the other major policy fights over the next few years.

TAKING IT TO THE STATES. New Republican majorities in many states plan major cuts to jobs and services.

TO END ON A POSITIVE NOTE, congratulations to Edison Pena, the rescued Chilean miner who completed the New York marathon yesterday!