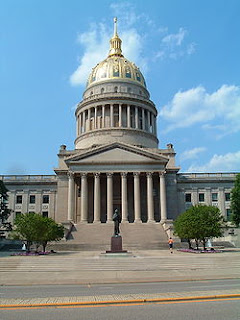 If you're anywhere near Charleston, WV this weekend, check out the WV AFLCIO's Turn Around American rally at the state capitol on Sunday at 1:00. Food and entertainment will be provided along with a host of speakers, including AFLCIO secretary treasurer and candidate for federation president Rich Trumka, UMWA president Cecil Roberts, as well as elected officials and state labor leaders. I think the action will take place on the south side of the capitol building.

People will be rally to support health care reform, the Employee Free Choice Act, and the TRADE Act. I like to think of it as an Anti-Tea Party.

It sounds like a fun day.
by El Cabrero No comments:

Email ThisBlogThis!Share to TwitterShare to FacebookShare to Pinterest
Labels: Turn America Around Rally

Out of the labyrinth 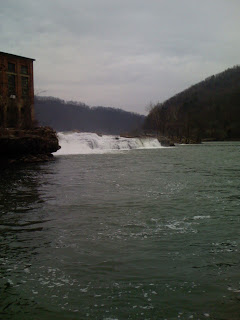 El Cabrero has been blogging this week about the recent minimum wage increase. President Obama in the past has expressed interest in a further increase, but that seems to be on the back burner now. It would be nice to get it to a decent level and then index it for inflation.

But that's not the only way to reduce poverty (or at least make it less bad). Another effective strategy is the federal Earned Income Tax Credit. According to the Center on Budget and Policy Priorities,

In 2005, the EITC lifted 5.0 million people out of poverty, including 2.6 million children. Without the EITC, the poverty rate among children would have been nearly one-fourth higher. The EITC lifts more children out of poverty than any other single program or category of programs.

The federal Child Tax Credit, which was recently expanded, is also a major help. Often, the same people qualify for both.

Many states (around or maybe over half if memory serves) also have Earned Income Credits set at some fraction of the federal. WV hasn't taken that step yet, but some of us have tried.

The Half in Ten campaign also has some good ideas about poverty reduction. My top items, from there and elsewhere,include health care reform (poverty can make you sick and sickness can make you poor); expanding, extending and modernizing unemployment insurance; and ensuring access to vocational and higher education.

IF IT'S FRIDAY, it must be Krugman.

DON'T TELL THE COAL PEOPLE, but a survey shows that most people around the world think dealing with climate change should be a priority.

SHUT EYE. Is it nap time yet?

I DON'T KNOW ABOUT YOU, but I could use a story about a bat that walks on all fours.

MIGHT AS WELL throw in this item about vampires. 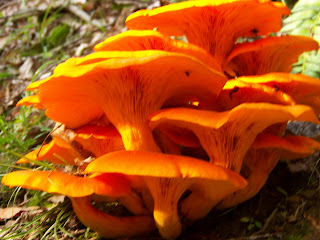 Random mushroom picture. This has nothing to do with anything herein discussed.

Just about anytime some measure aimed at benefiting low income or working people is discussed, you can count on some "friend of the people" to argue that any effort to help them will wind up hurting them. That being the case, presumably the best way to help folks out is to really stick it to them.

That kind of thinking frequently emerges in discussions of raising the minimum wage, even though studies of previous increases have found no significant impact on job losses. Employers are often able to compensate for the increase through such things as increased productivity, reduced turnover and absenteeism, and higher worker morale. The minimum was first enacted during the Great Depression as a means of setting a base level for employee compensation.

Here's another way of looking at it. An economic recession is by definition a decline in economic activity such as spending money. Low wage workers of necessity spend more of the money they earn more quickly than those with more financial resources. The Economic Policy Institute estimates an increase in consumer spending of $5.5 billion over the next year as a result of the minimum wage increase that took place last week.

When low wage workers get a raise, the extra money doesn't collect a lot of cobwebs.

WHILE WE'RE AT IT, here's the Economic Policy Institute on what you can't buy with a minimum wage.

RECESSION RECESSING? The Federal Reserve sees signs that the recession is starting to level off, but that's cold comfort to the growing number of jobless Americans. Employment is a lagging indicator, meaning it probably won't pick up until long after the economy begins to grow again.

EARLY HUMANS were around a good while before things got really interesting. One key to innovation in early societies seems to be greater population density.

Who got a raise? 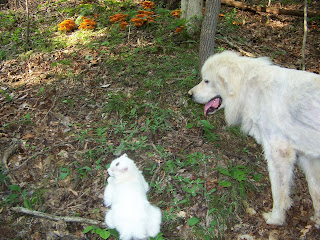 Earlier this week, I mentioned the increase in the federal minimum wage that took place last Friday. Here's a little information about who will benefit.

An analysis of national data shows that

*Around 10 percent of the workers (430.000 individuals) who will receive an increase are single parents with children under 18 years of age. 2.2 million children will benefit;

*More than three quarters of affected workers are adults aged 20 or over;

*Most of those who benefit (63 percent) are women;

*Proportionally more members of minority groups will benefit from the increase. While African Americans make up 11 percent of the workforce, 18 percent will be affected by the raise. For Hispanics, the rates are 14 and 19 percent, respectively.

While the increase is good news for those who get it, the minimum wage (perhaps like the ole gray mare and some of us) ain't what it used to be. When adjusted for inflation, the 2009 minimum wage is 17 percent lower than in 1968. As a general trend, the purchasing power of the minimum wage was higher in the period between 1960and 1980 than it is in 2009.

There's more from the Economic Policy Institute about the issue here.

WHAT DO YOU WEAR AT AN "EXTINCTION EVENT?" Maybe whatever we have on now.

RACIAL PROFILING. Here's an op-ed by a friend of mine, the Rev. Matthew Watts, on some possible good things that could come out of the incident in which WV native and Harvard professor Skip Gates was arrested (aside from the beer at the White House thing).

YOU'VE HEARD OF RENT TO OWN. Here's Dean Baker on "Own to Rent" as a step towards solving the foreclosure crisis. It makes way more sense.

IF YOU THOUGHT DRINKING AND DRIVING WAS BAD, check out texting.

A good deed for the day 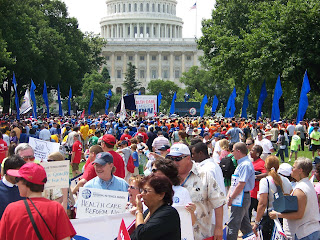 If you're casting about for something to do today or have a few minutes to spare in a good cause, today is a national call in day to Congress to support health care reform.

This is a critical time to weigh in on the issue. Big guns and loud voices are trying to kill meaningful health care reform. But here's a good reality check: the Center for American Progress estimates that while Congress is in recess in August, 400,000 more Americans will lose health coverage.

From the AFLCIO blog:

The House bill contains a public health insurance plan option and shared responsibility, including an employer “pay or play” requirement—and does not tax health care benefits working families receive through their jobs.

The word is that despite public opinion research that shows major support for reform, calls against it are outnumbering those in favor by two to one.

SPEAKING OF WHICH, here's a commentary on the subject I did for WV Public Broadcasting.

THIS IS WHAT I'M TALKING ABOUT. Tennessee is using part of its share of stimulus money for direct New Deal style job creation for unemployed workers. That's what we need all over the country.

GUT FEELINGS. Here's an interesting article about scientific research into hunches and intuition.

OH THE WATER. Here's an interesting green energy possibility using ocean currents. I guess we won't be doing a lot of that in El Cabrero's beloved state of West Virginia (unless climate change gets really bad).

BUT WAIT--NOT TO WORRY. Ken Ward's Coal Tattoo describes a coal industry confab in which climate change was denied. That's a relief. Guess I can scratch that one off the list. I wonder whether they talked about how many dinosaurs were in Noah's ark...I bet you could fit a lot in if you used babies. 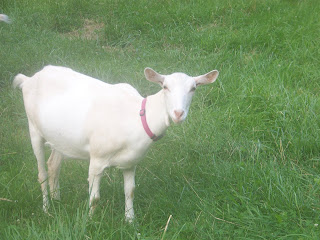 When this blog first got off the ground back in early 2006, a major fight was on to raise the minimum wage, which had been stagnant for around a decade. At the time, several of us usual suspects were trying for the first time to get El Cabrero's beloved state of West Virginia to raise it about the federal level as a way of nudging Congress to do the same.

Some early posts here were more or less panicked accounts of the bill's ups and downs. It did eventually pass, although it had so many loopholes that some people questioned the value of the legislation.

I tend to believe in taking the ground you can and then worrying about the rest. At any rate, coalitions at the state and national level pushed to raise it at the state and federal level. Each state win contributed to the momentum to raise the federal. The fact that the minimum wage was on the ballot in some states in 2006 may even have encouraged more people who don't usually vote to come out and may have swayed results of congressional elections in some states.

Anyhow, in 2007 Congress finally acted, passing legislation that raised it from $5.15 an hour to $7.25 in three steps, the last of which took place on July 24. Workers in 31 states, including West Virginia, will receive a boost; in 19 states, minimum wages were already at or about the $7.25 figure.

I'd wager that those who do get a boost will spend it pretty quickly.

HOUSE. As I mentioned in the weekend post, the American Friends Service Committee worked with people in Logan County to do something positive in the wake of a widely publicized case involving the torture of an African American woman there in 2007. Here's more press coverage of the dedication of a house built by community members for two elderly sisters who had been living in an unsafe and inaccessible place.

MINING CONTROVERSIES are the subject of this op-ed by yours truly.

OK, so ants may be smarter than us.