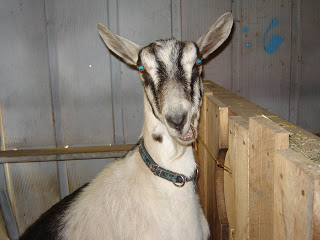 ...maybe a small town in Vermont has finally gotten it right by electing a goat, Ms. Lincoln, as mayor. According to this news story,

That idea to elect an animal as mayor came from the town manager. He thought it would be a fun way to raise money for the school to build a new playground and get kids to start thinking about local politics.

On voting day, the kids took to the polls with their parents and had their very own ballot with 16 candidates ranging from cats and dogs to a goat! Lincoln won by three votes...

"We were really pleased to see it was a civics lesson for the students and that they could be involved and decisions made in the town and it something that we hope to continue in the future getting the kids voting with their parents on a regular basis," said Christopher Stapleton, Lincoln's owner.

The election was also intended to be a fundraiser, but only $100 was raised instead of the $70,000 hoped for.

I could have told them that goats were a money pit. On the other hand, the last few years have shown that could could do a lot worse when it comes to elected officials.
by El Cabrero No comments:

The meaning of democracy 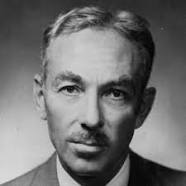 Recently I've been listening to a book with the cheery title How Democracies Die. Golly, reckon how come anybody'd write a book like that these days?

Anyhow, the book contained a WWII era reflection on what democracy means by writer E.B. White.  Apparently, in July 1943, smack-dab in the middle of the conflict, the Writers' War Board wanted a statement on the meaning of democracy. Here's his response:

We received a letter from the Writers’ War Board the other day asking for a statement on “The Meaning of Democracy.” It presumably is our duty to comply with such a request, and it is certainly our pleasure.

Surely the Board knows what democracy is. It is the line that forms on the right. It is the don’t in don’t shove. It is the hole in the stuffed shirt through which the sawdust slowly trickles; it is the dent in the high hat. Democracy is the recurrent suspicion that more than half of the people are right more than half of the time. It is the feeling of privacy in the voting booths, the feeling of communion in the libraries, the feeling of vitality everywhere. Democracy is a letter to the editor. Democracy is the score at the beginning of the ninth. It is an idea which hasn’t been disproved yet, a song the words of which have not gone bad. It’s the mustard on the hot dog and the cream in the rationed coffee. Democracy is a request from a War Board, in the middle of a morning in the middle of a war, wanting to know what democracy is.

The WV legislative session ended Saturday (thank God!), but Gov. Justice has called for a special session to address "education betterment." One thing we hope to address in improving mental health services for young people. Here below is an op-ed from the Beckley Register-Herald on the subject:

“This could be a really beautiful state if we fix it.”

Those words were spoken by a young man at a juvenile day report center in southern West Virginia. They sum up the results of over 100 interviews and surveys of young people conducted over the last year about mental health issues.

That sentence speaks to the great potential of the state to be a welcoming home for its children and young adults. It also speaks to a sense of brokenness that many young people expressed when they described things as they are.

Coming of age is never easy, even in good times. And living in West Virginia has always had its challenges. But the combination of a public health crisis in the form of the opioid epidemic, the explosive growth of foster care placement, a changing economy that has left many behind, new technology and social media, persistent poverty and misplaced priorities makes this a particularly difficult time to grow up.

My co-workers and I decided to conduct a statewide listening project on young people and mental health issues as part of our work with the American Friends Service Committee (AFSC). We were motivated in part by disappointment at the lack of action of our Legislature to address these issues over the last several years. Some of those who helped conduct interviews were themselves high school students concerned about these issues and frustrated by inaction.

● Young people here face serious and multiple stressors, and many are dealing with undiagnosed and untreated mental health issues and trauma. “There’s no point trying to talk to somebody who doesn’t understand.”

● Things have gotten worse. Stressors identified included addiction, economic hard times, family stability, poverty, overexposure to social media, bullying and various types of discrimination. “It makes you give up hope. You feel like there is nothing in the world that can change the way things are.”

● Many young people with undiagnosed mental health and trauma issues may wind up facing disciplinary proceedings such as suspension, out of home placement or confinement, or may wind up engaging in destructive decisions. “We need to figure out the root of the problem instead of shipping them away. Is it drugs? Bullying? Abuse?”

● Systems are not prepared to deal with the situation. “I think more money should be spent on counseling for young people. More community involvement would also be good. Instead of people thinking ‘oh poor thing,’ people should be thinking ‘what can I do to help this person?’ “

There are several policies the Legislature could enact that might help with this situation. One would be creating a task force to address juvenile mental health and trauma-related issues. West Virginia has already created strategic plans to address chronic diseases such as asthma and diabetes. These help stakeholders tackle issues by assessing needed services, setting goals, and assigning responsibilities.

Such a task force could not only identify unmet needs but also highlight success stories and best practices that could be replicated elsewhere.

Another promising approach is to help public schools address mental health issues before a student is suspended or sent to court. Several interviewees pointed out that acting out is often a symptom of deeper problems, which often go undiagnosed and untreated. Increasing the number of mental health professionals who work with schools is an obvious step.

A worthy long-term goal for our state would be to ensure that students in danger of entering the juvenile justice system are assessed and referred to community-based programs whenever possible and appropriate.

It may be that there are some juveniles who constitute a major threat to the public and/or themselves. It only makes sense that out-of-home placement and treatment should be reserved for such people as a last and, one hopes, a temporary resort. The rest should be treated, whenever possible, in their homes and communities.

As state leaders, communities and families become more informed about why mental health matters and what can be done about it, West Virginians of all ages will be better able to draw upon our vast reserves of resiliency, caring and compassion.
by El Cabrero No comments: