Gazing into the abyss 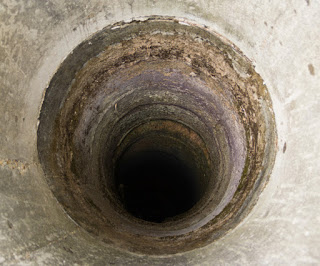 It’s comforting to think that good and evil people are completely different, and that “our” side, whatever that is, is all good, while evil belongs exclusively to the other.

Too bad this is a dangerous illusion.

As Aleksandr Solzhenitsyn put it in “The Gulag Archipelago,” his study of Soviet punishment camps:

“If only there were evil people somewhere insidiously committing evil deeds, and it were necessary only to separate them from the rest of us and destroy them. But the line dividing good and evil cuts through the heart of every human being. ... During the life of any heart this line keeps changing place; sometimes it is squeezed one way by exuberant evil and sometimes it shifts to allow enough space for good to flourish.

“One and the same human being is, at various ages, under various circumstances, a totally different human being. At times he is close to being a devil, at times to sainthood.”

He quotes a Russian proverb that, “From good to evil is one quaver,” noting it works the other way, too.

That’s a good summary of social science on how ordinarily good people sometimes do terrible things.

Someone who explored this field for decades is Philip Zimbardo, creator of the infamous Stanford Prison experiment and author of “The Lucifer Effect: How Good People Turn Evil.”

He argues that we tend to attribute evil actions to the individual dispositions of people who do them but ignore the powerful forces situations exert on individuals. Further, powerful people create systems that put decent people in situations in which they do things they otherwise never would have.

He warns that we often have a dangerously inflated notion of our ability to resist evil influences.

“For many, that belief of personal power to resist powerful situational and systemic forces is little more than a reassuring illusion of invulnerability,” he wroted. “Paradoxically, maintaining that illusion only serves to make one more vulnerable to manipulation by failing to be sufficiently vigilant against attempts of undesired influence subtly practiced on them.”

Two powerful toxins that can unleash the beast in any of us are dehumanization and deindividuation.

Zimbardo: “Dehumanization is one of the central processes in the transformation of ordinary, normal people into indifferent or even wanton perpetrators of evil. Dehumanization is like a cortical cataract that clouds one’s thinking and fosters the perception that other people are less than human. It makes some people come to see those others as enemies deserving of torment, torture, and annihilation.”

Dehumanization happens at an individual level, but it is most dangerous when the powerful create systems that label and target some groups as being less than human.

When we dehumanize others, another process that kicks in is what social psychologist Albert Bandura called “moral disengagement,” when we convince ourselves that some people are unworthy of empathy and compassion.

Deindividuation happens when we identify so closely with a group that we lose our sense of individual responsibility. This happens in organized or informal ways. When countries send people off to war, the warriors are often deindividualized with shaved heads, uniforms and drills that emphasize following orders and acting as a unit. It can also happen in informal groups like mobs and gangs. Things like masks and hoods can add to the effect.

This is most dangerous at the systemic level, particularly when it goes hand in hand with dehumanizing some vulnerable group via ideology and propaganda. Throw in our tendency to conform and obey authority, and you have a pretty lethal brew. Signals from above give permission to abuse those below.

The scary side to group behavior has long been recognized. Sigmund Freud noted that, in groups, emotionalism rises while rationality falls (think political rallies, rock concerts, some sporting events).

He believed that when groups fall under the spell of a charismatic authority, the people in it regress to a more primitive mental state. He wrote, “It is not so remarkable that we should see an individual in a group doing or approving things which he would have avoided in the normal conditions of life.”

The theologian Reinhold Niebuhr even titled one of his books “Moral Man and Immoral Society.” He didn’t have any delusions about the flaws of individuals, but rather noted that, “In every human group there is less reason to guide and to check impulse, less capacity for self-transcendence, less ability to comprehend the needs of others and therefore more unrestrained egoism than the individuals, who compose the group, reveal in their personal relationships.”

After all, most individuals have consciences. But often the conscience of a group is a dissenting minority accused of disloyalty.

We live in are dangerous times. Polarization runs high. There are calls for dehumanization coming from high places around the world. America may be on its own dark journey, although it’s unclear how far it will go. I’m consoled by the thought that many other nations have gone through dark times and come out on the other side.

I hope we step back from the edge of the cliff and resist the temptation to see the other, whoever it may be, as some kind of monster.

As the German philosopher Friedrich Nietzsche said, “Whoever fights monsters should see to it that in the process he does not become a monster. And if you gaze long enough into an abyss, the abyss will gaze back into you.”

(This ran as an op-ed in the Gazette-Mail a day or so ago.)
by El Cabrero No comments:

Well, a Republican senator had the courage to break with the leadership in order to save health care coverage for over 200,000 West Virginians. Too bad the senator in question was from Arizona.
by El Cabrero No comments: