Short notice, but last chance to stop a bad bill.

Labor struggles like #55united remind us of the need for solidarity with working class and low income people. Today (Thursday) at 1 in the WV Senate Health and Human Resources Committee, HB 4001 is up for final consideration.

It's a mean spirited bill that would take food away from thousands of vulnerable West Virginians, take millions out of local economies and strain already overburdened charities .You can read more about why it’s bad here.

If you can, please consider contacting committee members and especially chairs before `1 this afternoon and urge them to table the bill. Twitter handles for Chairman Tom Takubo and Vice-Chair Mike Maroney are @DrTomTakubo and @DrMikeMaroney. Takubo's office phone is (304) 357-7990. 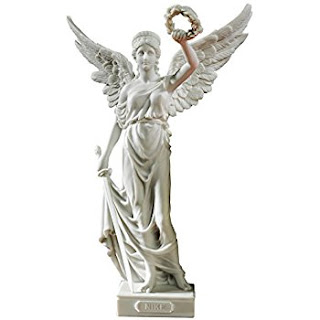 (Nike, the Greek goddess of victory. No connection to overpriced sweatshop shoes.)

First of all, damn. I didn't see any of this coming two months ago.

I was expecting another brutal WV legislative session which would see more anti-worker legislation rammed through. Instead, we got a real peoples' uprising, a beautiful statewide work stoppage that showed amazing heart and solidarity and won some pretty miraculous victories. (Yes, I know some downer stuff happened too, but I'm not letting that spoil my day.)

So many victories, in fact, that it's hard to count them. Here's my partial list. Feel free to add to it:

1. Taking away some hated changes;

3. A freeze in benefit changes for 17 months;

4. A task force charged with finding a long term fix.

5. A five percent increase for teachers and support workers, with an unexpected five percent for all state workers. This is amazing for several reasons. In recent years, the default setting for raises for teachers and public sector workers has been zero. Further several earlier proposals for increases were tiny.

6. In January, it looked like a safe bet that a constitutional measure that would have cut business taxes on machinery and equipment by $140 million or so would pass. The proposed tax cuts were way more expensive than the raises (which some Republicans in the senate said "we" couldn't afford). All this despite the fact that one reason WV went in the whole was the previous round of unproductive business tax cuts. Any now, thanks to teachers and education workers, that didn't happen.

7. At the beginning of the session it looked like the legislature could ram through SB 335, the so called "Paycheck Protection Act," which in reality is more like the Paycheck Reduction Act. This measure would have hit organized teachers and public sector workers hard. Without these unions, none of these victories would have happened. Anyhow, it died a well deserved death.

8. Charter school legislation which would have undermined and drained resources away from public education died on the vine.

9. Threats to teacher seniority were defeated.

10. This strike showed the world that the labor movement is alive and well--and not just in West Virginia.

11. The strike woke up lots of people who had not been involved in labor, legislative or policy advocacy before. It's too soon to tell, but it looks like it woke up a lot of people politically as well. It also clarified who the friends and opponents of working people are.

12. The strike showed people of all ages--and especially young people--in WV and beyond that people can accomplish great things if they stick together and act up. The fact that all this happened under horrible political circumstances makes it all the more amazing.

13. (Personal) It showed me that the true spirit of West Virginia hasn't died. For the last few years I've been afraid it had suffocated under a mountain of greed and lies.

Way to go, West Virginia--and thanks to everyone who played a role in this historic struggle!

There's a longstanding connection between labor struggles and music. Some generate their own songs, like when my friend Elaine Purkey wrote "One Day More" for locked out Steelworkers at Ravenswood back in 1992. Others find new uses for older songs, from "Take This Job and Shove It" to "We're Not Gonna Take It."

One that's shown up a lot in West Virginia these days is Tom Petty's "I Won't Back Down." It is a great song, and Petty's recent death probably reminded a lot of us of how much of his music has been part of the soundtrack of our lives.

For me though, another Petty song expresses what most of my fights have been like: "The Waiting." There's often that agonizing period when we can't exactly do anything at the moment to affect the outcome but we can't do much of anything else either. It really is the hardest part.

(UPDATED: if the 5 percent across the board deal happens, I guess we can dust off "We Are The Champions." There's never enough Freddy Mercury anyhow.)
by El Cabrero No comments:

These are the times 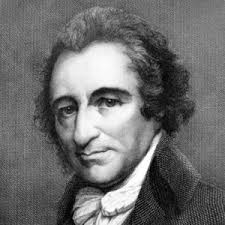 These are really stressful times for West Virginia's education workers, all of whom want to get back to work when a decent settlement has been reached. At such times, it might be good to remember that those who came before us faced much worse challenges and came through. For the last year or so, I've gone back over and over to these lines by Thomas Paine, America's most rebellious founder:

"THESE are the times that try men's souls. The summer soldier and the sunshine patriot will, in this crisis, shrink from the service of their country; but he that stands by it now, deserves the love and thanks of man and woman. Tyranny, like hell, is not easily conquered; yet we have this consolation with us, that the harder the conflict, the more glorious the triumph. What we obtain too cheap, we esteem too lightly: it is dearness only that gives every thing its value. Heaven knows how to put a proper price upon its goods; and it would be strange indeed if so celestial an article as FREEDOM should not be highly rated."-- The Crisis, 1776.