The new version of the US Senate's bill to replace the Affordable Care Act is out. Previous incarnations of the bill were bad. This one is too, although in slightly different ways. Here's just a bit of what the DC-based Center on Budget and Policy Priorities has to say about it:
In broad outline, the bill continues to do to the following:

You probably didn't see this coming, but this means West Virginians need to keep contacting the offices of Senator Shelley Moore Capito and urging her to hold the line and vote no on any measure advancing the bill.

It's too soon to pop any corks yet, but it is at least encouraging that WV Senator Shelley Moore Capito has come out strongly against the senate version for repealing and replacing the Affordable Care Act.

According to an article published in The Hill,

“I only see it through the lens of a vulnerable population who needs help, who I care about very deeply,” she said during an interview with Politico that was published Sunday. “So that gives me strength. If I have to be that one person, I will be it.”

Between now and whatever happens next, it will be important to continue to contact her office first to say thanks for this stand and second to encourage her to hold the line. We need to provide as much political cover as possible for her to do this.

Here are some more reasons why this is important and here are some ideas for immediate action.

Once to every soul and nation 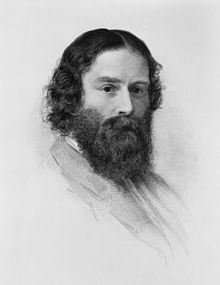 When I was growing up, my mother used to drag me to church nearly every week, often with considerable resistance on my part.

Once there, I didn’t always pay a lot of attention. Since we were Episcopal, we at least got up and down a good bit, which was better than just sitting.

(Not to mention the whole bread and wine thing ...)

But you never know what’s going to stick.

I remember one time when a hymn hit me like a thunderbolt. It was “Once to Every Man and Nation,” written by the New England poet and abolitionist James R. Lowell (1819-1891). Nowadays, in the spirit of gender inclusiveness, people often sing it as “Once to every soul and nation.” But its point is as stark and sharp as ever.

The message is that, sometimes, we have to make a huge decision, one that will affect ourselves and others and will define us for as long as memory lasts.

Here’s one version of the opening verse:

“Once to every soul and nation, comes the moment to decide,

In the strife of truth with falsehood, for the good or evil side;

Some great cause, some great decision, offering each the bloom or blight,

And the choice goes by forever, ’twixt that darkness and that light.”

(Some well-meaning idiot later took it out of the Episcopal hymn book on the bogus theory that we always get more than one chance. In real life, however, that’s not the case.)

Later, I thought of this hymn when I learned about French existential philosophy with its emphasis on the need to choose.

That movement was shaped during the Nazi occupation of France, when people’s decisions really mattered — and often came just once. Should one collaborate with the occupation forces? Should one resist? If so, how might this impact loved ones? Should one try to be neutral? Was that even possible?

Closer to home, the classic Appalachian labor song “Which side are you on?” makes the same point.

Fortunately, most of us don’t have to make big decisions like that very often. But sometimes we do.

West Virginia Sen. Shelley Moore Capito is in that difficult position. She’s one of a handful of senators who will be critical in deciding whether millions of Americans lose health care they gained with the Affordable Care Act to help pay for yet more tax cuts for the rich.

She’ll also be deciding whether to make deep cuts to the Medicaid system, a 52-year-old federal/state program that provides care to around 70 million Americans, including children, seniors and people with disabilities.

In West Virginia, the traditional Medicaid program covers around 208,000 children, which is one out of every two. It also covers the births of around 10,600 babies each year, or 52 percent of the total. It covers 44,000 seniors, including in-home and nursing home care, as well as 124,000 people with disabilities who need critical care. The expanded Medicaid coverage covers around 175,000 adults, most of whom come from working families.

Aside from saving lives and helping people fight illnesses and addiction, that translates into thousands of jobs in the health care field and brings hundreds of millions of dollars to West Virginia’s economy — far more than coal or other extractive industries.

Capito and other Republican moderates are under immense pressure to pull the plug on millions of Americans to please Senate Majority Leader Mitch McConnell, not to mention other powerful politicians and the big-money individuals and groups that pull the strings. Not going along could affect their political careers in Washington.

But Senator Capito has also expressed concerns about undermining Medicaid, taking away health care from ordinary West Virginians and making it harder for people to get help with addiction. She’s been a champion of covering kids since she supported enacting the Children’s Health Insurance Program in the state legislature in the 90s. Her father voted for the passage of Medicare and Medicaid when he served in Congress in the 1960s.

So far, she’s stood with the people of West Virginia and rejected the initial Senate bill, which would have taken care away from 22 million Americans, according to the Congressional Budget Office. In a recent statement, she said the bill, as drafted, “will not ensure access to affordable health care in West Virginia, does not do enough to combat the opioid epidemic that is devastating my state, cuts traditional Medicaid too deeply and harms rural health care providers.”

But it’s not over yet, and pressure on her and other moderates will continue to mount, especially if a few cosmetic changes are made to the proposed legislation.

I don’t envy their position. But in this once-in-a-lifetime decision, I hope Sen. Capito and her colleagues continue to think of all the people here who will be affected.

I’m reminded of these words of Abraham Lincoln at another critical time: “in times like the present, men [and women] should utter nothing for which they would not willingly be responsible through time and eternity.”