I happened to notice, thanks to a cursory web scan, that today is the 100th anniversary of the assassination of the Austrian Archduke Ferdinand by the Serbian nationalist Gavrilo Princip, which set off a chain of disastrous events that led to the First World War. To be fair to Princip, he probably didn't have the whole world war thing in mind when he did it, but that's the way history rocks it.

If there is one thing historians of the 20th century agree upon, it is that this war, a product of arrogance, ignorance and imperialism, was an unparalleled disaster that set in motion the other nasty events of the 20th century. It would be hard to imagine the rise of Nazism without the humiliating defeat of Germany and the punitive treaty that followed. I doubt that the Bolsheviks would have been able to achieve a monopoly of power without the near collapse of Russia the war brought about, which would have also meant no Stalinism.

Ironically, many of the people at the time who opposed the war, such as radicals and socialists, were marginalized and persecuted.

There's not much point in speculating on the "what if?" question. I think some kinds of imperialist/colonial wars were inevitable given the state of the world economy at the time. But it would be hard to imagine a worse course of events, the effects of which we are still feeling.

(Did you guys notice the elegant way in which I avoided ending that lest sentence with a preposition?)

A friend of mine in New Hampshire pointed out in this blog post that yesterday was also the 100th anniversary of the conviction of radical labor organizer and songwriter Joe Hill of the Industrial Workers of the World. Hill would have undoubted protested the war as well had he lived, but he was executed in Utah in 1915 on questionable murder charges.  Hill wrote some of the best and funniest labor songs ever written, which some disreputable rabble-rousers, myself included, know by heart.

Here's hoping for a better century to come, although I'm not inclined to bet the farm on it.
by El Cabrero No comments:

Last word for the week...

...goes to Paul Krugman on all the bad things that didn't happen with the Affordable Care Act.

AND ONE FOR THE ROAD. This week I began the process of initiating my grandson into the mysteries of Wayne's World, one of my favorite movies (and one that I feel like I've lived). How could I have forgotten this line: "Marriage is punishment for shoplifting in some countries"?
by El Cabrero No comments:

For the sake of my own sanity, I've been blogging lately about things that are going right in West Virginia these days. One has got to be Medicaid expansion and the growth in health insurance coverage under the Affordable Care Act.

I was informed by a friend in the know that over 129,800 people have been covered through Medicaid expansion alone. Around 25,000 have coverage through the exchange and around 15,000 were found to be eligible for other programs. Prior to passage of ACA, folks I know estimated the number of uninsured in the state to be around 240,000. The number of people who gained coverage this year alone is equal to 70 percent of that.

MORE GOOD. Mingo County in southern WV has its share of economic problems, but it has become a leader in promoting child nutrition, physical activity and wellness generally. Mingo just got an award from the Robert Wood Johnson Foundation in recognition of its progress. Read more here.
by El Cabrero No comments:

In keeping with my occasional theme of talking about things that are going right in West Virginia, a friend sent me the following link about a project of Laotong Yoga in which some mutual friends teach yoga classes to inmates of the WV Division of Corrections. The program is popular with administrators as well as male and female inmates. Click on the link and you'll find some glowing testimonies to the mental, physical and social benefits of the practice on and off the mat.

AND HERE'S AN EARLIER INTERVENTION...The American Academy of  Pediatrics has a simple prescription for kids as young as infants: read aloud to them.
by El Cabrero No comments: 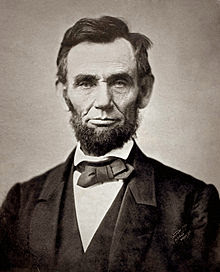 West Virginia's 151st birthday happened on Friday, although I neglected to mention it here. After reading this article on how Republicans in Virginia are doing everything they can to block Medicaid expansion to around 400,000 low income residents of that state, I'm grateful to President Lincoln for his help in allowing WV to secede from the secessionists during a certain sectional dust-up in the 1860s

In West Virginia, where Gov. Tomblin decided to expand Medicaid in May 2013, something like 125,000 people have gained coverage under that program since Jan. 1 2014. The state Department of Health and Human Resources has done such a great job with outreach and enrollment that well over 90 percent of those eligible for the program have signed up.