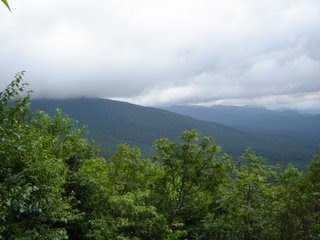 I remember the temple, this route I've travelled before,
I recall the bridge as I cross it again.
It seems the hills and rivers have been waiting,
The flowers and willows all are selfless now.
The field is sleek and vivid, thin mist shines,
On soft sand, the sunlight's colour shows it's late.
All the traveller's sorrow fades away,
What better place to rest than this?--Du Fu, 712-70, great Tang Dynasty poet

The confidence of the people

El Cabrero is on the road these days, but the blog is still rolling. The current theme is the philosophy of the ancient Chinese sage known in the West as Confucius, whose ideas are still influential in many parts of the world and merit a serious look.

While "Confucianism" has sometimes been classified as a religion, that is a label that doesn't fit too well. He was above all concerned with earthly things and political life.

While ancient Chinese philosophers like Confucius did not directly espouse democracy, they did call for good government that served the interests of the people. Some people have argued that the ancient Chinese idea of the "Mandate of Heaven" is similar to later Western ideas of the social contract. The basic idea is that a government is legitimate and enjoys the Mandate as long as it serves the people but loses legitimacy and the Mandate when it does not.

Here's a passage from The Analects:

That's something lots of tyrants have found out the hard way.

NOTE: I'm still on the road so there are no links. This post will not reflect any breaking news. Let's hope it's all quiet on the Western Front.
by El Cabrero 1 comment:

Western thinkers were slow to recognize and appreciate Chinese thought. But when that finally did start to happen, Enlightenment thinkers like Voltaire were great admirers of Confucius, whose ideas were quite free of the religious dogmatism and fanaticism they were fighting against. While respectful of spiritual things, his focus was very much on this world.

This attitude can be seen in several passages in The Analects, where he advised

Devote yourself earnestly to the duties due to men, and respect spiritual beings but keep them at a distance. This may be called wisdom.

In another passage, it is said that

His attitude is perhaps best expressed in this passage:

Those are pretty advanced views for someone who lived around 500 years before the birth of Jesus. Far be it from El Cabrero to knock religion (some days), but some folks could do with a dose of Confucianism.

Note: I'm on the road so there are no links for the next few days. This post has been scheduled in advance and won't reflect breaking news (in fact, I'm OK if there aren't any big stories for the next little stretch).
by El Cabrero No comments:

El Cabrero is on the road for a few days. Goat Rope will continue to appear, but there may or may not be links and snarky comments about current events.

In the meantime, I'll be serving up some of my favorite sayings by and about the ancient Chinese philosopher known in the West as Confucius. As I mentioned before, I tend to be partial to Lao Tzu, whose Taoist ideas represent the other pole of Chinese thought, but Master Kung knew a thing or two about a thing or two.

I could be wrong about this, but it seems to me that people and cultures immersed, consciously or otherwise, with an appreciation of Confucian values tend to do pretty well wherever they land. These values include social responsibility, family, and above all a love of learning an education.

The very first line of The Analects, a collection of sayings by and about Confucius goes like this:

Confucius said, is it not a pleasure to learn and to repeat or practice from time to time what one has learned?

Learning, as he understood it, was a matter of character, morality, and social ethics. It was also a lifelong task. As he put it,

At fifteen my mind was set on learning. At thirty my character had been formed. At fifty I knew the Mandate of Heaven. At sixty I was at ease with whatever I heard. At seventy I could follow my heart's desire without transgressing moral principles.

He also had some interesting ideas about the nature of mental development, which should involve not just taking in knowledge but a creative response as well. Without both, there could be trouble:

And here's an example of some pretty advanced thinking for that day and age:

In education there should be no class distinctions

We're still working on that one.

NOTE: I'm on the road and this post has been scheduled in advance so it won't reflect any big news items that come up. Well may the world go.
by El Cabrero No comments:

The missing piece in the climate debate 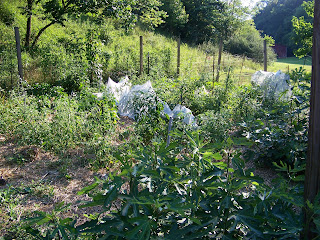 Yesterday I linked to a website devoted to worker justice and environmental sustainability issues. If there's ever an issue that needs to be addressed in an energy state like West Virginia, this is it.

On the site, there's an interesting white paper with the title Climate Legislation Must Provide a Just Transition for Workers, which speaks to that condition.

Here is just a teaser from the executive summary:

2. The worker protection strategy of current climate bills is flawed and inadequate.

3. Climate protection advocates need a bold program to ensure that every worker, retiree, and community impacted by climate legislation can count on a secure future.

4. Rightwing politicians and self-serving business interests are exploiting the inadequacy of worker protection provisions to gut or defeat climate legislation.

There's a lot worth looking at here (this isn't even half of the executive summary) and these are the kinds of issues that need to be addressed if we're ever going to get this right.

TODAY COULD BE THE DAY the US Senate finally helps the 2.5 million Americans who have exhausted unemployment benefits, thanks to the vote of newly appointed West Virginia Senator Carte Goodwin. Yesterday, this was the subject of a speech by President Obama.

THE NEXT THING I hope Congress moves on is extending aid to states. Without it, the recovery will be slower and weaker.

SPY ON THIS. Here's the latest edition of the Rev. Jim Lewis' Notes from Under the Fig Tree.

PASS THE RECOVERY, PLEASE. Corporate profits are up but hiring isn't.

WV Governor Joe Manchin announced Friday that Carte Goodwin would fill the US Senate seat vacant since the death of Robert Byrd. Goodwin is a Charleston attorney and former legal council to Manchin, comes from a family with very good political connections and a tradition of public service. I'm guessing that this could be the beginning of a long career in public office, although the next stop from here will be somewhere other than the Senate.

Whatever the future holds, it is likely that Goodwin's appointment will be good news for the more than 2 million Americans who have exhausted unemployment benefits. If all goes according to plan, a vote on unemployment insurance will happen shortly after he is sworn in on Tuesday. Goodwin's vote is likely to put the vote to 60 and overcome a Republican filibuster. It is likely that he will also support key measures also needed to prevent a double dip recession, such as extending key provisions of the Recovery Act such as FMAP, the federal Medicaid match to states.

I hope it goes according to plan. That would indeed be an auspicious beginning. And I like the thought of WV tipping the balance in the direction of sanity.

ON THE DOWNSIDE, it doesn't look like he'll follow the lead of Senator Byrd on coal and climate issues, as Ken Ward points out at Coal Tattoo.

WORTH CHECKING OUT. Here's a site devoted to deal both with worker justice and with sustainability issues.

A NEW TWIST. Here's an item from the NY Times about conscientious objectors and changing times.

SOUNDS FAMILIAR. Here's how the resource curse works in Louisiana. Golly, it's a good thing nothing like that happens in WV, huh?