What do you reckon Mitt Romney, the CEO of Subway, the CEO of Dairy Queen, former Republican senator Rick Santorum, Bill O'Reilly, Phyllis Schlafly, most small business owners, and a majority of registered Republicans have in common?

They all think it's time to raise the minimum wage, as the Huffington Post reports here and here.

Apparently the majority in the US House hasn't gotten the memo.

SPEAKING OF DANGEROUS RADICALS, Pope Francis used the R word recently, calling for "the legitimate redistribution of economic benefits by the state, as well as indispensable cooperation between the private sector and civil society." Apparently, he hasn't read Ayn Rand's encyclicals. Maybe Paul Ryan will set him straight.

Thought for the day

I thought I was pretty familiar with the writings of Frederick Douglass, but I came across another good one today that was new to me. The context was a press conference I attended whereat some heavy hitters, including legislators and a US attorney, called on WV Gov. Early Ray Tomblin to fully restore cuts to domestic violence and early childhood programs.

The governor partially restored funding to some programs yesterday, but this was one-time money taken from other revenues targeted for children. Those at the press conference wanted a full restoration of around $1 million in funding to be divided between several programs. One speaker pointed out that $1 million amounts to "a rounding error" compared with the size of the whole state budget. Specific sources of funding were identified as well.

But I digress...the quote was cited by Booth Goodwin, US Attorney for the Southern District of West Virginia., who talked about how much cheaper it is to help kids get a good start in life than to deal with them once things have gone wrong.

Here's what Douglass said: "It is easier to build strong children than to repair broken men." I think that would apply to women as well.

I WISH I'D WRITTEN THIS item on the water crisis, coal, climate, WV politics and all that mess.

SPEAKING OF WV, workers die on the job here at twice the national rate.

It has long been observed that youth is wasted on the young. Sometimes I wonder whether the reading of classics is too. When I was in school, I read some that eventually became favorites but seemed boring at the time. It wasn't till I re-read The Scarlet Letter as an adult that I realized how hilarious Hawthorne's opening chapter on working in the customhouse was.

Dickens' Great Expectations is another example of one I didn't fully appreciate until I revisited it as a grown up. Jack Murnighan, author of Beowulf at the Beach: What to Love and What to Skip in Literature's 50 Greatest Hits, hit the nail on the head:

The fact that everybody doesn't already realize that Great Expectations is one of the most delightful books of all time absolutely befuddles me--and is a testament to how badly we mishandle literary education. What should be a cherished favorite in everyone's library is too often squandered by being assigned to people who can't go alone to R-rated movies.

I'm not saying kids shouldn't read classics. But maybe they should contain a warning label saying something like "The contents of this book will seem way cooler in 15 years or so."

A PARTIAL WIN? WV Gov. Early Ray Tomblin partially restored funding for domestic violence legal services and early childhood programs. This is one of the top issues of the Our Children Our Future child poverty campaigns, although folks are trying to out what this really means.

SOMETHING ELSE TO DENY. That would be the latest climate change news.

Fishing for a compliment

I was all about to blog on some serious topic today, but first things first. It turns out that a young man from El Cabrero's small WV home town recently caught a state record-size blue catfish in the Ohio River. The leviathan in question measured 47.75 inches in length and weighed 52.95 pounds.

(When I was a kid, the old guys would have said that it took the water five minutes to fill in the hole that the fish came out of.)

((Also when I was a kid, the old guys would tell us stories about giant catfish lurking in the bottom of the Ohio and Kanawha. Who would have thought they were right? I mean, these are the same guys who told us stories about bottomless rivers, snipe hunting and haints...))

The angler in question reveals a secret of fishing that I've long suspected: the key is not to try. He told the press he was only trying out some new gear on his boat and had no intention of catching anything.

I'm pleased to say that after being duly measured, the leviathan was released live. Click here to see the beast.

REPEAL RITUALISM. According to this NPR report, the energy behind repealing the Affordable Care Act (aka Obamacare) seems to be fading.

ONE TO WATCH. More and more states, including WV, are trying to pass legislation that would create voluntary retirement accounts for workers without pensions. WV's bill passed the state House and one Senate committee before dying. We'll be back to push for it. 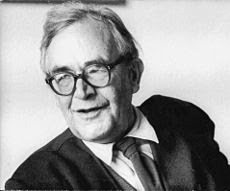 Finishing a large, difficult book is a kind of marathon, although generally it is one mercifully broken up over an extended period of time rather than a few hours. Last night I finally finished reading the signature work of Karl Barth, one of the 20th century's premier theologians.

The book in question was The Epistle to the Romans, first published around 1918. It was 537 dense pages of text, many of which went right over my head. I borrowed it from a friend and sometime reader of this blog back around Thanksgiving. It went into my morning pile of books that I try to turn a couple of pages of over coffee most mornings.

Barth is probably best known for his work in organizing Christian opposition to the Nazi movement in Europe,and especially its efforts to Nazify Christianity, by establishing the Confessing Church. Some if its members, such as Martin Niemoller, wound up in concentration camps. Others, like Dietrich Bonheoffer, were executed by the regime.

If I had to sum up Barth's theology, I couldn't, but maybe one could start like this: the main thing you need to know about God is that you ain't. Barth rejected liberal and rationalist theology and instead emphasized that God is absolutely unknowable by humans--except as He (Barth was pre-feminist but would probably be cool with it today) freely chose to reveal himself in the Gospel proclamation.

I think I like Barth because I do believe in the absolute distinction between God and humanity. I even believe in that on the days I doubt God. Nothing seems loopier or more self-evidently false than the assertion that humans are somehow divine. The Quakers may be right that there is "that of God" in every person. But if so, I'd say that "that" is what Bob Dylan called a "broken mirror of innocence," i.e. something that might reflect light but not originate it.

Somedays I'm orthodox in spite of myself.

THE BEST OF TIMES, THE WORST OF TIMES. This story about real estate highlights our growing issues of inequality.

THANKS, GUYS. NOT. Here's a look at the fun loving guys who gave us West Virginia's 2014 chemical spill.

HOW BOUT WE FEED SOME KIDS? Here's my latest op-ed on school meals, the Feed to Achieve Act and Community Eligibility.