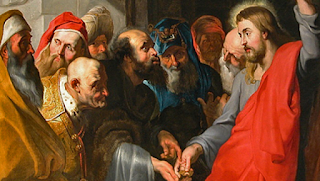 The latest Front Porch program/podcast is about the proposal by the majority in the WV senate to replace the state's relatively progressive income tax with a regressive consumption tax. It's no surprise that I'm against it, for reasons mentioned on the podcast. I was pleased to learn, however, that my conservative counterpart on the program doesn't think it's a great idea either. You can get down in the weeds here.

Meanwhile, if you haven't already, click on Protect WV and sign up for alerts on the state's ongoing budget battles. Drastic cuts would adversely impact the quality of life for all West Virginians. We're talking jobs, roads, education and school services, higher ed, vocational training and workforce development, programs for kids and seniors, state parks, natural resources, and all the rest.

Here's the action page. And, while we're at it, here's a budget calculator where you can come up with your own solution to balance the state budget.

This tax and budget stuff is a huge issue and one that could have as significant impact on our state as actions at the federal level.
by El Cabrero No comments:

I spent the day talking with several West Virginians who were impacted by the Affordable Care Act. This included someone who received coverage through Medicaid expansion, some who purchased health care on the exchange, and someone who works in a primary care center.

Their experiences varied widely. Based on what I heard now and in the past, it's pretty clear that those who gained coverage through Medicaid expansion (around 200,000 in WV in a typical year) really like it and are grateful for it.

It's a bit more complicated for those who gained coverage by purchasing it on the exchange, some of whom had life-threatening illnesses. Two out of three of the people I spoke with were concerned with premiums and deductibles which increased, often dramatically, even as their incomes stayed the same.

One thing everyone agreed on was that they needed the coverage they had and that repeal of the ACA without a replacement--preferably a better, more affordable one--would only make the situation worse. There was also zero interest in health savings accounts-- mostly because there was little or nothing to put in them.

Lots more on this to come.
by El Cabrero 2 comments:

Do you feel lucky today?

I’ve been musing lately about the role of luck in human affairs. By luck, I mean things that affect us for good or ill that we can’t anticipate or control. We go through our lives bouncing between automatic pilot and conscious planning, but even when we try to leave nothing to chance, the universe gets a vote.

Even when things work according to plan, I’d say we were lucky. Think of all the things that could have gone wrong but didn’t.

The biblical book of Ecclesiastes sums it up: “I returned, and saw under the sun, that the race is not to the swift, nor the battle to the strong, neither yet bread to the wise, nor yet riches to men of understanding, nor yet favor to men of skill; but time and chance happens to them all.”

Similarly, I found this quote by American philosopher John Dewey:

“No one knows what a year or even a day may bring forth, the healthy become ill; the rich poor; the mighty are cast down, fame changes to obloquy. Men live at the mercy of forces they cannot control. Belief in fortune and luck, good and evil, is one of the most widespread and persistent of human beliefs. Chance has been deified by many peoples. Fate has been set up as an overlord to whom even the Gods must bow. Belief in a Goddess of Luck is in ill repute among pious folk but their belief in providence is a tribute to the fact no individual controls his own destiny.”

A lot of our lives is conditioned by things we have no control over — the genetic dice our parents rolled when we were conceived, or their bank accounts and zip codes at the time.

I’ve also been struck by the idea of “moral luck” as developed by philosophers Bernard Williams and Thomas Nagel. It works something like this: We praise or blame people for actions, as if everything was up to the individual. But in real life, what people do or don’t is often as much a matter of time and chance as choice.

Consider a soldier who commits atrocities in a war. Would he or she have done the same without war? Or what if people who did evil in a dictatorship were born in a different country and/or under a different system?

Consider a car accident. Most of us have zoned out at a stop sign or neglected to obey a speed limit. Driver X runs a light and nothing happens, but with Driver Y innocent people are killed. Both are blameworthy for not paying attention, but the results are vastly different. We tend to blame one more, but the actions were the same. The main difference is luck.

Looking back at my life, the fact that I didn’t get into more serious trouble had more to do with luck than anything. Virtue is often a matter of chance and opportunity.

It’s also fascinating how different religions have incorporated luck and apparent randomness into their beliefs and practices.

In the Hebrew Bible or Christian Old Testament, divination was performed with dice- or coin-like urim and thummin to determine the will of God. These were objects connected with the breastplate of the high priest. In the New Testament Acts of the Apostles, the 11 remaining disciples cast lots to see who would be selected to fill the void left by Judas.

In Chinese tradition, people threw yarrow stalks (or nowadays, flip coins) to consult the I Ching, an ancient book of oracles. Many peoples have attempted to read signs from things like the flight of birds or the entrails of sacrificial animals. Cards have been used for similar purposes. Even people who make fun of superstition sometimes flip a coin to make a decision.

Some traditions even make chance or luck divine, as in the Greek goddess Tyche, who morphed into the longer-lived Roman goddess Fortuna. Fortuna has been described as the one pagan goddess to survive into the Christian era.

Her main symbol is the famous wheel, which gave us the TV game show of the same name. The fact that this image has lasted so long in popular culture speaks of its power. As you know if you’ve ridden a Ferris wheel, sometimes you’re up and sometimes down. As the ancient Roman writer Seneca said, “Whatever Fortune has raised on high, she lifts but to bring low.”

Fortuna’s wheel is a good image to recall as we navigate life’s changes. If things are going good, don’t assume they always will be. If things are bad, this too can change. Nobody owns Fortuna.

One interesting effort to grapple with this is the situation of the Roman patrician Boethius (circa 480-525), who held high office between the fall of Rome and the early Middle Ages. Rome was under the power of the Ostrogoth. Boethius fell afoul of King Theodoric, was stripped of wealth and position, imprisoned and sentenced to be executed in a pretty nasty way.

There he composed a classic work, “The Consolation of Philosophy,” in which Lady Philosophy visits and instructs him so he can face death with composure. While that might sound contrived, his situation was all too real.

His basic point is that it’s the nature of Fortune to change. Those who put themselves in her power by basing happiness on things they can’t control are helpless when things change — as they will.

Fortuna says: “Here is the source of my power, the game I always play: I spin my wheel and find pleasure in raising the low to a high place and lowering those who were on top. Go up, if you like, but only on condition that you will not feel abused when my sport requires your fall.”

As powerful as she is, however, she can’t dictate how we respond to her. There’s an old-wisdom tradition that says while we can’t control events, we can control our responses to them and thus acquire a degree of independence from fortune. Alas, that’s easier said than done.


“Dante’s Inferno” portrays Fortuna as God’s agent in bringing change to the world: “… he ordained a general minister and leader/who would transfer from time to time the empty goods from one people to another, from one family to another, beyond any human wisdom’s power to prevent.”

Though we may curse her, “she is blessed in herself and does not listen … she gladly turns her sphere and rejoices in her blessedness.”

Love Fortuna or hate her, the bottom line is we’re all subject — to some degree — to forces beyond our control, whether we see these as inscrutable providence or random chance. In that case, maybe we should be a little easier on each other.

In any case, good luck! We’ll need it.

(This op-ed of mine ran in Sunday's Gazette-Mail)
by El Cabrero No comments:

The biggest deal. Or no deal

The biggest deal in WV politics--and for the future of West Virginians--is the outcome of the state budget debate. That was the subject of the most recent Front Porch podcast, which is back after a brief hiatus caused by...well...the state budget. You can listen here. It's impossible to say how it will turn out but it doesn't look good.
by El Cabrero No comments: