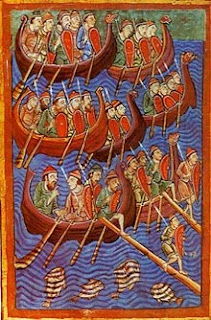 The descendants of the Vikings figured out a thing or two.

Not so long ago, I, along with lots of good folks and a very impressive coalition,  spent a good bit of time and effort trying to get the state of West Virginia to pass legislation creating a Future Fund. This would have involved setting aside a portion of state severance tax revenue, allowing it to build, and using the interest as a permanent source of wealth for the state.

The bill passed in 2014. Ish. Unfortunately, it was sabotaged in the House of Delegates (at a time when Democrats held the majority in both houses) and basically made unworkable for the foreseeable future. Since there, there's been a political earthquake or three and a big dip in coal production and gas prices.

I'm still hopeful that the Future Fund can be made workable at some point. And I can't help thinking about how different West Virginia would have been today if one had been set up years ago.

Case in point: Norway. When that country experienced an oil boom, those socialistic Vikings were smart enough to set aside a portion of their revenue for pensions and public expenses. Apparently they were smart enough to figure out that this stuff you take out of the ground doesn't grow back (at least for several million years).

I know there's no way WV's version would  have been anywhere near that even if we started decades ago. But we would have been in better shape than we are now. 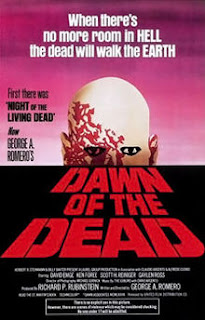 As recently as last week, it looked like efforts to repeal the Affordable Care Act--and take away health care for millions of Americans--was dead. But this is the era of zombies or walkers, when things that should long ago have been dead and decently buried shuffle around to devour the living.

The latest walker to show signs of being dangerously undead is the Graham-Cassidy bill, which is rapidly gaining momentum. It's not clear whether senators who opposed earlier repeal efforts will hold the line. And here's an added wrinkle: the window to pass this zombie bill closes Sept. 30. After that, changing the health care law will require bipartisan support, which some senators have actually been working on.

According to the WV Center on Budget and Policy, Graham Cassidy will cut West Virginia's Medicaid funding by $2 billion by 2027. It would convert funding for expanded Medicaid to a temporary block grant while also undermining traditional Medicaid. On top of that, it would further disrupt the individual market. Read more about all that here.

You probably saw this coming, but it's time once again to contact WV Senator Shelley Moore Capito and remind her of her statement that "I did not go to Washington to hurt people."