Doing the math: what repealing the Affordable Care Act would mean for WV

At the risk of being a downer, I feel the need to point out what’s at stake for West Virginia in the latest effort on the part of the president (and the state attorney general) to kill the Affordable Care Act in court.

Let’s start with recovery from addiction and mental health. Back in 2017, state officials said that the ACA, and particularly Medicaid expansion, helped bring treatment for addiction to 50,000 West Virginians. That number has no doubt gone up since then.

Recently, Lori Kersey reported in the Gazette-Mail that low-income West Virginians got $90 million worth of mental health and substance abuse treatment last year and almost $300 million over the last four years.

She cited data from the state Department of Health and Human Resources that the state’s expanded Medicaid program provided around $58 million in mental health and substance abuse treatment in 2015. It increased to $61 million in 2016, $79 million in 2017 and $90 million in 2018.

I’ve talked with people who are convinced that access to that treatment saved them from death or worse and brought them back to the land of the living. Now they’re clean, putting their lives together, taking care of their children, holding down jobs and paying taxes.

As Jesus said in one of his most famous parables, “be glad for this, your brother was dead, and is alive again. He was lost and is found.” (Luke: 15:32)

Now imagine all that gone.

Then there’s this: According to the DHHR, as of April 1 of this year, 160,356 West Virginians were covered by Medicaid expansion, a state option under the ACA. Most of these people are holding down jobs. Another 22,600 state residents bought coverage under the ACA exchange. Then there are around 12,000 young people in the state who can stay on their parent’s insurance until age 26, another ACA provision.

Then there’s the fact that the ACA helped reduce prescription drug “donut hole” costs under Medicare Part D for the approximately 240,170 West Virginia seniors who participate in the program. The icing on the cake is the fact that the ACA brings hundreds of millions of dollars to our economy, creating thousands of jobs and helping to keep rural hospitals and health care providers going.


The Urban Institute has estimated that repealing the ACA could result in the loss of 16,000 jobs and $9.1 billion in state economic impact.

Imagine all those dollars and jobs, too.

Then remember that those are just the numbers, but behind the numbers are real people, families and friends, people we know, work with and love.

Screwing over that many people of all ages with one stroke would be quite an accomplishment, even by today’s standards.

It would be the next worst thing to a natural disaster of biblical proportions, except the harm would be caused by the deliberate action of a handful of people.

If it comes to that, I don’t think it will be forgotten anytime soon.

(This appeared as an op-ed in today's Gazette-Mail.)

Presidential speeches can have lasting impact. Think of Lincoln's "better angels of our nature" or Roosevelt's "Four freedoms" or Kennedy's "Ask not what your country can do for you" or even Bush I's "thousand points of light."

Then there's this from President Trump's talk to a Republican National Committee audience. It's actually not the weirdest part:


Hillary wanted to put up wind. Wind. If you ― if you have a windmill anywhere near your house, congratulations: Your house just went down 75 percent in value. And they say the noise causes cancer. You tell me that one, OK? “Rrrrr, rrrrr” ― you know the thing that makes the ― it’s so noisy. And of course it’s like a graveyard for birds. If you love birds, you’d never want to walk under a windmill because it’s a very sad, sad sight. It’s like a cemetery. We put a little, we put a little statute for the poor birds. It’s true. You know in California, if you shoot a bald eagle, they put you in jail for five years. And yet the windmills wipe ’em all out. It’s true. They wipe ’em out. It’s terrible. And I told the other day at CPAC. Great people at CPAC. We had an incredible thing. I had nothing to do. It was early on a Saturday morning. I had just gotten back from dealing with Kim Jong Un. We had a walk. He wasn’t ready for a deal but that’s OK because we get along great. He wasn’t ready. I told him, you’re not ready for a deal. That’s the first time anybody has ever told him that and left. It never happened to him before. Nobody’s ever left. But I said you’re not ready for a deal, but we’ll make a deal. We have a good relationship. We have a good relationship. But I told a story about, at CPAC. The woman, she wants to watch television. And she says to her husband, “Is the wind blowing? I’d love to watch a show tonight, darling. The wind hasn’t blown for three days. I can’t watch television, darling. Darling, please tell the wind to blow.” No, wind’s not so good. And you know, you have no idea how expensive it is to make those things. They’re all made in China and Germany, but the way, just in case you’re ― we don’t make ’em here, essentially. We don’t make ’em here. And by the way, the carbon, and all those things flying up in the air, you know the carbon footprint? President Obama used to talk about the carbon footprint, and then he’d hop on Air Force One, a big 747 with very old engines, and he’d fly to Hawaii to play a round of golf. You tell me, the carbon footprint.

I kinda miss W these days.

What's at stake for WV in the health care fight 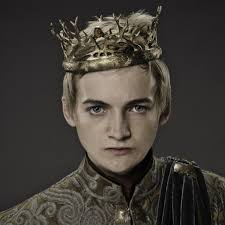 If you want to know what's at stake for West Virginians in the fight to preserve the Affordable Care Act (ACA), which is once again under attack by Prince Joffrey President Trump, consider this info by Gazette-Mail reporter Lori Kersey:

Low-income West Virginians received $90 million worth of mental health and substance abuse treatment last year, and nearly $300 million over the last four years, under a law the Trump administration is trying to repeal, according to West Virginia health officials.

Under the Affordable Care Act, commonly known as Obamacare, West Virginia expanded its Medicaid program to those who make up to 138 percent of the federal poverty line.

According to the West Virginia Department of Health and Human Resources, the state’s expanded Medicaid program spent about $58 million on mental health and substance abuse in fiscal year 2015, $61 million in 2016, $79 million in 2017 and $90 million in 2018.

Then there's this: according to the WV Department of Health and Human Resources, as of April 1, 160,356 West Virginians were covered by Medicaid expansion, a state option under the ACA. Another 22,600 state residents got coverage under the ACA exchange. Then there are around 12,000 young people who are able to stay on their parent's insurance until age 26, another ACA provision.

Then there's the fact that the ACA brings hundreds of millions of dollars to our economy, creating thousands of jobs and helping to keep rural hospitals and health care providers going.

Those are just numbers, but behind each number is a story. Here's a link to some collected from people who gained coverage thanks to Medicaid expansion.

This is our concern, Dude.
by El Cabrero 1 comment: