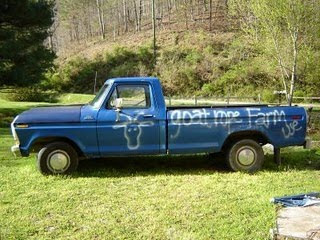 Today thousands of people from all over the country are converging on Washington for what organizers and participants hope is an enormous rally in support of a progressive agenda. The event/coalition is called One Nation Working Together.

Supporters of this event and follow-up activities include groups such as the AFL-CIO, the NAACP, and many others, including the American Friends Service Committee. According to the One Nation website,

One Nation Working Together is a social movement of individuals and organizations committed to putting America back to work and pulling America back together. Coming from a diverse set of backgrounds, experiences, beliefs and orientations, we are determined to build a more united country with good jobs, equal justice, and quality public education for all.

Ten buses will be heading that way from El Cabrero's beloved state of West Virginia and I plan to be on one of them. The downside is that it leaves at 3:00 a.m. My back and neck are already hurting in anticipation.

Email ThisBlogThis!Share to TwitterShare to FacebookShare to Pinterest
Labels: One Nation Working Together 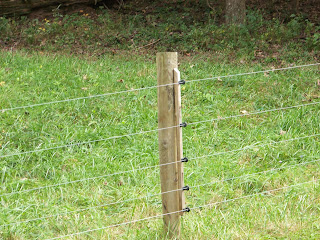 Robert Frost somewhere wrote that "good fences make good neighbors." Anyone who has a problem with that idea probably hasn't spent a lot of times around farm animals--especially goats--and gardens.

Farming is, after all, a kind of a game in which the farmers win if they keep critters from going where they don't want them to go and the critters win if the get there. Which is where the fencing comes in.

A few years back, we broke down and installed a five strand electric fence around our goat pasture. For a while, the goats didn't recognize its legitimacy and challenged it, shocks and all. Then they just got used to it. We hardly ever have it on now, unless Honeysuckle, the ornery kid goat, gets too frisky.

It occurred to me that the effectiveness of fences isn't really a function of how hard they are to get over or through. Fences are often more about appearance than reality. It reminds me of the famous lines from Sun Tzu's Art of War: "All warfare is based on deception." So, I'd wager, is most fencing.

Most of the time, most animals don't really make a detailed study of the fence and its weak points or even probe for weaknesses. If they did, they'd have a good chance of getting where they wanted to go.

It also occurs to me that the same is true of people. We don't challenge a lot of the "fences" that hold us in, even though it's likely they have places that are not nearly as strong as they seem to be.

ONE NATION WORKING TOGETHER. This Saturday, thousands of progressives will converge on Washington in support of a positive agenda to move the country forward. Yours truly will be among them, after boarding a bus at 3:00 AM Saturday morning (yuk). My back is hurting already.

SIGN OF THE TIMES. NPR reports that more families are "doubling up" in the wake of the Great Recession.

SOMETHING ELSE FOR THE COAL INDUSTRY TO DENY can be found here.

NO SURPRISE. The latest WV Kids Count report finds that children in the southern coalfield counties are poorer than those in the rest of the state.

MONKEY IN THE MIRROR. It looks like they see themselves, which raises questions about primate self-awareness.

WHAT MAKES A GROUP SMART? Apparently not smart individuals. 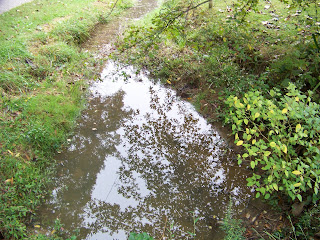 I don't know about other folks, but I have certain personal barometers that measure the state of the world. Some of these are fairly tangible and involve external goods (such as wine and books). Others are more part of the background or landscape.

It's been a pretty good creek year so far. Aside from a dry spell around July 4th, it stayed flowing and full of critters until late summer/early fall, when it went dry as a bone. I even resorted to minnow rescue operations, scooping the ones I could in a net and putting them in the pond.

I do not like a dry creek. It makes the whole world seem arid.

I am pleased to report that the recent rains have given us back the creek. The fish, however, may take a while.

HEADING FOR NOVEMBER. Here are some thoughts on the midterm elections from The Nation.

DEFICITS AND RECESSIONS. This report from the Center for Economic and Policy Research argues that in times of recession and high unemployment, deficit paranoia is counterproductive to a real recovery.

In the early 1970s, Gil Scott-Heron came up with his classic song "The Revolution Will Not be Televised." Those were the days before culture went postmodern, back when real things mattered more than images of things. These days, people probably wouldn't bother with making a revolution unless there was some way of recording it and putting images of it up on the web.

Today, images seem to have become more important than the real things they were originally intended to represent. Things have almost gotten to the point where they're not considered real unless images and/or sound recordings are broadcast, televised or posted on the internet. And the connection between the image and the original person or thing is getting more and more slippery.

Political activism has gone postmodern as well. Lots of people seem to think that virtual activism via social networking is a viable substitute for the traditional mammalian practice of getting out there and interacting with (real) others.

In this interesting piece from the New Yorker, writer Malcolm Gladwell looks at the limits of this kind of activism. Short version: clicking on a Facebook button in support of a cause is qualitatively different from putting your body on the line. Weak connections can be very useful, but Gladwell argues that it takes strong bonds with real people to really push the proverbial envelope (whatever that means).

I love the subtitle. In a nod to Heron, it says "The revolution will not be tweeted."

WHILE WE'RE AT IT, here's a dissenting view on the same subject.

WHY AM I NOT SURPRISED? A survey on religious knowledge found that atheists and agnostics are better informed about religion than many believers. 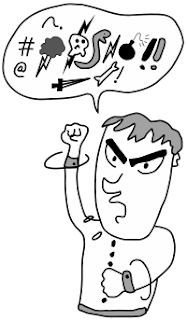 In his book Deer Hunting with Jesus, author Joe Bagaent describes some characteristics of Scotch-Irish Appalachians. He had a great one liner that describes my family pretty well:

Cussing is a form of punctuation to us.

Profanity was regarded as a high art form by my father, although my mother is no slouch herself. I've inherited their genes as has my daughter. My son, for some reason, doesn't seem as disposed to it.

I mention all this because my memory has been jogged recently when I was told that my grandson does good on his spelling tests. Back in the day, I did pretty good at spelling. In fifth grade, I came in second in our school's spelling bee.

The great irony was that I lost on--of all things--a four letter word, which is something I kind of specialize in. It was axle by the way and I ended it with an e-l. Since then I have redoubled my efforts to never again be out done in the four letter word department. And that's no ****.

SOMETHING ELSE FOR FLAT WORLDERS TO DENY: rapidly melting Greenland and Antarctic ice.

PUNISHED FOR SUCCESS. Here's James Surowiecki on the politics of the Recovery Act.

AND NOW FOR SOMETHING COMPLETELY DIFFERENT: a Montana woman fought off a charging bear with a zucchini.

NOTE. This post was scheduled for publication the night before. If anything really good or bad happens between now and then, please accept appropriate congratulations or condolences. 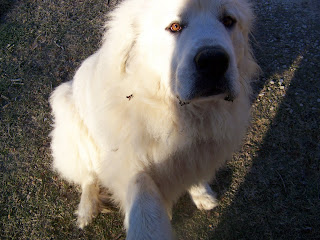 This might be an odd thing to fess up to, but I kind of like the smell of skunk--from the right distance--say when driving along a country road or when wafts of the scent are carried along by a breeze. But when it's point blank contact, that's a different story. It's totally different from what you get at a distance and causes burning around the eyes.

We used to have a boxer who could not resist ponking any such creature with his rather square face, this being his prime mode of investigating the world. He got the point blank treatment twice and both times required considerable bathing in tomato juice and other concoctions in an effort to remove the odor, although you could still smell a bit of it on him for a long time afterward, especially when he got wet.

We had a close call this weekend, as skunk odor started drifting through an open window. Our first thought was that Arpad, our (kind of) Great Pyrenees had a skunk encounter of the third kind. Arpad goes on major farm security patrol at night and has been known to take out possums in the twinkling of an eye. Had he had is first skunk skirmish?

This would have been a much bigger deal than a sprayed boxer, since Arpad weighs in at around 150 pounds and his long hair is growing back from his summer buzz cut. De-skunkifying him would be a task on the order of building a small to medium sized pyramid.

It turns out we dodged the bullet this time around. But I have a feeling that his day is coming.

DEMAND SIDE ECONOMICS. Paul Krugman takes aim at excuses for inaction on unemployment.

FOLLOW THE MONEY. The Koch brothers, oil billionaires funding right wing political causes, have sprinkled some cash in West Virginia, including the economics department at WVU.

CHECK THE NUMBERS. It's becomea media meme that health care reform is unpopular. But an AP poll shows that many Americans wanted it to go farther than it did.

DO YOU WANT FRIES WITH THAT? Plenty of Americans do.