Whatever happened to gratitude?

You might think that President Trump, after receiving overwhelming support from West Virginia and much of Appalachia, would show the region a little love in his proposed federal budget.

That didn't happen. Instead, the president proposed massive cuts that would hit West Virginia and the Appalachian region harder than the rest of the country.

Among the programs on the chopping block are SNAP, which provides basic food security to over 340,000 West Virginians, about one in five. Many of those who receive these benefits are working people in low wage jobs - and these SNAP dollars are spent in local businesses, supporting thousands of jobs.

Then there's WIC, a nutrition assistance program that helps pregnant and nursing women as well as young children and over half of the nation's infants.

The highly successful Children's Health Insurance Program, which covers almost 35,000 West Virginia children, is also targeted. Thanks to CHIP, West Virginia has become a national leader in insuring children, with a coverage rate of around 97 percent. That could be undone.

There are also threats to low income energy assistance, disability benefits, Meals on Wheels for seniors, and temporary assistance to needy families.

One cut that seems particularly unsportsmanlike is the proposed elimination of the Appalachian Regional Commission, which has supported infrastructure and economic development projects in the region since its establishment in 1965.

You could almost view the other cuts as generic indifference to or contempt of disadvantaged people all over the nation, but the ARC hit seems like a deliberate and targeted slap in the face.

To his credit, Republican U.S. Rep. Evan Jenkins came out strong against the Trump budget in May. In his statement he said:

"While I appreciate the president's aim to cut wasteful spending, this budget goes too far in critical areas for West Virginia. The proposed cuts to our safety net programs, including Medicaid and SNAP, would hurt too many of our state's most vulnerable citizens, and I cannot support this budget proposal.

"The budget also proposes eliminating programs crucial to West Virginia's economic development and diversification - the Appalachian Regional Commission and the Economic Development Administration. We need to do more to attract new industries to our coalfields and invest in our infrastructure, and these two programs have a track record of success in West Virginia."

The bad news is that the budget resolution passed by House Republicans does much of the same thing. The end result would be increasing hardship and poverty, growing inequality, weakened investments in our nation's future and a shift of costs to already hard-pressed states.

And the hidden agenda behind this kind of slash-and-burn approach to the federal budget is to provide yet more tax cuts for the rich, a zombie-like failed policy that keeps coming back from the dead.

The dangers of these disastrous cuts being fast-tracked through Congress are real. We need Congressman Jenkins and his colleagues to stay the course and continue to fight for a budget that reflects our needs and values.

(Note: this appeared as an op-ed in the Huntington Herald Dispatch on Sunday.)
by El Cabrero 1 comment: 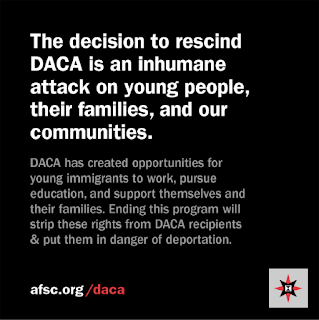 This pretty much says it all.
by El Cabrero 1 comment: 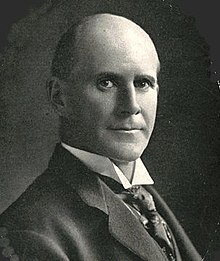 "Ten thousand times has the labor movement stumbled and fallen and bruised itself, and risen again; been seized by the throat and choked and clubbed into insensibility; enjoined by courts, assaulted by thugs, charged by the militia, shot down by regulars, traduced by the press, frowned upon by public opinion, deceived by politicians, threatened by priests, repudiated by renegades, preyed upon by grafters, infested by spies, deserted by cowards, betrayed by traitors, bled by leeches, and sold out by leaders, but notwithstanding all this, and all these, it is today the most vital and potential power this planet has ever known, and its historic mission of emancipating the workers of the world from the thraldom of the ages is as certain of ultimate realization as is the setting of the sun."-Eugene V. Debs, 1904

I wish I was as confident of emancipation today as he was then. And more correct about it.
by El Cabrero 1 comment: