Back in paradise, again 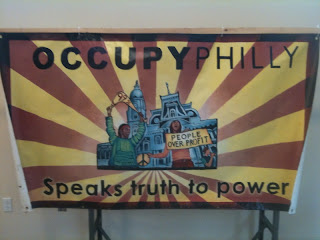 El Cabrero is back in WV for the first full day in a few. I had been in Philadelphia for a training for trainers on nonviolent action. Many of the people who attended were co-workers with the American Friends Service Committee around the country who had been involved to one degree or another with the Occupy movement.

It so happened that on the night after our first training, police evicted the Philly encampment, which added a certain something to the experience. I came home to find that police were going to evict Occupy Huntington WV last night.

I've always had mixed feelings about the movement. Personally, I value mobility and unpredictability so much that I would have trouble distinguishing between occupying a place and being incarcerated in it. I guess my hillbilly genes predispose me to raiding rather than occupying. The martial artist in me cannot fathom a movement without goals or specific points of focus for action; it's like swinging wildly at an opponent rather than striking vital points when openings occur.

Still, the occupiers of the world really changed the national conversation and drew attention to issues of corporate power and inequality in a way that nothing else has for a while and nobody can take that away from them.

The big question is: what's next? As winter moves on and police move in, will occupiers fade away? Will the more prosaic skills of organizing, education and action seem appealing in comparison with encamping? Who knows? It already went farther that I ever thought it would and it might have a few more surprises to come.

In any case, the struggle will continue.

TWO MORE TAKES ON THE MOVEMENT. Here's the New Yorker on the history and possible future of the movment. And here's a more critical take on it from Philly itself. 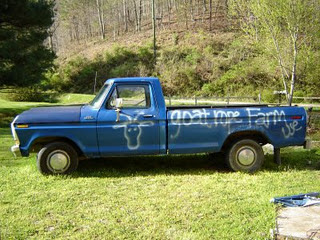 El Cabrero is about to hit the road for a few days, so posts will be irregular for the next stretch. The good news is that this should be an interesting road trip that involves attending a nonviolence training for trainers intended for people working with the Occupy movement. I've had my share of training and being trained, but never this exact thing before.

The bad news is that air travel from and to my beloved state of West Virginia is a bit of a pain in the tuchis. On Tuesday, for example, I have to get up at 3:00 a.m. to catch a 5:30 flight. Not that I'm complaining or anything.

Meanwhile, here are a few items that caught my eye...

THESE DAYS MODERATION IS RADICAL, according to E.J. Dionne.

THE NEXT CONGRESSIONAL MESS is discussed here.
AN OCCUPATION THAT NEEDS OCCUPYING: the field of economics.

AND THAT CRACKDOWN ON OCCUPY SITES...click here for more. 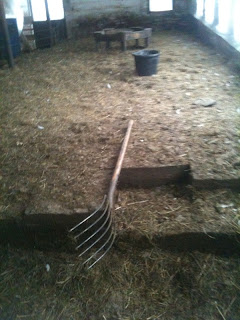 According to the Steve Martin movie The Jerk, everyone has a special purpose. Who am I to dispute with such a treasured social artifact?

Every time I visit Vermont, I think I receive a glimpse of my special purpose, the talent for which I was permitted to exist on this earth.

It consists of shoveling manure out of a barn that has housed sheep for the winter. The job is a perfect one for me, one which I frequently find myself daydreaming about. It consists of vigorous exercise and unskilled, socially useful labor which requires absolutely no thought on my part. You just shovel, wheel out, dump and repeat. Over and over.

My day job, alas, requires a lot of thought and not nearly as much physical activity as I would like (although some might say there are similarities between my real and ideal profession).

FEEDING THE TROLLS. Here's an op-ed by a friend of mine on the balanced budget amendment which fortunately failed to pass in the US House.