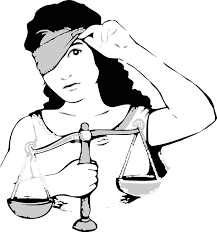 If you live in West Virginia and are in regular contact with people from out of state, there's a pretty good chance someone may have asked you "what the (fill in the blank) is going on with the whole state supreme court goat rope?"

(In case you've been frying other fish, the Republican majority in the WV House of Delegates voted to impeach all remaining members of the court, in effect blowing up an entire branch of state government. This could potentially let Republican Governor Jim Justice stack the deck until 2020.)

If you don't want to recap the whole thing blow by blow, there's a pretty good summary in Slate that doesn't get in the weeds. Of course, there is a lot of great local journalism going on by reporters like the Gazette-Mail's Jack Zuckerman and Lacie Peterson and MetroNews' Brad McIlhenny if you want the whole rundown.

My short take is that while all the remaining justices (one resigned and another retired during the mess) have been lavish in spending, only one really calls out for impeachment, to wit Allen Loughry of $32,000 couchgate fame, who is facing federal charges. The one who resigned, Menis Ketchum, has pleaded guilty to wire fraud.

Here's the lead from the Slate piece:


What the hell is going on in West Virginia? On Monday, the House of Delegates impeached the entire state Supreme Court on charges focusing on the justices’ lavish spending on office refurbishments. Republicans, who led the drive to oust the whole bench, insisted the court was irredeemably corrupt. Many Democrats countered that GOP legislators were staging a coup to seize control of the judiciary. One justice, Robin Davis, resigned rather than allow herself to be removed, proclaiming that the impeachment push was a “disaster for the rule of law” and an attempt by the legislature “to dismantle a separate branch of government.”

While Davis isn’t wrong, the court isn’t wholly blameless either. Republicans are attempting to stack it—but the justices made that task easy by engaging in conduct ranging from questionable to certainly illegal. Republicans are citing the serious allegations against two justices to justify removing all four, and they have timed their attacks to ensure that Republican Gov. Jim Justice, rather than West Virginia voters, will be able to select their replacements, thereby dragging the court far to the right.

At last count, nine people have applied for interim seats on the court. The next stop for impeachment proceedings is the state senate, where the games will presumably begin next month.

All of which is yet another reason to change the state motto from "Mountaineers are always free" to "You can't make this **** up."
by El Cabrero No comments:

Another big day in history 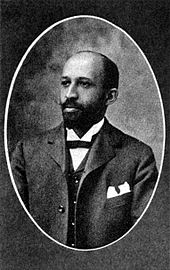 Today, August 15, is another big day in West Virginia and US history. It marks the first public meeting of the Niagara Movement in Harpers Ferry. That civil rights organization would eventually launch the NAACP.

W.E.B. DuBois, one of the leaders, led a barefoot march to the engine house where radical abolitionist John Brown was captured during his 1859 raid. On the scene, he said that "here on the scene of John Brown’s martyrdom we reconsecrate ourselves, our honor, our property to the final emancipation of the race which John Brown died to make free." 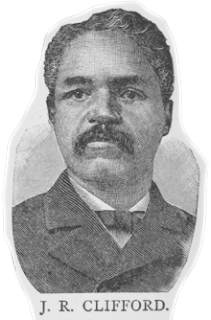 Also in attendance that day was West Virginia's own J.R. Clifford, the state's first African-American attorney. A major civil rights leader in his own right, Clifford was also a teacher, principal, journalist and Civil War veteran. In 1898 he won a landmark case establishing education as a basic civil right, arguing that ‘‘discrimination against people because of color alone as to privileges, immunities and equal protection of the law is unconstitutional.’’
by El Cabrero No comments:

On this day in history

On this day in 1935, President Franklin Roosevelt signed the Social Security Act. At the time, he said,


"This law represents a cornerstone in a structure which is being built but is by no means completed--a structure intended to lessen the force of possible future depressions, to act as a protection to future administrations of the Government against the necessity of going deeply into debt to furnish relief to the needy--a law to flatten out the peaks and valleys of deflation and of inflation--in other words, a law that will take care of human needs and at the same time provide for the United States an economic structure of vastly greater soundness."

It worked. And it needs to be protected.

"Everyone would know we were crazy" 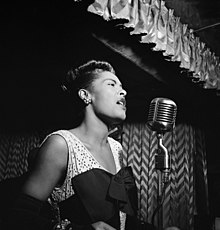 "Imagine if the government chased sick people with diabetes, put a tax on insulin and drove it into the black market, told doctors they couldn't treat them then sent them to jail. If we did that, everyone would know we were crazy. Yet we do practically the same thing every day in the week to sick people hooked on drugs. The jails are full and the problem is getting worse every day"--Billie Holiday 1915-1959.
by El Cabrero No comments: