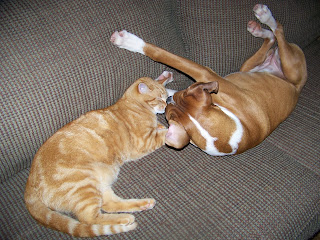 ...mamihlapinatapai, which, in the Yagan language of Tierra del Fuego means something like "looking at each other with each hoping that the other will do something that you both want to have done but which neither of you wants to do yourselves."
by El Cabrero 3 comments:

This is hire and salary, not revenge 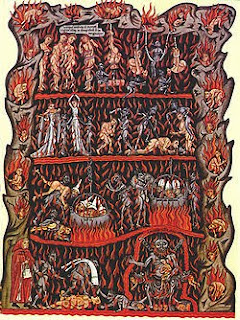 A medieval view of hell.

(El Cabrero is sauntering through Hamlet lately. If you like this kind of thing, please click on earlier posts. If not, try scrolling down to the links section.)

Things start falling apart quickly in Hamlet by the middle of Act 3. The troupe of actors allows Hamlet to modify an old play to "catch the conscience of the king." The king reacts as a guilty person would and calls off the performance.

Hamlet is summoned to his mother's chambers but has the chance to kill Claudius on the way. He decides not to whack him because Claudius is at prayer and to kill him then would be to send him straight to Heaven. As previously mentioned, to really whack somebody right in Elizabethan theater, you don't just send them out of this world--you dispatch them to the nastier parts of the world to come.

Now might I do it pat, now he is praying;
And now I'll do't. And so he goes to heaven;
And so am I revenged. That would be scann'd:
A villain kills my father; and for that,
I, his sole son, do this same villain send
To heaven.
O, this is hire and salary, not revenge.
He took my father grossly, full of bread;
With all his crimes broad blown, as flush as May;
And how his audit stands who knows save heaven?
But in our circumstance and course of thought,
'Tis heavy with him: and am I then revenged,
To take him in the purging of his soul,
When he is fit and season'd for his passage?
No!
Up, sword; and know thou a more horrid hent:
When he is drunk asleep, or in his rage,
Or in the incestuous pleasure of his bed;
At gaming, swearing, or about some act
That has no relish of salvation in't;
Then trip him, that his heels may kick at heaven,
And that his soul may be as damn'd and black
As hell, whereto it goes.

It's debatable whether Hamlet really thinks this way or is just looking for any excuse not to do the deed.

HOSTAGES. Some right wingers in congress care more about tax breaks for dead millionaires than the 1.2 million Americans who will lose unemployment benefits in March.

LAST CHANCE? Here's Robert Greenstein of the Center on Budget and Policy Priorities on President Obama's health care reform proposal. And here's Paul Krugman on yesterday's summit and the future of reform.

DENYING THE DENIERS. This item by Bill McKibben takes on the climate change denial industry.

THE HUMAN TOUCH can mean a lot.

Give me that man that is not passion's slave

Goat Rope is still meandering through Hamlet, although you can skip down to the links section if this isn't your thing.

Horatio, Hamlet's true friend, is one of the most admirable characters in this play. A poor scholar, older than his friend, he is a stand in for the audience as witness to Hamlet's verbal gymnastics. Hamlet does give him great praise not just as a good friend but as one who deals with whatever life throws at him with equanimity.

Here's what he had to say:

Since my dear soul was mistress of her choice
And could of men distinguish, her election
Hath seal'd thee for herself; for thou hast been
As one, in suffering all, that suffers nothing,
A man that fortune's buffets and rewards
Hast ta'en with equal thanks: and blest are those
Whose blood and judgment are so well commingled,
That they are not a pipe for fortune's finger
To sound what stop she please. Give me that man
That is not passion's slave, and I will wear him
In my heart's core, ay, in my heart of heart,
As I do thee.

I've never quite had that ability.

GAME ON. Here's NPR on what is at stake in President Obama's health care summit today.

HONEY, WE SHRUNK THE LABOR FORCE. The latest snapshot from the Economic Policy Institute shows that people are leaving the labor force in large numbers in the wake of the recession.

A PLEA FOR THE TEACHING OF LABOR HISTORY is here.

The whips and scorns of time 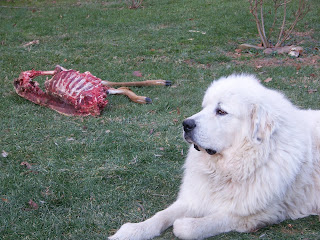 For several years I taught pre-GED classes at Head Start centers in southern West Virginia. I used to delight in torturing my students by bringing in different literary selections, having the class read them out loud, and then discussing them.

To be, or not to be: that is the question:
Whether 'tis nobler in the mind to suffer
The slings and arrows of outrageous fortune,
Or to take arms against a sea of troubles,
And by opposing end them? To die: to sleep;
No more; and by a sleep to say we end
The heart-ache and the thousand natural shocks
That flesh is heir to, 'tis a consummation
Devoutly to be wish'd. To die, to sleep;
To sleep: perchance to dream: ay, there's the rub;
For in that sleep of death what dreams may come
When we have shuffled off this mortal coil,
Must give us pause: there's the respect
That makes calamity of so long life;
For who would bear the whips and scorns of time,
The oppressor's wrong, the proud man's contumely,
The pangs of dispriz'd love, the law's delay,
The insolence of office and the spurns
That patient merit of the unworthy takes,
When he himself might his quietus make
With a bare bodkin? Who would these fardels bear,
To grunt and sweat under a weary life,
But that the dread of something after death,
The undiscover'd country from whose bourn
No traveller returns, puzzles the will
And makes us rather bear those ills we have
Than fly to others that we know not of?
Thus conscience does make cowards of us all;
And thus the native hue of resolution
Is sicklied o'er with the pale cast of thought,
And enterprises of great pith and moment
With this regard their currents turn away,
And lose the name of action...

Harold Bloom argues that "this is not a meditation seriously contemplating suicide," but rather the prince hesitating on a course likely to lead to his own death. He has been around the Shakespearean block more times than me and may be right, but I'm not persuaded. Hamlet, after all has already brought up suicide in the first act and things have only gotten worse for him since then.

In any case, while El Cabrero is not too given to depression or thoughts of self-immolation (very often, anyhow), when it did cross my mind, I've always found Hamlet's reasoning to be persuasive.

WV ACTION ALERT. If you live in WV and haven't yet contacted Gov. Manchin and your legislators about modernizing our unemployment system and extending benefits to part time workers and people dealing with domestic violence, sexual assault, and other compelling family reasons, please click here and send a message. It's easy and it's fast. As of last night, over 351 emails have been sent (150 yesterday alone). The bills to draw down $22 million in federal money to do this need to move this week so acting now is crucial.

STIMULATED. Reuters has this to say about the American Recovery and Reinvestment Act:

The massive stimulus package passed last year to blunt the impact of the worst U.S. recession in 70 years created up to 2.1 million jobs in the last three months of 2009, the non-partisan Congressional Budget Office said on Tuesday.

The package boosted the economy by up to 3.5 percent and lowered the unemployment rate by up to 2.1 percent during that period, CBO said.

IN CASE YOU WERE WONDERING whether chimpanzees can quantify liquids, the answer is yes. Bartenders, beware!

Email ThisBlogThis!Share to TwitterShare to FacebookShare to Pinterest
Labels: American Recovery and Reinvestment Act, chimpanzees, giant squids, Hamlet, local foods, Shakespeare, to be or not to be, unemployment modernization

Much throwing about of brains

I'm still strolling through Hamlet, although if you've had enough of that you can scroll down to the links and comments section.

Towards the end of Act 2 scene 2, our melancholy Dane, brightens up considerably when a troupe of players arrive at Elsinore. He is quite stage-struck and listens eagerly to gossip about the changing theatrical fashion. Apparently these controversies have been intense to the point of getting physical, as Guildenstern reports that "there has been much throwing about of brains."

Even the twit Polonius is jazzed by the new arrivals. He tells Hamlet that these are

(Harold Bloom borrowed from that speech and subtitled his little book on the play "Poem Unlimited.")

One little exchange sums up my theology. It occurs when Hamlet tells Polonius to make ready accommodations for the actors and the latter replies that he will "use them according to their desert."

God's bodykins, man, much better: use every man
after his desert, and who should 'scape whipping?

(It is my prayer that none of us get what we deserve...)

Use them after your own honour and dignity: the less
they deserve, the more merit is in your bounty.
Take them in.

THE PICK OF THE LITTER. Here's an op-ed busting health care whackadoodleism by one of my favorite WV state senators.

PROBABLY BETTER THAN NOTHING. A scaled down jobs bill is moving in the US Senate with bipartisan support.

ONE PARTIAL SOLUTION TO THE JOBS PROBLEM. Here's another op-ed from the same place by my friend Rev. Matthew Watts about how adhering to HUD guidelines could create jobs for low income people.

The paragon of animals

This quintessence of dust.

The off and on theme at Goat Rope these days is Hamlet, although you'll also find links and comments about current events.

There are a lot of great lines and speeches in that play, but one of my favorites is both a good description of depression and a hymn of praise to the human potential. It occurs in Act 2 Scene 2 in the course of a conversation with Rosencrantz and Guildenstern:

...I have of late—but wherefore
I know not—lost all my mirth, forgone all custom of
exercises; and indeed it goes so heavily with my
disposition that this goodly frame, the earth, seems to
me a sterile promontory, this most excellent canopy,
the air, look you, this brave o'erhanging firmament,
this majestical roof fretted with golden fire, why,
it appears no other thing to me than a foul and pestilent
congregation of vapors. What a piece of work is a man!
How noble in reason, how infinite in faculties,
in form and moving how express and admirable,
in action how like an angel, in apprehension how like
a god! The beauty of the world, the paragon of animals!
And yet, to me, what is this quintessence of dust? Man
delights not me...

You'll have that some days.

JOBS, JOBS, JOBS. Here's an op-ed by yours truly about the need for job creation and public investments to get us through the recession. It mentions a mistake made by my hero FDR, who cut back on New Deal programs in 1937 thinking the Depression was over--and wound up extending it by several years.

SPEAKING OF WHICH, the unemployed in this recession may face years without jobs, according to this NY Times article.

STARVING THE BEAST. Here's Krugman on the current game of political chicken.

AND THEN THERE'S THIS. Speaking of playing political chicken, President Obama is convening a bipartisan health care summit this week.

THIS IS YOUR BRAIN on politics.