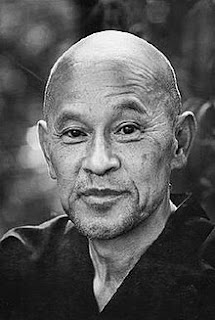 A while back, the karate club I’ve been with forever changed its name to Shoshin-Kai. Kai is Japanese for school, while Shoshin means something like “beginner’s mind.”

It’s a Zen Buddhist term defined by the nameless sages of Wikipedia as “having an attitude of openness, eagerness, and lack of preconceptions when studying a subject, even when studying at an advanced level, just as a beginner would.”

The term was popularized by teacher Shunryu Suzuki, in his book Zen Mind, Beginner’s Mind, who noted that "In the beginner's mind there are many possibilities, but in the expert's there are few."

The problem with thinking like an expert is the limited vision that comes from getting stuck in familiar patters and habits. Thoreau described it thus in Walden:

“The surface of the earth is soft and impressible by the feet of men; and so with the paths which the mind travels. How worn and dusty, then, must be the highways of the world, how deep the ruts of tradition and conformity!”

One of the great things about having a beginner’s mind is not knowing that some things are impossible. That can lead people to try things others wouldn’t dream of—and sometimes achieve them.

A case in point is the recent victory won by West Virginia teachers. If someone would have told me two months ago that WV would be the site of a statewide nonviolent uprising of education workers who would win huge victories in a political climate hostile to working people, I would have thought they were crazy.

But somehow it happened. People stuck together, stayed united, learned fast and improvised as they went along. And won.

Many if not most of the teachers, support workers and community members (including students) had never been involved in anything like this before, mostly because things like this don’t happen anymore. They had beginner’s mind.

Not knowing the impossible, they achieved it.

Talk about a teachable moment. That’s a lesson to remember

Well, the legislative session is finally over. Some bad stuff happened. We didn't get all we wanted and got a good bit of what we didn't. On the other hand, we had a huge successful nonviolent uprising. I guess you can't have everything.

Speaking of which, we discussed the lessons of the teachers' strike on the latest edition of The Front Porch. It's great to watch the ripples spread out around the country.

I had trouble getting published in the Gazette this year, with only one op-ed on the dangers of oligarchy getting printed.

Here's the last edition of Wonk's World, which we produced on the day before the session ended.

Speaking of the Gazette, we got the good news that the paper was bought by HD Media, a non-evil locally owned newspaper group. For a long while it looked like it would be bought by Ogden, which seems to specialize in producing not-too-readable reactionary stuff. That would have been for WV what Bedford Falls would have been if Mr. Potter took over in the movie It's a Wonderful Life.

Last word (for now) goes to Gazette-Mail political columnist Phil Kabler (who just dodged a likely bullet, as the above paragraph explains), who summed up the session pretty well here.
by El Cabrero No comments: