The latest WV Public Radio Front Porch podcast/program is about Gov. Jim Justice's proposal to get the federal government to subsidize eastern coal as a matter of rent seeking national security and also about disasters like Hurricane Harvey.

More important, however, is the pressing question of what food item would be your nickname if sandwiched (no pun intended) between your first and last name? You may have to listen to make sense of that one.
by El Cabrero No comments: 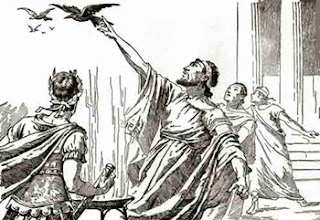 In ancient Rome, augurs tried to read the future by looking at the entrails of sacrificial animals or the flights of birds. These days we tend to rely on things like polls, which is probably just as well. The results of the latest WV MetroNews poll are pretty interesting. Respondents were asked about their approval of President Trump, Governor Justice, Senator Capito and Senator Manchin.

Senator Capito's approval rating is the lowest on record, which may or may not have something to do with fears related to the repeal of the Affordable Care Act, which, for all its flaws, has brought health coverage to around 225,000 West Virginians. At this moment, it looks like Senator Manchin is riding high, with more Republicans, Democrats and Independents holding favorable rather than unfavorable views. Of course, it's way too soon to tell how all this will play out in 2018 and beyond.

You can read more here.

Digression: when the ancient Greeks didn't like the results of auguries from entrails, they sometimes kept sacrificing animals until they got some guts that promised good news, which is kind of like commissioning more polls until you get one you like.

The Romans weren't much of a sea power at first. They would sometimes seek to read the future by seeing is the sacred chickens would eat before a fight. When the chickens wouldn't eat before the battle of Drepana with the Carthaginians, one commander got into trouble by throwing them into the sea and saying "Let's see if they'll drink." The Romans lost that one. Take home message: don't mess with chickens.

I'm not big on omens, but things would have to get pretty bad at the farm for chickens not to eat.
by El Cabrero No comments: 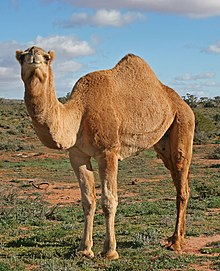 A recent survey by the Kaiser Family Foundation and the Washington Post found that Christians, especially white evangelicals, were more than twice as likely to blame poverty on lack of effort by the poor compared with nonreligious Americans.

That’s a dramatic departure from the first 1,500 years of Christian history. Not to mention over a thousand years of Judaism before that.

In fact, concern for justice for the poor is one of the unique features of the Jewish religious tradition, out of which Christianity grew.

Apparently for some Christians, somewhere along the way, economic factors morphed from being a part of life to being the main event. And wealth got conflated with salvation and righteousness, while poverty was linked to sin and damnation.

That’s not how it all started.

Deuteronomy, the final biblical book of the Jewish Torah, states that “There should be no poor among you.”

Mosaic law called for periodic and radical cancellation of debts and redistribution of land to level social inequality. It wasn’t voluntary. The divine call was for justice, not charity. Landowners were even forbidden from gathering in all of their harvest; the remnants were to be left for the poor to glean.

The prophets regularly denounced the wealthy and powerful. To use just one of many examples, Isaiah asked: “What do you mean by crushing my people and grinding the faces of the poor?” They didn’t hold back from denouncing kings, including good ones like David and bad ones like Ahab.

As Thomas Cahill wrote in The Gifts of the Jews, “This bias toward the underdog is unique not only in ancient law but in the whole history of law. However faint our sense of justice may be, insofar as it operates at all it is still a Jewish sense of justice.”

This bias toward the underdog is also central theme of the New Testament, showing up as early as the song Mary sang in Luke after being told she would bear a child: “He has cast down the mighty from their thrones, and has lifted up the humble. He has filled the hungry with good things, and the rich he has sent away empty.”

Here again, examples could be multiplied. Consider the epistle of James: “Now listen, you rich people, weep and wail because of the misery that is coming on you ... Look! The wages you failed to pay the workers who mowed your fields are crying out against you. The cries of the harvesters have reached the ears of the Lord Almighty.”

That continued in the Orthodox and Catholic tradition. St. Ambrose (337-397), who helped convert Augustine, said “You are not making a gift of your possessions to poor persons. You are handing over to them what is theirs. For what has been given in common for the use of all, you have arrogated to yourself. The world is given to all, and not only to the rich.” And “It is the hungry man’s bread that you withhold, the naked man’s cloak that you store away, the money that you bury in the earth is the price of the poor man’s ransom and freedom.”

St. John Chrysostom (349-407) preached “Not to enable the poor to share in our goods is to steal from them and deprive them of life. The goods we possess are not ours, but theirs.”

St. Basil (330-379) said: “Are not thou then a robber, for counting as thine own what thou hast receivest to distribute? It is the bread of the famished which thou receivest, the garment of the naked which thou hoardest in thy chest, the shoe of the barefooted which rots in they possessions, the money of the penniless which thou hast buried in the earth. Wherefore then dost thou injure so many to whom thou mightiest be a benefactor.”

St. Gregory the Great, aka Pope Gregory I, (540-604) said “When we attend to the needs of those in want, we give them what is theirs, not ours. More than performing works of mercy, we are paying a debt of justice.”

Say what you want about early and medieval Christianity, but bashing the poor wasn’t part of the deal.

In today’s world, far be it from me to deny that there may be a slacker or two out there (most of which are not poor). But myopic views of poverty neglect some huge events that have taken place in front of God and everybody for the last few decades.

These include the decline of unions and workers’ power; trade deals that benefit corporations not communities; tax cuts to the wealthy; budget cuts; a minimum wage lagging behind inflation, privatization, and the growth of big money in politics, all of which has led to record levels of inequality.

Studies have shown that most recent income growth has gone to the wealthiest 99.999 percent, even while the share going to low and middle income Americans has declined.

As The New York Times reported, “Only a few decades ago, the middle class and the poor weren’t just receiving healthy raises. Their take-home pay was rising even more rapidly, in percentage terms, than the pay of the rich.” Today, however, “The basic problem is that most families used to receive something approaching their fair share of economic growth, and they don’t anymore.”

Ignoring these massive injustices while nit-picking at the real or imagined small flaws of low income people is pretty much exactly the kind of thing that Jesus had in mind when, using a drinking metaphor, he accused some misguided religious people of his own day of “straining out gnats and swallowing camels.”

Unfortunately, it looks like camels are still on the menu.

(This ran as an op-ed in the Gazette-Mail. Please be kind enough to overlook the fact that I put the two numbers in the wrong place.)
by El Cabrero 1 comment:

Don't seek and you won't find

According to a news story was first reported by my friend Ken Ward Jr. at the Charleston Gazette-Mail, the Trump administration recently pulled the plug on a study by the National Academy of Sciences, Engineering and Medicine on the health effects of mountaintop removal mining. This occurred in spite of numerous scientific studies that suggest increased rates of birth defects, cancer, cardiovascular and respiratory diseases

This shouldn't be too much of a surprise. As a Gazette editorial put it,  "This administration is anti-science and very pro-coal. It is not so pro-coal miner, or coal miner’s family or community. A clearer understanding of how and why coalfield residents get sick, die and have too many birth defects might get in the way of enthusiasm to mine more coal at all costs."

A serious scientific study of the health effects would have at least helped to clear the air, metaphorically speaking, about the issue. One thing's for sure: you probably won't find what you don't look for.
by El Cabrero No comments: