Rounding out the week 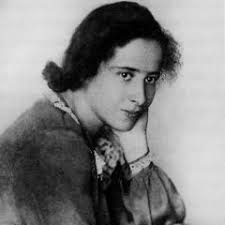 I just came across this quote by Hannah Arendt. Somehow it doesn't give me a good feeling:

SPEAKING OF THE DISTINCTION BETWEEN FACT AND FICTION, check out AFSC's weekly update on the WV legislature. We call it Wonk's World, as in Wayne's World for policy wonks. Our goal is to be silly but mostly truthful and snarky but not mean.  Here's this week's and here's the first one.

WHILE WE'RE AT IT, here's a great op-ed by my friend Dan Kurland on WV's version of the hunger games.
by El Cabrero No comments:

I was saddened by two recent deaths, one of some I admired from afar and the other much closer to home. I know I'm not alone in mourning the passing of Ursula K. LeGuin, whose science fiction and fantasy novels meant a lot to me.

Her books made a big impression, although I lost track of her more recent work. I loved the gentle Taoism of the Earthsea Trilogy as well as works like The Dispossessed and The Word for World is Forest. One that's been on my mind a lot lately is The Left Hand of Darkness, which really shakes up the notion of gender among other things. She was a brilliant thinker and writer of fiction and nonfiction and even once translated the Tao Te Ching.

This week also saw the passing of the Rev. Dennis Sparks, who for several years was executive director of the WV Council of Churches, which was a very influential position. Dennis used his position to fight for social justice not only by advocating for the disadvantaged but by providing an opportunity and platform for people to speak for themselves. The good guys won some on his watch.

Dennis and I always teased each other about religion. I hope he goes to wherever good if slightly heretical Campbellites go. I don't think Ursula expected to go anywhere, which I'm sure was fine with her.
by El Cabrero No comments: 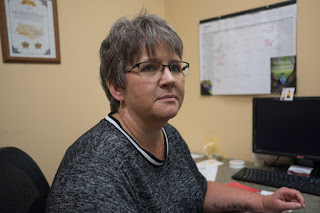 I'm proud of the latest episode of the Front Porch program/podcast from WV Public Broadcasting, which is about success stories in fighting the opioid crisis.  Sometimes the problem seems so overwhelming that nothing can be done. In reality, some things are working and some people are making it work.

This podcast focuses on the work of Lois Vance, care coordinator at Cabin Creek Health Systems, who works daily with people recovering from addiction with medically assisted treatment and plenty of group work and hand holding. Vance tells inspiring stories of people once at risk of overdose now working, taking care of their children, and leading fulfilling lives. I know it's true because I've met some of them.

Alas, there are threats to this successful program from congress, the Trump administration, and state government in West Virginia, all of which have threatened to attack the Medicaid expansion provisions of the Affordable Care Act that have been a lifeline to many of these people. In this case, it literally is a matter of life and death.