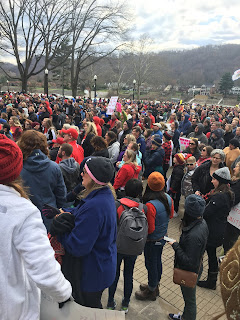 Say what you want about the political attitudes of West Virginians. Everyone else has, including me. But things are complicated here.

Earlier this week, WV MetroNews and the Dominion Post released a poll about the attitudes of West Virginians towards big business. It might surprise some people. Among the findings:

*58 percent of respondents believed that government regulation of business is necessary to protect the public. Guess that means we haven't forgotten all the for-profit disasters that have killed or maimed so many state residents over the years;

*88 percent believed that too much power was concentrated in the hands of a few corporations;

*72 percent believed that corporations were making too much in profit.

All of these numbers are up significantly from a similar 2014 poll. The poll surveyed 404 West Virginians from all counties and has a 4.9 percent margin of error.

The upshot seems to me to be that people here are open to a real populist message and agenda if there's a willingness to put one forward.

If we don't, to paraphrase Shakespeare, the fault is not in our stars but in ourselves, that we are underlings.
by El Cabrero No comments: 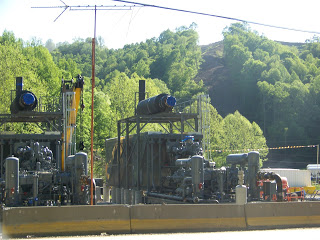 Interesting news about natural gas lately. First, there was this item from the NY Times about how despite all the hoopla, fracking may turn out to be more of a financial bubble rather than a boom. This won't come as a shock to industry critics and those concerned about its environmental impact. Or to anyone familiar with the history of extractive industries in Appalachia for the last 100 years.

Then there's this: Wetzel County WV has been ground zero for the new gas boom for the last several years, with tons of economic activity and hotel rooms full of gas workers with out of state plates. The latest is that Wetzel has been added to the Appalachian Regional Commission's list of distressed counties.

Golly, could that mean industry promises of universal prosperity might not come true? Holy Appalachian resource curse, Batman!
by El Cabrero No comments: 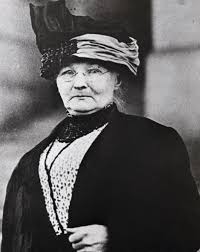 "My friends, it is solidarity of labor we want. We do not want to find fault with each other, but to solidify our forces and say to each other: we must be together; our masters are joined together and we must do the same thing." Mary Harris "Mother" Jones, union organizer and hell raiser, 1830?-1930.
by El Cabrero No comments: