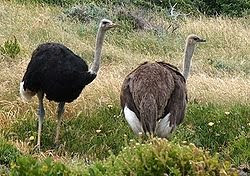 The ostrich roams the great Sahara.
Its mouth is wide, its neck is narra.
It has such long and lofty legs,
I'm glad it sits to lay its eggs.--Ogden Nash

Email ThisBlogThis!Share to TwitterShare to FacebookShare to Pinterest
Labels: Ogden Nash, The Ostrich

Where deviation became the norm

The big news in West Virginia--and in much of the national media--is the release of a report on the causes of the Massey Energy Upper Big Branch mine disaster which killed 29 coal miners on April 5, 2010.

The report was prepared by the Governor's Independent Investigation Panel which was formed by then WV Governor Joe Manchin. It was submitted to current Governor Earl Ray Tomblin. Leading the team was J. Davitt McAteer, former head of the federal Mine Safety and Health Administration under President Clinton. Team members included Jim Beck, Celeste Montorton, Debbie Roberts, Katie Beall, Pat McGinley, Suzanne White and Beth Spence. Spence, who works for the American Friends Service Committee was the lead writer of the report. Governor Manchin previously asked McAteer and several members of this team to investigate the fatalities in Massey's Aracoma mine fire in 2006.

The release of the report yesterday has generated huge amounts of coverage, a selection of which follows. First up, here's one by America's best coal reporter, Ken Ward of the Charleston Gazette.

Here's a sampling of national media coverage by the New York Times, NPR, CNN, the Washington Post, the Wall Street Journal, USA Today, and MSNBC. There's way more where that come from.

According to the report, the disaster was man made and was due in part to a corporate "culture in which wrongdoing became acceptable, where deviation became the norm." More on this next week.

(Note: this post was prepared late Thursday and scheduled for publication early Friday morning. Here's hoping nothing awful happens between now and then.)
by El Cabrero No comments:

Some true believers have predicted that the Rapture will occur on Saturday, May 21. This event will involve the elect disappearing and bodily ascending into Heaven while everyone else will be left behind for what is believed to be A Major Drag.

Not that I've been consulted or anything, but this weekend is going to be a real pain in the nether regions for me. If the world is REALLY going to end in the next few days--not that I'm saying I want it to--could we move it up to Friday morning? Preferably before the ungodly early hour I'll have to wake up? Like maybe around 4:00 am? And instead of dragging it out, could we just shut down the whole project in one fell swoop? Thanks.

WANT TO WASTE MONEY? Here's how.

I HAVE TWO PUNCHING BAGS that I enjoy whacking. One is in the garage. The other is the "philosophy" of Ayn Rand. Someone else enjoys whacking the second one.

NOTE: This post has been scheduled for publication in a few hours because at some point I need to sleep. If anything bad happens between now and then, let the record show once again that I was officially against it.

Email ThisBlogThis!Share to TwitterShare to FacebookShare to Pinterest
Labels: Ayn Rand, the end of the world, the Rapture, wasting money

Not that many people in positions of power seem to care, but the majority of Americans strongly oppose the radical agenda being pushed by the right wing in Congress.

•reject the idea of raising the age of eligibility for these popular programs;

•hate the proposal to turn Medicare into a voucher or privatize Social Security;

•support taxing the rich and corporations to close the deficit and fund needed investment;

•and, while acknowledging the need to reduce deficits, place a higher priority on creating jobs and getting the sputtering economy growing.

DESTROYING MEDICARE IN ORDER TO SAVE IT here.

JAY VERSUS JOE. Here's a good Gazette editorial on the budget debate and how West Virginia's two senators find themselves on opposite sides. Please step away from the Dark Side, Senator Manchin.

A NEW CHARGE has been filed against a Massey Energy security officer. Meanwhile, tomorrow the independent investigation of the Upper Big Branch disaster ordered by then governor Manchin will be released tomorrow.

THE STATE OF THE STATES. Not good (although WV is doing fairly well for a change).

MY NECK OF THE WOODS didn't come out too good in a survey of well-being.

Take off the cap

NOTE: regular readers or email subscribers may have noticed a few missing posts last week. Apparently, the Blogger.com site was taken offline for some kind of repairs.

I have a feeling that many Republicans are backing away from Congressman Paul Ryan's plans to kill Medicare. This happy outcome was no doubt the result of the love they felt when they went back to their home districts and got an earful.

Still, there's a good chance they'll try--with the help of people like WV's Senator Joe Manchin--to push it through the back door by enacting a federal spending cap. As this item from The Washington Monthy argues, a spending cap is likely to be even worse than the Ryan plan. As Steve Benen put it,

if enforced, they'd obliterate the safety net and destroy any chance of progressive policymaking for a generation.

Things are getting serious. It's time to make some major noise.

Meanwhile, here's a good analysis from the Center on Budget and Policy Priorities that shows where the deficit came from and what can be done about it in a responsible way.

TRUMPED. Now that the Donald isn't running for president, does that open the path for an independent run by Gary Busey?

ANNOYED? A new book explains why. 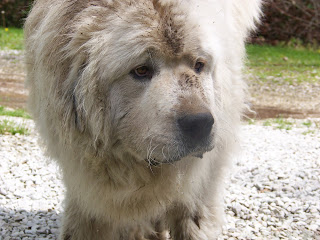 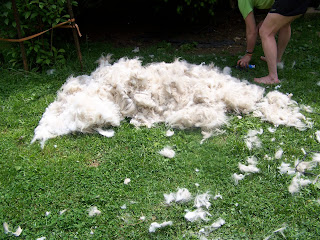 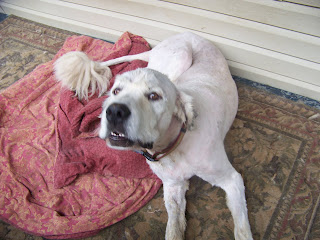 HOSTAGE CRISIS. The debt ceiling vote may be the next one.

CLASS COMPROMISE. Here's an op-ed by yours truly about the Romans and us.

BUDGET BATTLE. A number of groups in West Virginia, including the American Friends Service Committee, have weighed in against a federal spending cap and cuts to programs like Medicaid. The issues have also divided the state's US senators, one of which (Rockefeller) is great on the issue.

GET YOUR DYLAN FIX here.

SPEAKING OF WHOM, it looks like Dylan's lyrics are the most cited of any writer in American legal decisions.