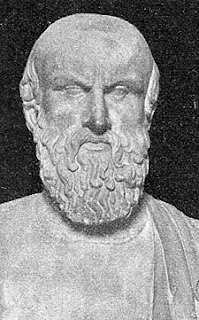 The theme at Goat Rope these days is hard times and how to get through them, not that we're dealing with that now or anything.

I am not one of those who thinks all suffering is beneficial. Most of it is just plain suffering that leads to more of the same. My first choice is to get rid of it.

Most people who have accomplished difficult things in life have had to overcome obstacles. And for many, the struggle itself gave them strength to go on and do great things (assuming they survived, of course). Athletes and others who do difficult things go through a long and arduous period of training and preparation.

Ancient myths and folktales are full of stories of heroes, heroines and sages who had to go through a painful initiation before they could accomplish their work.

According to the Greek tragedian Aeschylus,

He who learns must suffer. And even in our sleep pain that cannot forget falls drop by drop upon the heart, and in our despair, against our own will, comes wisdom to us by the awful grace of God.

The ancient Chinese sage Mencius aka Mengzi (4th century BC) put it this way:

When Heaven is about to confer an important office upon a man, it first embitters his heart in its purpose; it causes him to exert his bones and sinews; it makes his body suffer hunger; it inflicts upon him want and poverty and confounds his undertakings. In this way it stimulates his will, steels his nature and thus makes him capable of accomplishing what he would otherwise be incapable of accomplishing.

It doesn't always work out that way, but sometimes it does--and the world is better for it.

HUMAN RIGHTS. Today is International Human Rights Day. El Cabrero and amigos will be exercising some of ours today on behalf of winning others. Here's the UN Declaration. Too bad we haven't got there yet.

GOOD FOR THEM! It looks like those union workers sitting-in in Illinois are getting somewhere.

DEATH IN THE MINES. Massey Energy has been cited for an October Boone County mine fatality.

TEASING OUT the positive side of teasing is the subject of this article.

HOARDING can be bad for your health.