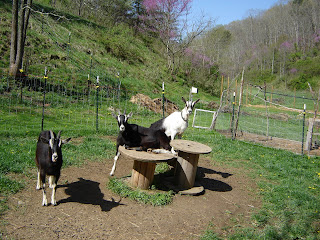 Don't even think about it.

Sometimes one good book will lead to another. I recently read and highly recommend Steven Pinker's The Blank Slate, even though I'm sure it will bust the bubbles of many readers who are uncomfortable about our animal origins.

In that book, he pretty much demolishes some cherished ideas, such as the belief that all human behaviors are purely social constructions ("the blank slate"), that all nasty human traits are the result of culture ("the noble savage"), and that our minds are somehow floating ghosts that haunt the region of our heads ("the ghost in the machine").

In one part of the book, Pinker revisited the ideas of Thomas Hobbes and referred to a study by Richard Nisbett and Dov Cohen that found that

violent cultures arise in societies that are beyond the reach of law and in which precious assets are easily stolen. Societies that herd animals meet both conditions. Herders tend to live in territories that are unsuitable for growing crops and thus far from the centers of government. And their major asset, livestock, is easier to steal than the major asset of farmers, land. In herding societies a man can be stripped of his wealth (and of his ability to acquire wealth) in a blink. Men in that milieu cultivate a hair trigger for violent retaliation, not just against rustlers, but against anyone who would test their resolve by signs of disrespect that could reveal them to be easy pickings for rustlers.

Golly willikers, I wonder what it would be like to grow up in a culture like that? And keep your hands of my goats, bub...

But seriously, that is an interesting idea. Sometimes cultural norms often long outlive the situation that gave birth to them. But if you think about it, many people all over the US and the world live in situations where there is no positive relationship with a governing authority and where all the perceived good things of life--from respect and status to money and valuables--can be taken away.

CRYSTAL BALL. Here is one prediction about the near future of the economy in El Cabrero's beloved state of West Virginia. Short version: bad but maybe not as bad as the nation as a whole. That'd be a switch.

OWN TO RENT. Economist Deal Baker proposes a simple solution to the foreclosure crisis here.

THE SOUL IN THE STONE. An archaeological artifact reveals ancient attitudes towards immortality.