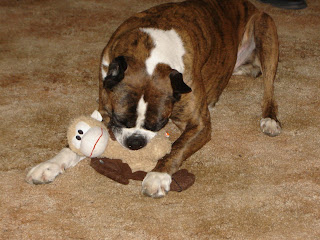 El Cabrero is musing this week about how some cultures evolved in situations which promoted the use or threat of violence as a survival asset. Let me state again that people who want to make the world less violent would do well to try to understand the factors that contribute to violence.

As I mentioned yesterday, the researchers Richard Nisbett and Dov Cohen came up with some interesting findings as reported in their book, Culture of Honor: The Psychology of Violence in the South. I consider Appalachia to be a distinct cultural area from the deep south but they discuss that region as well.

The authors note that one leading cause of male violence is

the sense of threat to one of his most valued possessions, namely, his reputation for strength and toughness. In many of the world's cultures, social status, economic well-being, and life itself are linked to such a reputation. This is true wherever gaining resources, or keeping them, depends on the community's believing that the individual is capable of defending himself against predation. If resources are abundant or are not subject to theft (like those of most traditional farming peoples, for example), then a reputation for toughness has little value. But if resources are in a scarce or unpredictable supply, and if they are sufficiently portable that theft is a practicable route to bounty, then toughness has great economic value. Potential predators will go elsewhere rather than risk dealing with a man who knows how to defend himself and his possessions and who appears to be not afraid to die.

Again, such cultural values tend to develop in herding societies, where wealth is mobile, but they can last long after social conditions have changed.

I would write more about this subject today, but I'm off on a cattle raid...

SITTING HERE IN LIMBO. Waiting for decisive action on the economy even for a few months could be really, really bad, as Paul Krugman argues in today's op-ed.

THINKING BIG. From Foreign Policy, here's an interview on the state of things with economist Jeffrey Sachs.

CAR TALK. Here's Dean Baker on the proposed bailout to the automotive industry.