Would you settle for the appearance of humility? 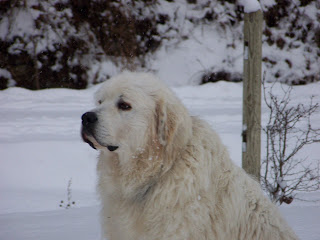 Arpad, aka Vanilla Iceberg, has mastered the appearance of humility.

El Cabrero has been having fun here lately with American founder Benjamin Franklin. This week's focus is on his quest for moral perfection.

(Been there, done that, put "Mission Accomplished" on the old aircraft carrier.)

As mentioned earlier, he had a little trouble with the virtue of humility, although he did make progress on seeming to be humble:

I cannot boast of much success in acquiring the reality of this virtue, but I had a good deal with regard to the appearance of it. I made it a rule to forbear all direct contradiction to the sentiments of others, and all positive assertion of my own. I even forbid myself, agreeably to the laws of our Junto, the use of every word or expression in the language that imported a fix'd opinion, such as certainly, undoubtedly, etc., and I adopted, instead of them, I conceive, I apprehend, or I imagine a thing to be so and so; or so appears to me at present.

Well, that's a start. But his method does have some practical merit:

When another asserted something that I thought an error, I deny'd myself the pleasure of contradicting him abruptly, and of showing immediately some absurdity in his proposition; and in answering I began by observing that in certain cases or circumstances his opinion would be right, but in the present case there appear'd or seem'd to be some difference, etc.

I soon found the advantage of this change in my manner; the conversations I engag'd in went on more pleasantly. The modest way in which I propos'd my opinions procur'd them a readier reception and less contradiction; I had less mortification when I was found to be in the wrong, and I more easily prevail'd with others to give up their mistakes and join with me when I happened to be in the right.

I guess you could call that strategic humility.

EVERY MOUNTAIN SHALL BE BROUGHT DOWN, said Isaiah, but this isn't probably what he meant.

INVISIBLE WOUNDS. Brain injuries often dismissed as concussions are likely to be the most pervasive combat wounds suffered by soldiers in Iraq and Afghanistan.

GREEN JOBS. Improving energy efficiency could create thousands of jobs in Appalachia. And probably everywhere else too.