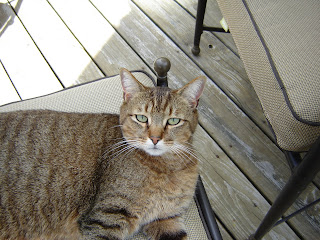 As noted yesterday, as a young man Benjamin Franklin, whose Autobiography is the theme lately at Goat Rope, took it upon himself to achieve moral perfection.

It would be hard to say something like that today with a straight face...

Not surprisingly, he found his task difficult:

I concluded, at length, that the mere speculative conviction that it was our interest to be completely virtuous, was not sufficient to prevent our slipping; and that the contrary habits must be broken, and good ones acquired and established, before we can have any dependence on a steady, uniform rectitude of conduct.

From his reading and further rumination, he came up with a list of requisite virtues to pursue which he committed to writing. The first list included temperance, silence, order, resolution, frugality, industry, sincerity, justice, moderation, cleanliness, tranquility, and chastity.

He showed the list to a Quaker friend, who

having kindly informed me that I was generally thought proud; that my pride show'd itself frequently in conversation; that I was not content with being in the right when discussing any point, but was overbearing, and rather insolent, of which he convinc'd me by mentioning several instances; I determined endeavoring to cure myself, if I could, of this vice or follow among the rest, and I added Humility to my list, giving an extensive meaning to the word.

Leave it to a Quaker to bust your bubble...

SPEAKING OF RELIGION, here's a discussion of the results of a recent survey on religious identification in the US. There have been some major changes since the 1990s.

ON A RELATED NOTE, here are some reflections on religion, morality, and the idol of unfettered capitalism.

SERENITY NOW! Anger and hostility are bad for the heart, especially the male heart.

YOU MUST REMEMBER THIS. If you can.