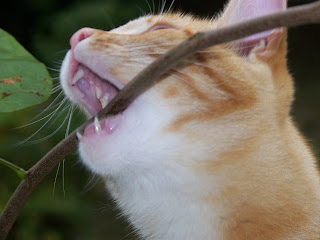 As mentioned in earlier posts this week, the intrepid Benjamin Franklin set for himself the task of attaining moral perfection. (El Cabrero is far to modest to say in passing that I accomplished this long ago.)

In his methodical way, he came up with a list of virtues, along with a brief maxim for each. He then set about working on one virtue per week until he ran through the list and then started over, even making a chart to note his progress. Here's the list:

1. TEMPERANCE
Eat not to dullness; drink not to elevation.


2. SILENCE
Speak not but what may benefit others or yourself; avoid trifling conversation.


3. ORDER
Let all your things have their places; let each part of your business have its time.


4. RESOLUTION
Resolve to perform what you ought; perform without fail what you resolve.


5. FRUGALITY
Make no expense but to do good to others or yourself, i.e., waste nothing.


6. INDUSTRY
Lose no time; be always employed in something useful; cut off all unnecessary actions.


7. SINCERITY
Use no hurtful deceit; think innocently and justly, and, if you speak, speak accordingly.


8. JUSTICE
Wrong none by doing injuries or omitting the benefits that are your duty.


9. MODERATION
Avoid extremes; forbear resenting injuries so much as you think they deserve.


10. CLEANLINESS
Tolerate no uncleanliness in body, clothes, or habitation.


11. TRANQUILITY
Be not disturbed at trifles, or at accidents common or unavoidable.


12. CHASTITY
Rarely use venery but for health or offspring, never to dullness, weakness, or the injury of your own or another's peace or reputation.

I don't know where to start with a list like that. I think things like industry, moderation, resolution and sincerity are OK, in moderation. But half the fun of speech is trifling conversation. As a cradle Episcopalian, I have some serious problems with including temperance on the list. And don't even mention order. Finally, since this is a family blog, I will leave venery to the Gentle Reader's imagination.

While I find the quest for moral perfection amusing in the highest, I do agree with Ben on this: one virtue at a time is plenty. Maybe even too much.

A LITTLE FRUGALITY when it comes to military contracting might not be a bad idea.

BATTLE OF THE BUDGET. The federal budget proposed by President Obama will be the first stage of the struggle for universal health care.

WV ITEMS. A collective bargaining bill for public employees has been introduced in the state senate. Mountaintop removal opponents are pushing the Obama administration to take steps to ban it.

ANIMAL MAGNETISM. Stop the presses! Cows tend to line up along a north/south axis.