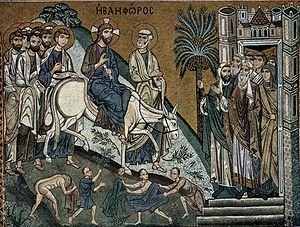 Palm Sunday is probably the most ambiguous holy day in the Christian calendar. It marks the triumphal entry of Jesus into Jerusalem, where the throngs said "Blessed is he who comes in the name of the Lord."

But it's also less than a week away from Maundy Thursday and Good Friday, the days that mark his agony in the garden, arrest, scourging and crucifixion.

Even for the non-religious, this holy day can speak of the changeability of human affairs, of the human heart, and especially of human crowds. It doesn't take long for cries of "Hosanna!" to turn into shouts of "Crucify!"

This Palm Sunday marks the 30th anniversary of the death of one of West Virginia's finest authors, Breece Pancake of Milton. To be exact, since Palm Sunday is a movable feast, the actual anniversary of his death is April 8th, but I'll stick to the religious calendar.

Pancake began publishing stories in The Atlantic and literary journals in the late 1970s when he was a graduate student at the University of Virginia. His stories, for the most part set in a fictionalized Milton he called Rock Camp, were often dark but strongly compelling.

For reasons nobody will know, Pancake shot himself on Palm Sunday. A convert to Catholicism, he had attended Mass earlier that day. I have the feeling that it was brought on by a sudden rush of panic rather than any kind of premeditation.

A volume of his was posthumously published as The Stories of Breece D'J Pancake in 1983 and is still in print and has been translated into several languages.

For me, the holy day and the sad anniversary will always be associated. If you haven't taken a look at his work, I'd highly recommend it.
by El Cabrero