I didn't know there was an essay contest 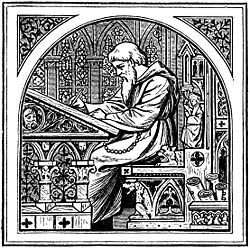 El Cabrero is looking back lately on 20 years this month of working on economic justice issues in WV for the American Friends Service Committee.

(Did you notice that there were five prepositional phrases in that sentence? That can't be right...My bad.)

As I mentioned yesterday, it all started by seeing a want ad for the kind of job I'd dreamed of being able to do. I was a definite long shot but, being kind of desperate, I decided to take a chance by sending in a letter of inquiry and asking for an application.

As they say in Vermont, Jeezum Crow! After a few days I got this package in the mail that contained more hard essay questions than the comprehensive sociology exam I would later take in graduate school. I didn't keep a copy of the original list, but it kind of reminded me of the questions they ask on beauty pageants, only harder and with more social content.

Lucky for me, there was no swimsuit or talent component.

I'm not sure they do that any more, but it probably served the purpose of weeding out people who weren't serious--or, in my case, desperate. I stuck in a few copies of op-eds I'd written on social justice issues, crossed myself, and dropped it in the mail.

If memory serves, I also had to get people who knew me to send in supporting documents. Needless to say, the payback was hell...

The essay contest was just a warm up for the interview I was excited to get. There was a whole roomful of people, many from outside of West Virginia. I had talked myself out of jobs during interviews on at least one major occasion but decided to be honest anyway.

It got really dicey when someone asked what the biggest influence on my life was. I told the truth that it was probably the years I'd spent studying the martial arts. It was kind of like the part in the Alice's Restaurant song where they all scooted away from me on the Group W bench. But, with a little help from a friendly interviewer, I was able to establish that these arts were practiced for reasons of cultivation and discipline rather than violence.

I also went out on a limb in talking about how things that may work in other places might not fly in Appalachia. The same interviewer, an African-American woman who grew up in Logan County, kept laughing and shaking her head, saying "I've been telling these people the same thing for years." We'd later become close friends.

I left the interview thinking I'd probably blown it, but, lo and behold, they made the offer.

Then the real fun began...

CALL ME A PSYCHIC, but I predict a genuine WV ruling class hissy fit over this.

BUDGET. President Obama presented his budget priorities last night. Earlier in the day, a number of WV groups including AFSC tried to make some noise in support of it.