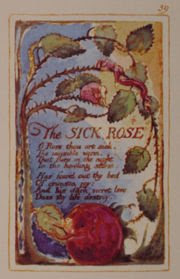 For about eight years, I taught pre-GED classes in Head Start centers in southern West Virginia. Most of those who attended were mothers of young children in the program, although it was open to anyone who was interested. Some were on public assistance and most if not all were living in or near poverty.

In a bit of a strange turn, I found that I enjoyed teaching math although I was pretty bad at it. In fact, it was only in my second year of teaching that I finally figured out how to do ratio and proportion problems: cross multiply and divide.

(I think the students thought I was playing dumb to make them look good but that was not the case.)

And while I've done a lot of writing, I found that subject much harder to teach. At least math at that level had rules, whereas it always seemed to me that writing had infinite possibilities.

One thing I did make an effort to do was not just stick to the GED study books but to bring in at least some major works of literature for students to read and discuss. As noted in earlier posts this week, I believe that the humanities can be especially important for disadvantaged people.

Among the things we'd read aloud and discuss were poetry by Emily Dickinson, Langston Hughes, and William Blake, stories by Poe (I once even tortured them with Hawthorne's "Young Goodman Brown") and works like the Declaration of Independence and speeches by Lincoln.

Of all the things I brought in, selections from Blake's Songs of Innocence and of Experience seemed to have the deepest impact. Some would cry over the chimney sweeper poems or make the political connections from "London." One very young mother in a tough situation seemed to find in "The Sick Rose" an inspiration for a proto-feminist awakening.

Something really powerful happens when people who haven't had the opportunity get a chance to read, reflect, think and talk about ideas. I would argue that it's even profoundly political in the broad sense.

BAILOUT MESS. In this piece, David Sirota argues that we've been had and suggests things to do about it.

CAPITALISM ON THE BRAIN. Here's an item about how unregulated capitalism short circuits the moral sense. My favorite part is a quote by the great primatologist Frans B.M. de Waal: "You need to indoctrinate empathy out of people in order to arrive at extreme capitalist positions."

IN THE EVENT THAT YOU WERE WONDERING ABOUT THE TUSKS OF BEAKED WHALES, click here.