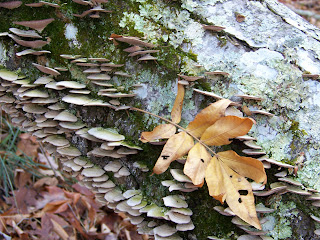 Photo by La Cabra. I'm not sure it has anything to do with the topics discussed today.

Every so often, it's kind of fun to read a book about survival in extreme situations. One recent book along those lines that I'd recommend is Deep Survival: Who Lives, Who Dies, and Why by Laurence Gonzales.

Gonzales came about his interest in the subject honestly. During World War II, his father, a B-17 bomber pilot, miraculously managed to survive a 27,000 foot crash without a parachute, not to mention captivity in a German prisoner of war camp. He's pushed the envelope a time or two on his own as well.

One thing that makes his book a little different from plain narratives is that he attempts to look at the scientific data involved and draw some general conclusions that can be useful in all kinds of situations.

I was pleased, but not surprised, to find his book peppered with mentions of Zen Buddhism, Lao Tzu and the Taoist tradition.

He hit on some of my favorite themes (and pet peeves) in his discussion of the role of planning and how it can sometimes get in the way of dealing with things as they are.

Planning is fine, as long as you don't get stuck in it:

In an environment that has high objective hazards, the longer it takes to dislodge the imagined world in favor of the real one, the greater the risk. In nature, adaptation is important; the plan is not. It's a Zen thing. We must plan. But we must be able to let go of the plan, too.

THE MAIN EVENT. Here's a look at the coming battle over the Employee Free Choice Act.

MORE FUN WITH THE WV SUPREMES. I missed this one Sunday. Here's the NY Times on Massey Energy, Don Blankenship, and the WV Supreme Court, all of which are entwined in a case before the US Supreme Court.

MICROLENDING. In the wake of the recession, interest in this kind of financing is growing.

NEED TO SEE SOME COOL MARINE BIOLOGY VIDEOS? No problem.

ONE OF THE DEADLY SINS is envy.