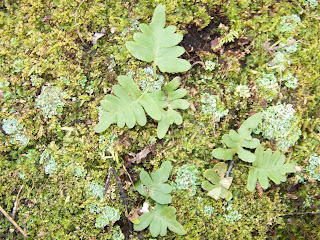 El Cabrero tries not to have too many pet peeves. But some just keep peeving away.

One of my biggest has to do with the subject of planning, especially in the context of working on social justice issues. I'm not opposed to the idea of planning or even the practice of it. It's just that life is full of random and unexpected events that we can't predict in advance.

As I've ranted here before, we are not all that great at knowing the future (ditto the present and the past) and we don't control other people and institutions (and have some self-control issues as well).

In the martial arts, a good practitioner often has no idea what he or she will do 30 seconds into a fight. You may have some general ideas or preliminary plans but in practice what you do should be a function of what your opponent does.

The best chance we have of winning at many things is to pay attention and act in accordance with the situation in the moment. This means we being flexible. As Lao Tzu wrote in the Tao Te Ching:

A man is born gentle and weak.
At his death he is hard and stiff.
Green plants are tender and filled with sap.
At their death they are withered and dry.

Thus an army without flexibility never wins a battle.
A tree that is unbending is easily broken.

The hard and strong will fall.
The soft and weak will overcome.

In yesterday's post I mentioned Laurence Gonzales' book Deep Survival: Who Lives, Who Dies, and Why. In the context of making it through extreme situations, he writes that:

...Rigid people are dangerous people. Survival is adaptation, and adaptation is change, but it is change based on a true reading of the environment...

Those who avoid accidents are those who see the world clearly, see it changing, and change their behavior accordingly. This will not save everyone from everything. Nothing will. But it will hep a great deal in most situations.

WILL IT WORK? The Energy Department is trying to bury carbon. It's not the whole answer but it would be kind of nice if it worked.

THE WHEEL TURNS. The EPA may be considering reversing some of Bush's coal policies, which essentially involved letting coal companies do whatever they wanted to.

LIVING DANGEROUSLY. The young and uninsured do just that.

BABOONS MAYBE, BUT PIGEONS? Some research suggest they may be smarter than we thought.