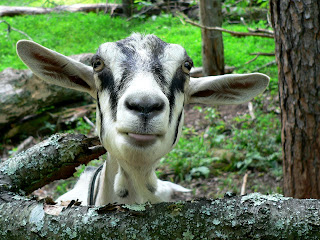 The theme at Goat Rope these days is the bankruptcy of "conservative" economic theory, which is pretty clear these days. But before getting there, I think it's a good idea to clear up some misconceptions.

One such is the idea that progressives want to use the government to redistribute wealth, while those who call themselves conservative believe in leaving it to "the market."

As the economist Dean Baker has pointed out over and over again, the reality is that both use the government to redistribute wealth. The main difference is that the former use it to distribute wealth upward and the latter prefer to use it to benefit those with low or moderate incomes--and this has been true for well over a century.

As Baker points out in his free web book The Conservative Nanny State (linked above), there are any number of ways that state power has been used to spread the wealth upward. These include:

*chartering corporations. These were not present from the day of creation. In fact, corporations are legal entities recognized by governments which protect investors from legal liabilities and enjoy the same legal rights as persons. If a sole proprietor or partnership incurs serious debts or liabilities, the owners are responsible for the whole thing. Corporations protect investors by limiting what they can lose if things go south.

*issuing patents, which give some businesses an artificial monopoly for a period of time as a reward for innovation. I'm not debating the value of the idea, just pointing out that in a really free market system, people would be free to make knock offs of inventions and sell them for less than those who came up with them.

The list could go on and on but you get the idea.

STIMULATE US. If your congressperson is sitting on the fence about the American Renewal and Reinvestment Act, which would help those hardest hit by the recession and help get things moving again, this would be a good time to give them a nudge.

RESTORING THE BALANCE. Here's Robert Reich on the role unions can play in rebuilding the middle class--but we'll need the Employee Free Choice Act to get there.

MILITARY MARRIAGES are often another casualty of war.

SCIENCE IS BACK, which is probably a good thing.