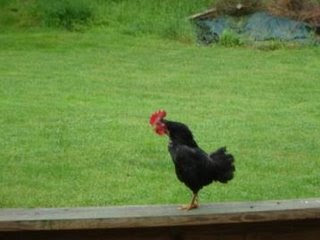 The philosopher of science Thomas Kuhn hit a home run in 1962 when he published The Structure of Scientific Revolutions. Part of his theory was that in any given period, people make us of dominant models or paradigms to explain the world.

When problems grow with the older paradigm, some innovators develop alternate paradigms to better account for observations. From time to time, the new model triumphs and the old paradigm is put on the shelf--often after a bitter fights and with some people still clinging to the old.

In American economic history, we've seen three paradigms rise and fall (and maybe rise again). One was the classic idea of lassez faire or unregulated capitalism, in which there was little government interference with the economy--although, as I argued in yesterday's post, in reality the government often intervened on behalf of the wealthy.

It wasn't that bad a model in an age of small, independent producers and a truly competitive economy. But as economic power centralized and as economic crises became more and more serious--and even threatened the survival of capitalism itself--another paradigm emerged.

The new model is associated with the great English economist John Maynard Keynes and it recognized that sometimes markets could totally melt down. Keynes advocated a role for regulation, public investments, and transfer payments to promote economic stability and a rising standard of living for all.

This model was dominant from the New Deal era to the Reagan era and it enjoyed considerable success until the oil-related stagflation of the late 1970s. Meanwhile, there were those who were hostile to the Keynesian paradigm from the beginning, even though it may have saved capitalism from an even more serious crisis in the 1930s.

A coalition of right wing politicians and "free market" economists mounted a political and economic assault, promoting a model that is sometimes called "neo-classical." It called for deregulation, tax cuts, reduction or elimination of the social safety net, etc. and has been the dominant model from around 1980 until the latest economic meltdown.

For the life of me, though, I'm amazed that it lasted this long or took so long to crash. At this moment that paradigm is pretty much dead and it's not clear whether the next one will be a revived and updated Keynesianism or something else. Our situation is like that of the old Chinese curse: "May you live in interesting times."

SPEAKING OF KEYNES, here's New Republic writer John B. Judis on the continuing relevance of his ideas.

DEAD ENDERS. Opponents of a the American Recovery and Reinvestment Act, the economic stimulus package developed by the House and supported by President Obama, are pulling out the stops and plugging the failed policies of the past.

COUNTRY MATTERS. Here's an interview with writer Wendell Berry on rural life, community and such.

HERE WE GO AGAIN. WV Supreme Court Justice Brent Benjamin is planning on hearing another case involving Massey Energy. Benjamin, then a political unknown, was elected in 2004 after Massey CEO Don Blankenship spent over $3 million to elect him. The US Supreme Court has agreed to hear a case that questions the propriety of Benjamin participating in cases involving Massey.

SPEAKING OF WHICH, some Mingo County residents are going to sue Massey for polluting their water with coal sludge.