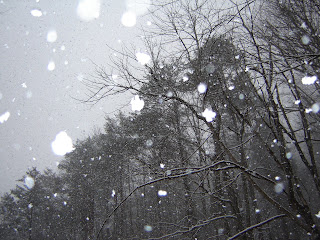 The theme here lately is the failure of "conservative" economic policies, which is one of those topics where figuring out where to start is harder than figuring out what to say. The reader will also find links and comments about current events below.

One main feature of the failed economics of the past is a cult like worship of "markets," which are endowed with some kind of supernatural intelligence by true believers. In the real world, there are all kinds of ways markets can fail, as even the most mainstream economics textbook will say. Here are a few:

*Imperfect competition. Adam Smith famously said in The Wealth of Nations that

It is not from the benevolence of the butcher, the brewer, or the baker that we expect our dinner, but from their regard to their own interest.

But one big difference between Smith's day and our own is the eclipse of small independent butchers, brewers and bakers and the rise of giant corporations which often dominate markets and distort prices. Some forms of imperfect competition are monopolies or oligopolies (domination of an economic sector by a few businesses).

*Externalities. In an ideal market situation, which generally only exists inside the heads of true believers, prices "tell the truth," so to speak, about the costs of the products. Often however, there are social costs passed on to the public or to individuals which don't show up on any corporation's bottom line. Climate change is a classic example, but so are the numerous cases of people and communities damaged by sickness, pollution, etc. as the result of economic activity. The tendency is to socialize the costs while keeping the profits private.

*Information asymmetries. Market transactions can also go awry when one party has more or better information than another and is thus able to take advantage of the situation. Imagine, hypothetically, that some people made big bucks (for a while) selling mortgage based derivatives and other such "financial instruments" to people who got burned in the process. Golly, good thing that never happens...

Another problem with markets is that they don't do a good job of providing for public goods like roads, bridges, schools, fire and police protection, etc.

I won't even go into crony capitalism, i.e. the use of political influence to win profits and advantages for big businesses. Imagine, for example drug company lobbyists writing a prescription drug benefit bill or credit card companies writing bankruptcy legislation. Good thing that never happens, either...

All of this isn't to say that markets are evil and should be banned. It's just to point out that there are lots of ways they can mess up and melt down, which is why there is also a need for a degree of regulation. The market=God idea is one that is long overdue for a decent burial.

HOW'S THE WEATHER? El Cabrero and the gang at Goat Rope Farm were without phone, water, electricity and email since Tuesday. Here's hoping the Gentle Reader made it through the storm. I'm scheduling this post early in case the power is gone tomorrow. If anything really bad happens between now and then, please accept our condolences. If anything really good happens, please accept our congratulations.

STIMULUS PASSES. The US House passed the stimulus package yesterday along party lines.

SPORTS AND SUCH are the subjects of the Rev. Jim Lewis' latest edition of Notes from under the Fig Tree.

ANTIWHAT? Here's a list of five world leaders accused of being the Antichrist. (Personal note: those who picked #5 might have been onto something. )

The market can stay irrational longer than you can stay solvent. ~ John Maynard Keynes
This ice and snow storm has 200,000+ homes without electricity here in Kentucky and is being called the second worst ice storm in the Commonwealth’s history. I hope you have power with out much delay.

Hi Nick,
I love that quote. We got power last night, for the time being. I hope you are well.