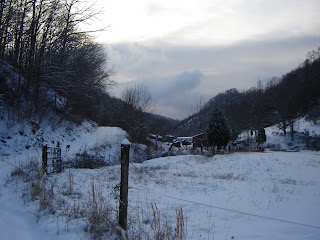 El Cabrero has been musing lately about how sometimes I've been deeply influenced by brief and random conversations. It kind of makes me wonder how much more I might have learned if I'd been paying attention...

Somehow, when the topic or Arlo or Woody Guthrie came up, he told me that there were some verses of "This Land is Your Land" that didn't make into the school music books. I was curious and looked them up and have since been a big fan of musical subversion.

These are the ones he was talking about:

As I was walkin' - I saw a sign there
And that sign said - no tresspassin'
But on the other side .... it didn't say nothin!
Now that side was made for you and me!

In the squares of the city - In the shadow of the steeple
Near the relief office - I see my people
And some are grumblin' and some are wonderin'
If this land's still made for you and me.

HARD TIMES FOR COLLEGES and for people trying to go.

WHERE'S JOE THE PLUMBER WHEN YOU NEED HIM? Here's economist Dean Baker on the bailout, which is spreading the wealth around to those who don't need it.

WORKING WEST VIRGINIA. El Cabrero was one of the co-authors of a new report from the WV Center on Budget and Policy looking at the state of working people in West Virginia over the last 30 years. Here's the press release with a link to the full report.