A bridge of silver 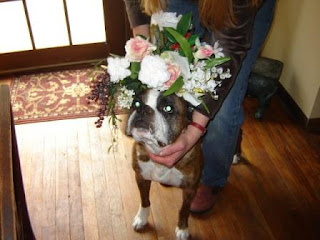 This picture has nothing to do with the topic at hand.

You can get good advice in brief and even random conversations sometimes. As I mentioned yesterday, I got some very good advice about dealing with people when I began working in the public library of one of my state's major cities over 20 years ago.

The advice was, in essence, never corner a crazy person. Since then, I've added the following: we're all crazy sometimes. Pushing someone into a literal or metaphorical corner where there's no way out but through you can cause a situation to escalate out of control. I've tried to avoid doing that over the years and it's been pretty useful.

Conversely, providing people with a graceful and face-saving way out of a bad situation can smooth the waters. Possibly one reason the American Civil War ended as civilly as it did (and didn't turn into a decades-long guerrilla war) was the courteous and generous terms offered to Robert E. Lee's army by Grant.

Years after that conversation in a library, I stumbled upon a similar thought in--of all places--Francois Rabelais' (1494-1553) hilarious and bawdy novel Gargantua and Pantagruel. (The book also offers an interesting and amusing menu of toilet paper substitutes, but I'll leave that to the Gentle Reader to discover.)

In that book, the genial giant Gargantua puts it like this:

...according to the true military practice you must never drive your enemy into the straits of despair, because such a plight multiplies his strength and increases his courage; which was cast down and failing before. There is no better aid to safety for men who are beaten and dismayed than to have no hope of safety whatever. How many victories have the conquered wrested from the hands of the victors when the latter have not been satisfied with moderation, but have attempted to make a complete massacre and totally to destroy their enemy, without leaving so much as one alive to convey the news! Always leave every door and road open to your enemies. Make them a bridge of silver, in fact, to help them get away.

LUXURY SHAME. Newsweek reports that some very rich folks are trying to make their consumption a bit less conspicuous in hard times.

STRESSED OUT. The number of Americans feeling that way has increased in recent times according to a psychological survey.

ZZZZ. Here's another plug for taking a nap.