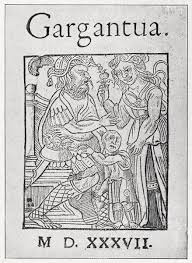 In the infernal depths of the Reagan era, I started working in the reference department of the main Cabell County Library in Huntington. Before that, I'd spent several relatively happy if ill paid years working at the branch in my hometown of Milton. It was a different world.

Huntington was and is one of WV's larger cities and was an industrial powerhouse at one time. All of which went to hell around then. It was a perfect storm of greed, deindustrialization, deinstitutionalization of  people with mental health issues without adequate community services or resources, rising homelessness in the process of become normalized, and slashes to the safety net.

All of this meant that lots of people were under extreme stress without a lot of safe places to go, the library being one. Part of the job was making sure it was a welcoming but safe place for all and occasionally defusing situations with people having a bad day or evening or year.

At the time, I was given the following advice from someone who had been at it a while about dealing with people in challenging situations: "never back somebody into a corner."

I think it was originally meant literally as some of the library stacks involved dead end rows of shelves, but that advice has served me well over the years. As a point of general strategy, violence prevention or even self defense, it's not usually a good idea to put a potential opponent or person of concern in a position where their only way out is through you. As the saying goes, back a mouse into a corner and it will fight like hell.

Whenever possible, and it isn't always, I think it's a good idea to give opponents and people we meet in challenging situations a graceful way out. It's basic de-escalation.

I found this idea beautifully expressed in Rabelais'  hilarious and occasionally scatological 16th century novel Gargantua and Pantagruel, where the genial giant Gargantua puts it thus:

"For according to true military practice you must never drive your enemy into the straits of despair, because such a plight multiplies his strength and increases his courage; which was cast down and failing before. There is no better aid to safety for men who are beaten and dismayed than to have no hope of safety whatever. How many victories have the conquered wrested from the hands of the victors when the latter have not been satisfied with moderation, but have attempted to make a complete massacre and totally destroy their enemy, without leaving so much as one alive to convey the news! Always leave every door and road open to your enemies. Make them a bridge of silver in fact, to help them get away."

I think about Gargantua's advice today in the context of trying to influence certain politicians...let's say a US senator for example...to support policies you want them to take, such as, hypothetically speaking, to extend the Child Tax Credit.

I don't think it's a good idea to demonize such an person and place them in a position where doing what you want seems like a defeat and humiliation, since this can often just stiffen their resistance. It's even worse to attempt a show of force when you don't have any.

To have a chance of actually getting things like that done, we need to make a bridge of silver not burn one.